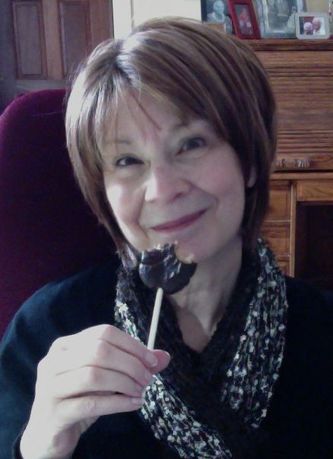 Diane Chamberlain is the New York Times, USA Today and (London) Sunday Times best-selling author of 27 novels. The daughter of a school principal who supplied her with a new book almost daily, Diane quickly learned the emotional power of story. Although she wrote many small “books” as a child, she didn’t seriously turn to writing fiction until her early thirties when she was waiting for a delayed doctor’s appointment with nothing more than a pad, a pen, and an idea. She was instantly hooked.

Diane was born and raised in Plainfield, New Jersey and lived for many years in both San Diego and northern Virginia. She received her master’s degree in clinical social work from San Diego State University. Prior to her writing career, she was a hospital social worker in both San Diego and Washington, D.C, and a psychotherapist in private practice in Alexandria, Virginia, working primarily with adolescents.

More than two decades ago, Diane was diagnosed with rheumatoid arthritis, which changed the way she works: She wrote two novels using voice recognition software before new medication allowed her to get back to typing. She feels fortunate that her arthritis is not more severe and that she’s able to enjoy everyday activities as well as keep up with a busy travel schedule.

Diane lives in North Carolina with her significant other, photographer John Pagliuca, and their odd but lovable Shetland Sheepdog, Cole

Necessary Lies (Necessary Lies, #1)
Bestselling author Diane Chamberlain delivers a breakout book about a small southern town fifty years ago, and the darkest—and most hopeful—places in the human heart

After losing her parents, fifteen-year-old Ivy Hart is left to care for her grandmother, older sister and nephew as tenants on a small tobacco farm.  As she struggles with her grandmother’s aging, her sister’s mental illness and her own epilepsy, she realizes they might need more than she can give.

When Jane Forrester takes a position as Grace County’s newest social worker, she doesn’t realize just how much her help is needed.  She quickly becomes emotionally invested in her clients' lives, causing tension with her boss and her new husband.  But as Jane is drawn in by the Hart women, she begins to discover the secrets of the small farm—secrets much darker than she would have guessed.  Soon, she must decide whether to take drastic action to help them, or risk losing the battle against everything she believes is wrong.

Set in rural Grace County, North Carolina in a time of state-mandated sterilizations and racial tension, Necessary Lies tells the story of these two young women, seemingly worlds apart, but both haunted by tragedy.  Jane and Ivy are thrown together and must ask themselves: how can you know what you believe is right, when everyone is telling you it’s wrong?
02

The Silent Sister (Riley MacPherson, #1)
In The Silent Sister, Riley MacPherson has spent her entire life believing that her older sister Lisa committed suicide as a teenager. Now, over twenty years later, her father has passed away and she's in New Bern, North Carolina cleaning out his house when she finds evidence to the contrary. Lisa is alive. Alive and living under a new identity. But why exactly was she on the run all those years ago, and what secrets are being kept now? As Riley works to uncover the truth, her discoveries will put into question everything she thought she knew about her family. Riley must decide what the past means for her present, and what she will do with her newfound reality, in this engrossing New York Times bestselling mystery from Diane Chamberlain.
03

The Secret Life of CeeCee Wilkes
In 1977, pregnant Genevieve Russell disappeared. Twenty years later, her remains are discovered and Timothy Gleason is charged with murder. But there is no sign of the unborn child.

CeeCee Wilkes knows how Genevieve Russell died, because she was there. And she knows what happened to her missing infant, because two decades ago she made the devastating choice to raise the baby as her own. Now Timothy Gleason is facing the death penalty, and she has another choice to make. Tell the truth and destroy her family. Or let an innocent man die in order to protect a lifetime of lies.
(back cover)
04

The Midwife's Confession
Dear Anna,
What I have to tell you is difficult to write, but I know it will be far more difficult for you to hear, and I'm so sorry—

The unfinished letter is the only clue Tara and Emerson have to the reason behind their close friend Noelle's suicide. Everything they knew about Noelle—her calling as a midwife, her passion for causes, her love for her friends and family—described a woman who embraced life.

Yet there was so much they didn't know.

With the discovery of the letter and its heartbreaking secret, Noelle's friends begin to uncover the truth about this complex woman who touched each of their lives - and the life of a desperate stranger - with love and betrayal, compassion and deceit.
05

The Stolen Marriage
Steeped in history and filled with heart-wrenching twists, The Stolen Marriage is an emotionally captivating novel of secrets, betrayals, prejudice, and forgiveness. It showcases Diane Chamberlain at the top of her talent.

One mistake, one fateful night, and Tess DeMello’s life is changed forever.

It is 1944. Pregnant, alone, and riddled with guilt, twenty-three-year-old Tess DeMello abruptly gives up her budding career as a nurse and ends her engagement to the love of her life, unable to live a lie. Instead, she turns to the baby’s father for help and agrees to marry him, moving to the small, rural town of Hickory, North Carolina. Tess’s new husband, Henry Kraft, is a secretive man who often stays out all night, hides money from his new wife, and shows her no affection. Tess quickly realizes she’s trapped in a strange and loveless marriage with no way out.

The people of Hickory love and respect Henry but see Tess as an outsider, treating her with suspicion and disdain. When one of the town’s golden girls dies in a terrible accident, everyone holds Tess responsible. But Henry keeps his secrets even closer now, though it seems that everyone knows something about him that Tess does not.

When a sudden polio epidemic strikes Hickory, the townspeople band together to build a polio hospital. Tess knows she is needed and defies Henry’s wishes to begin working at there. Through this work, she begins to find purpose and meaning. Yet at home, Henry’s actions grow more alarming by the day. As Tess works to save the lives of her patients, can she untangle the truth behind her husband’s mysterious behavior and find the love—and the life—she was meant to have?
06

When Caroline Sears receives the news that her unborn baby girl has a heart defect, she is devastated. It is 1970 and there seems to be little that can be done. But her brother-in-law, a physicist, tells her that perhaps there is. Hunter appeared in their lives just a few years before—and his appearance was as mysterious as his past. With no family, no friends, and a background shrouded in secrets, Hunter embraced the Sears family and never looked back.

And all for the love of her unborn child.

A rich, genre-spanning, breathtaking novel about one mother's quest to save her child, unite her family, and believe in the unbelievable. Diane Chamberlain pushes the boundaries of faith and science to deliver a novel that you will never forget.
07

Pretending to Dance
Molly Arnette is very good at keeping secrets. She lives in San Diego with a husband she adores, and they are trying to adopt a baby because they can't have a child on their own. But the process of adoption brings to light many questions about Molly's past and her family—the family she left behind in North Carolina twenty years before. The mother she says is dead but who is very much alive. The father she adored and whose death sent her running from the small community of Morrison's Ridge. Her own birth mother whose mysterious presence in her family raised so many issues that came to a head. The summer of twenty years ago changed everything for Molly and as the past weaves together with the present story, Molly discovers that she learned to lie in the very family that taught her about pretending. If she learns the truth about her beloved father's death, can she find peace in the present to claim the life she really wants?
08

The Good Father
Four years ago, nineteen-year-old Travis Brown made a choice: to raise his newborn daughter on his own. While most of his friends were out partying and meeting girls, Travis was at home, changing diapers and worrying about keeping food on the table. But he's never regretted his decision. Bella is the light of his life. The reason behind every move he makes. And so far, she is fed. Cared for. Safe.

But when Travis loses his construction job and his home, the security he's worked so hard to create for Bella begins to crumble...….

Then a miracle. A job in Raleigh has the power to turn their fortunes around. It has to. But when Travis arrives in Raleigh, there is no job, only an offer to participate in a onetime criminal act that promises quick money and no repercussions.

With nowhere else to turn, Travis must make another choice for his daughter's sake. Even if it means he might lose her.
09

Others notice the way he blurts out anything that comes into his mind, how he cannot foresee consequences, that he's more child than teenager. But his mother sees a boy with a heart as open and wide as the ocean.

Laurel Lockwood lost her son once through neglect. She's spent the rest of her life determined to make up for her mistakes, and she's succeeded in becoming a committed, protective parent—maybe even overprotective. Still, she loosens her grip just enough to let Andy attend a local church social—a decision that terrifies her when the church is consumed by fire. But Andy survives…and remarkably, saves other children from the flames. Laurel watches as Andy basks in the role of unlikely hero and the world finally sees her Andy, the sweet boy she knows as well as her own heart.

But when the suspicion of arson is cast upon Andy, Laurel must ask herself how well she really knows her son…and how far she'll go to keep her promise to protect him forever.

The Lies We Told
Maya and Rebecca Ward are both accomplished physicians, but that's where the sisters' similarities end. As teenagers, they witnessed their parents' murder, but it was Rebecca who saved Maya from becoming another of the gunman's victims. The tragedy left Maya cautious and timid, settling for a sedate medical practice with her husband, Adam, while Rebecca became the risk taker.

After a devastating hurricane hits the coast of North Carolina, Rebecca and Adam urge Maya to join them in the relief effort. To please her husband, Maya finally agrees. She loses herself in the care and transport of victims, but when her helicopter crashes into raging floodwaters, there appear to be no survivors.

Forced to accept Maya is gone, Rebecca and Adam turn to one another—first for comfort, then in passion—unaware that, miles from civilization, Maya is injured and trapped with strangers she's not certain she can trust. Away from the sister who has always been there to save her, now Maya must find the courage to save herself—unaware that the life she knew has changed forever.