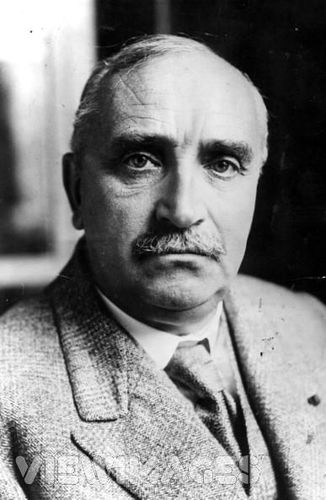 Paul Claudel was a French poet, dramatist and diplomat, and the younger brother of the sculptor Camille Claudel. He was most famous for his verse dramas, which often convey his devout Catholic faith.

Knowing the East
From the time he was a young man, Paul Claudel was fascinated by Asian cultures. The poet, playwright, and literary critic entered the French Ministry of Foreign Affairs as a diplomat to China and Japan while in his mid-twenties. He spent 18 years between 1895 and 1927 as a tireless observer of both countries' nature, customs, and art. One result is this beautifully-written volume of 61 prose poems Claudel composed over the course of a decade. They have been artfully translated from the French by poet and scholar James Lawler.

Lawler provides the most crisp and accurate translation now available of Claudel's work, which was first collected in a single volume and published in France in 1907. Included are notes on the poems as well as a biographical note on the poet. Lawler presents the author as a gifted observer who discovered himself in his experience of the East. Claudel felt that, without realizing it, he had been destined to encounter this exotic new world. There are countries we accept, he wrote, that we marry and straightaway adopt as we do a woman, as if they had been made for us and we for them.

Informed in part by a religious epiphany that Claudel experienced in his youth, Knowing the East reflects the author's passion for the natural and spiritual worlds. He writes of topics as diverse as coconut palms, banyans, Japanese pines; the Yang-tse; Confucian, Buddhist, and Shinto temples and tombs; hermitages, festivals for the dead, rice-harvests and torrential rain. Filled with resonant images, Knowing the East is a feast for the senses--and a book to be savored again and again.

I Believe in God: A Meditation on the Apostles' Creed
This classic work by the great French poet and writer Paul Claudel is a soaring meditation on the profound Christian truths of the Apostles' Creed. Claudel, a deeply spiritual Catholic poet who meditated at length on what the Church taught him, is filled with ecstasy and wonder as he celebrates his faith, his hope, and his love. The reader will be captivated by the profundity of thought, the enthusiastic faith, the deep sense of joy, the fresh and vivid images, occasionally tinged with a delightful humor that is unforgettable. Claudel marvels at the goodness and love of God, at his work of creation and redemption, and at Christ and the Blessed Virgin. Along with Claudel's meditations and mystical insights, each chapter includes a brief statement of doctrine based on the Summa of St. Thomas and the Catechism, along with a few explanatory words showing the relation of this theology to Claudel's poetry.
09

A Hundred Movements For A Fan