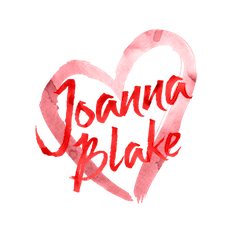 Joanna Blake loves good old fashioned romance, men who open doors and work with their hands. Hot Blooded Heroes is a series of sizzling stories about True Blue American men and the women who love them. She's thrilled to be collaborating with Pincushion Press on her new series! Come along for the ride!
XoX,
Joanna
*********

Joanna loves to hear from her fans! Please contact her at JoannaBlakeRomance@gmail.com

Wanted By The Devil (Devil's Riders, #1)
I’ve waited years for her to grow up. Now it’s time. I won’t be gentle and I won’t be kind. I’m taking what is mine.

Wherever I went, I heard it: the sound of a purring motorcycle behind me. They never bothered me or said a word. But I knew they were there because of him. Devlin McRae, the head of the local MC.

Being followed all the time like this was disconcerting. And lately, the bikes had been getting closer, less secretive, more obvious. What would I do if Devlin ever caught me?

The first time I saw her she was too young.

I had to wait. I hated it, but I’d promised her mother I would wait for her to grow up. The sweet little waitress from Mae’s diner was going to be mine.

She just didn’t know it yet.

Wanted By The Devil is a brand new second edition of the first book I ever wrote! It has been expanded and rewritten, with a gorgeous new cover by Mayhem Cover Creations! It is the first in the Devil's Riders series that can be read as a standalone novel with no cheating and a Happy For Now (read the rest of the series for the HEA!) I am so excited for you to read it. Enjoy!
Xoxox,
Joanna

Ride With The Devil (The Devil's Riders, #2)
I'm big and mean. I like it dirty. She's off limits and way too innocent. But I'd like to see someone try and stop me.

When my career as a dancer is sidelined due to an injury, I have no idea what to do with my life. My best friend Kaylie is dating the head of the Devil’s Riders, so I tag along when she hangs out at the club.

That’s when I see him. The one they call the Viking.

He never says a word, but his eyes burn into me. He watches out for me, even kisses me, but that’s it. The man refuses to take the next step.

I know he wants me. I just need to tip the big guy over the edge.

You know what they say about the big ones, right?

I’m big and mean and I don’t give a damn about anything but the Riders. But when the fiesty redhead shows up with the Prez’s old lady, I’m told to watch her.

Problem is, I can’t stop.

I want my eyes and the rest of me, on her. She’s a pain in the ass but that doesn’t change biology. She’s mine for the taking, and I’m going to take her up on the offer. For good.

I’m just not sure she can handle what I’m offering her.

Ride With The Devil is the second book in the Devil’s Riders series. It was previously released under a different title. It has been extensively rewritten and expanded. I can’t wait for you to read it!
Xoxox,
Joanna

P.s. I know I’m not supposed to pick favorites but here goes: Jack is my favorite hero ever. Nick from Slay Me is next, then Jace from A Bad Boy For Summer. And finally Cade from Go Big. Yep, two of them are the strong but silent type and two are over the top, cocky alpahs. So, go ahead and borrow my number one book boyfriend for a few hours! Enjoy! <3
03

Cuffed (Untouchables MC, #1)
I'm a bad man with a dark past. She's innocent in every way. I'm about to break all the rules, just to make her mine.

I'm a Special Agent assigned to take down a notorious biker club. She's just a girl who's in the wrong place at the wrong time. But I can't bend the rules, even if I know she's innocent.

Casey Jones is a natural beauty with curves that won't quit. With her big doe eyes and long legs, she's pure temptation. She's barely old enough to be working in a place that serves alcohol, but I can't stop myself from wanting to make her a woman.

She's in the middle of something bad, and too stubborn to see that. But I can't fight the need to get her into my bed and keep her there.

Now all I want to do is protect her.

*Cuffed is a standalone novel with a HEA and no cheating!*
04

Mean Machine (Untouchables MC, #2)
I swore off women years ago. I’m better off alone. Until the gorgeous single mom walks into my bar and changes everything.
Everyone thought I was next in line to lead The Untouchables MC. That is, until a tragic accident takes my heart out of the game. I decided life was simpler on my own.
Well, other than the strays I take in.
I have a scruffy dog and two cats. I even had a teenage runaway under my roof before she up and married an FBI agent. But that’s another story.
Now I’m all alone, running the biker bar I own and love.
Hell, if the Mason Jar was a person, I’d marry it.
When the gorgeous girl walks into my bar looking for a job, I’m inclined to say no. Not because I don’t want her around.
Because I do.
She’s been hurt but she’s still kind. She’s a good mom even though they’ve been through hard times. And she’s so beautiful she takes my breath away. She’s not put off by my gruff exterior either. She doesn’t judge me or the leather I wear.
And her kid has me wrapped around her little finger.
But is that enough to get her into my bed?
After years alone, I’m ready to dust myself off and try again. But it’s more than just sex. She makes me believe in miracles.
Now I’m just praying for the biggest miracle of all.
05

Trust The Devil (The Devil's Riders, #3)
I can take it or leave it, honey. I’m not easy to impress. But when I see an angel behind the counter at Mae’s, I’ve got to have her.

I left behind my life to start over. My successful career as a country music singer, friends and family, everything. All to get away from my abusive, obsessive ex.

So what if I’m lonely? So what if I miss singing and sequins? I’m safe, and that’s what matters.

But the big biker with the blue eyes has other ideas. He makes me laugh and breathless all at the same time. He makes me want more. But it’s not safe.

Not for either one of us.

She’s the most beautiful woman I’ve ever seen. And that’s before I ever heard her sing. Her voice cuts through the chatter, through the noise.

Straight through to the emptiness inside me.

Everyone thinks I’m happy-go-lucky, but she’s different. She sees right through me. And as much as I want her underneath me, tangled in my sheets, but I want her beside me just as badly.

She needs saving. She’s afraid to let me in. But what she doesn’t know is that I need saving too.

And she’s just the woman to do it.

This book was previously released under a different title. It has been extensively rewritten and expanded.

Trust the Devil is the third book in The Devil's Riders series.

Cockpit
She's the one who got away. But I live for the chase…

I'm a thrill seeker. I fly the fastest jets in the world, and ride my motorcycle when I'm on the ground. The only thing that matters to me is speed. Why would I ever think about settling down?

Jenny Reeds, that's why. One look in those hazel eyes and I found a thrill no dogfight could match. For one wild, unforgettable night, she was mine. I wanted to keep her close but she disappeared without even telling me her last name.

I did my tour and flew combat missions in desert skies. But I never forgot her.

Now they have me pushing papers and training new pilots. I thought I'd be bored to tears. Guess who I run into my first night back?

It's her, my wild-eyed, fiery-haired beauty. Turns out she's the General's daughter. But that won't stop me. I'm persistent and it doesn't take too long before she's back in my arms.

Only one problem. She's kept one hell of a secret from me. She had a baby while I was overseas. My baby.

Now I want them both under my roof. Permanently. I've never failed a mission yet and I don't intend to start now.

Cockpit is a standalone novel with a guaranteed HEA and no cheating. This edition includes bonus materials and will end before 100%!
07

Dance With The Devil (Devil's Riders, #4)
I waited years for her. One day she disappeared without a trace. I just didn’t know she was carrying my baby.

I’m one of the Sons of Satan, part of an inner circle we call The Devil’s Riders. I was just a prospect when I first saw her.

Becky Townsdale, the curvy girl who worked at Mae’s diner.

She’s so pretty it hurts to look at her. I waited to make a move until I was officially a Devil’s Rider. And then, the night of the club Prez’s wedding, I made her mine.

Devlin and Kaylie might have gotten married that night, but we’re the ones who made a baby. I just didn’t know it yet.

Now she’s back in town to help Mae save the diner before it gets shut down. She’s avoiding me but I’m not having it. I’ve waited a year to get over her and it never happened.

I want her back, this time for good. And that’s before I find out about the baby.

She’s mine and she doesn’t even know it yet.
08

Player (Go Hard, #3)
JOCK, SPORT, MEATHEAD, PLAYER. I hate them all. Especially this one. He's rude, he's crude and he thinks he is God's gift to women.

James Fitzpatrick might have started out on the wrong side of the tracks, but his skills on the football field have brought him fame and glory. Now he's forgotten where he came from.

Hell, he's even forgotten me, the snot nosed brat from next door. So much so that he hits on me when he comes in to eat at the barbecue place I work at to pay my way through school. But the jokes on him when I turn him down in front of all his meathead buddies. No one has ever turned down James. There's a reason he's got a rep as being talented on and off the forty yard line. And now he's determined to make me pay with a pound of flesh.

Thing is, I've got some moves he hasn't seen yet. It's going to be a long, hot season.

PLAYER is a stand alone book with a guaranteed HEA and no cheating!
09

Go Long (Go Hard, #1)
There's a cardinal rule in football that you never break. You don't mess around with another player's girl and you don't touch the coach's daughter. Well, I've never been good at following the rules.

The trouble is, I didn't know who she was when I met her. And she had no idea I was her daddy's newest star player. It was her job to show me around campus, and I showed her a lot more than that. But we fumbled the ball – she never told a soul who got her pregnant.

Not even me, the baby daddy.

*Go Long has a guaranteed HEA and no cheating!