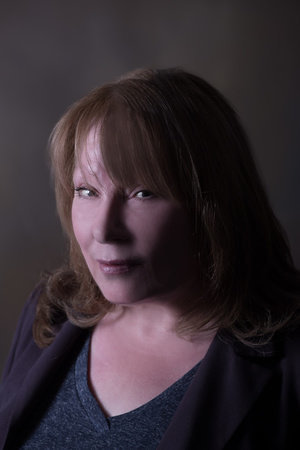 Mary Torjussen has an MA in Creative Writing from Liverpool John Moores University. She worked for several years as a teacher and lives outside of Liverpool, where Gone Without a Trace is set.

Gone Without a Trace
GONE WITHOUT A TRACE by Mary Torjussen is a chilling, twisty, compulsive thriller about a woman whose boyfriend has vanished. Fans of I LET YOU GO and THE GIRL ON THE TRAIN will be gripped.

No one ever disappears completely...

You leave for work one morning.

Another day in your normal life.

Until you come home to discover that your boyfriend has gone.
His belongings have disappeared.
He hasn't been at work for weeks.
It's as if he never existed.

But that's not possible, is it?

And there is worse still to come.

Because just as you are searching for him
someone is also watching you.
02

The Girl I Used to Be
The morning after real estate agent Gemma Brogan has dinner with a prospective client, she's furious at herself for drinking so much. But there will be more to regret than a nasty hangover.

She starts receiving mementos from that night: A photo of a hallway kiss. A video of her complaining about her husband. And worse...much worse. The problem is she doesn't remember any of it.

As the blackmailing and menace ramp up, Gemma fears for her already shaky marriage. The paranoia, the feeling that her life is spiraling out of control, will take her back to another night--years ago--that changed everything. And Gemma will realize just how far the shadows from her past can reach...
03

The Closer You Get
They promised to tell their spouses they were leaving and then meet to begin their new life together. But he never shows up.

A new twisting novel of psychological suspense from the acclaimed author of Gone Without a Trace.

Coworkers Ruby and Harry are in love--but they're married to other people. They decide to tell their spouses that their marriages are over and to start their new lives together. Ruby, who has wanted to leave her controlling husband for a while, tells him she's leaving him and waits at the hotel where she and Harry are to meet. But Harry never shows up.

Suddenly, Ruby's life has fallen apart, and she's lost everything. Harry won't answer her calls, and she's fired from her job. She finds a cheap apartment in a run-down part of town, all the while wondering what happened to Harry.

Just as Ruby thinks she's hit rock bottom, strange and menacing things start to happen--someone is sneaking into her apartment, and someone is following her home late at night--and she is going to have to fight for her survival.
04

The Closer You Get: A gripping suspense thriller
05

My Time, Your Time
When Alice goes missing after arranging to meet Dan, a man she met on a dating site, her best friend, Rachel, flies from Melbourne to Liverpool to find her.

But Rachel and Alice have never actually met. They were drawn to each other online shortly after their husbands died and for four years they have been close friends and confidantes.

Despite assurances from the police and Alice’s family, Rachel knows something is wrong. In her desperate search for Alice, she becomes part of her world in England and starts to wonder just how well she actually knew her friend…
06

The Lonely Cool Before Dawn