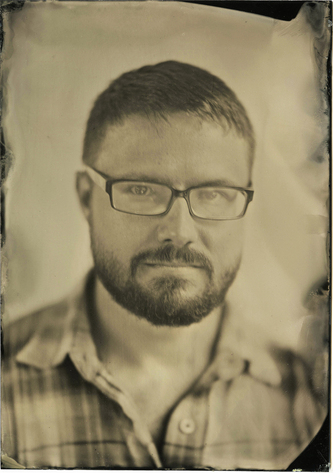 Taylor Brown is a recipient of the Montana Prize in Fiction, and he's been a finalist for the Press 53 Open Awards, Machigonne Fiction Contest, and Doris Betts Fiction Prize. He is the author of In the Season of Blood and Gold (Press 53, 2014), Fallen Land (St. Martin's, 2016), The River of Kings (St. Martin's, 2017), Gods of Howl Mountain (St. Martin's, 2018), and Pride of Eden (St. Martin's, 2020). He lives in Wilmington, North Carolina, where he is the founder and editor of BikeBound, a custom motorcycle blog. His website is taylorbrownfiction.com. You can follow him on Twitter @taybrown and Facebook @Taylor.Brown.Fiction.

Taylor Brown is the author of books: Fallen Land, Gods of Howl Mountain, The River of Kings, Pride of Eden, In the Season of Blood and Gold, Appalachia Now, Gather at the River: Twenty-Five Authors on Fishing

Fallen Land
Fallen Land is Taylor Brown's debut novel set in the final year of the Civil War, as a young couple on horseback flees a dangerous band of marauders who seek a bounty reward.

Callum, a seasoned horse thief at fifteen years old, came to America from his native Ireland as an orphan. Ava, her father and brother lost to the war, hides in her crumbling home until Callum determines to rescue her from the bands of hungry soldiers pillaging the land, leaving destruction in their wake. Ava and Callum have only each other in the world and their remarkable horse, Reiver, who carries them through the destruction that is the South. Pursued relentlessly by a murderous slave hunter, tracking dogs, and ruthless ex-partisan rangers, the couple race through a beautiful but ruined land, surviving on food they glean from abandoned farms and the occasional kindness of strangers. In the end, as they intersect with the scorching destruction of Sherman's March, the couple seek a safe haven where they can make a home and begin to rebuild their lives.

Dramatic and thrillingly written with an uncanny eye for glimpses of beauty in a ravaged landscape, Fallen Land is a love story at its core, and an unusually assured first novel by award-winning young author Taylor Brown.
02

Bootlegger Rory Docherty has returned home to the fabled mountain of his childhood - a misty wilderness that holds its secrets close and keeps the outside world at gunpoint. Slowed by a wooden leg and haunted by memories of the Korean War, Rory runs bootleg whiskey for a powerful mountain clan in a retro-fitted '40 Ford coupe. Between deliveries to roadhouses, brothels, and private clients, he lives with his formidable grandmother, evades federal agents, and stokes the wrath of a rival runner.

In the mill town at the foot of the mountains - a hotbed of violence, moonshine, and the burgeoning sport of stock-car racing - Rory is bewitched by the mysterious daughter of a snake-handling preacher. His grandmother, Maybelline “Granny May” Docherty, opposes this match for her own reasons, believing that "some things are best left buried." A folk healer whose powers are rumored to rival those of a wood witch, she concocts potions and cures for the people of the mountains while harboring an explosive secret about Rory’s mother - the truth behind her long confinement in a mental hospital, during which time she has not spoken one word. When Rory's life is threatened, Granny must decide whether to reveal what she knows...or protect her only grandson from the past.

With gritty and atmospheric prose, Taylor Brown brings to life a perilous mountain and the family who rules it.
03

The River of Kings
Two brothers travel a storied river’s past and present in search of the truth about their father’s death in the second novel by the acclaimed author of Fallen Land.

The Altamaha River, Georgia’s “Little Amazon,” has been named one of the 75 “Last Great Places in the World.” Crossed by roads only five times in its 137-mile length, the blackwater river is home to thousand-year-old virgin cypress, descendants of 18th-century Highland warriors, and a motley cast of rare and endangered species. The Altamaha has even been rumored to harbor its own river monster, as well as traces of the most ancient European fort in North America.

Brothers Hunter and Lawton Loggins set off to kayak the river, bearing their father’s ashes toward the sea. Hunter is a college student, Lawton a Navy SEAL on leave; both young men were raised by an angry, enigmatic shrimper who loved the river, and whose death remains a mystery that his sons hope to resolve. As the brothers proceed downriver, their story is interwoven with that of Jacques Le Moyne, an artist who accompanied the 1564 expedition to found a French settlement at the river’s mouth, which began as a search for riches and ended in a bloody confrontation with Spanish conquistadors and native tribes, leaving the fort in ruins and a few survivors fleeing for their lives.

In The River of Kings, SIBA-bestselling author Taylor Brown artfully weaves three narrative strands—the brothers’ journey, their father’s past, and the dramatic history of the river’s earliest people—to evoke a legendary place and its powerful hold on the human imagination.
04

Pride of Eden
The enthralling new novel from the acclaimed author of Fallen Land, The River of Kings, and Gods of Howl Mountain

Vietnam veteran, retired racehorse jockey, and keeper of secrets, Anse Caulfield rescues exotic big cats, elephants, and other creatures for Little Eden, a wildlife sanctuary near the abandoned ruins of a failed development on the Georgia coast. But when Anse’s prized lion escapes and is killed, he becomes obsessed with replacing her—even if the means of rescue aren’t exactly legal.

Anse is joined by Malaya, a former soldier herself, who after discharge hunted poachers decimating an elephant refuge in Africa; Lope, whose training in falconry taught him to pilot surveillance drones; and Tyler, a veterinarian who has found a place in Anse’s obsessive world.

From an ancient crocodile scarred by forced combat with other animals, a panther caged in a yard, a rare tiger destined to be harvested for its glands, a lion kept as a tourist attraction at a gas station, to a pack of wolves being raised on a remote private island off the coast, Anse and his team battle an underworld of smugglers, gamblers, breeders, trophy hunters, and others who exploit exotic game.

Pride of Eden is a brilliant fever dream of a novel: set on the eroding edge of civilization, rooted in dramatic events that are linked not only with each character’s past, but to the prehistory of America, where great creatures roamed the continent and continue to inhabit our collective imagination.
Edit
05

In the Season of Blood and Gold
Winner of the Montana Prize in Fiction, Taylor Brown offers up a stunning debut collection of stories. Charles Dodd White, author of A Shelter of Others, says, "With ferocious economy and a great big heart, Taylor Brown writes one of the best debuts I've ever picked up. These are stories, verses, meditations, and accusations-everything, in short, you could hope to get from important fiction. This work demands your attention."
06

"On the Road with C.T. Savage" by Meredith Sue Willis
"Burning Off into Forever" by David Joy
"The Wife You Wanted" by Marie Manilla
"Wild Kind" by Matt Brock
"The Hanging" by Darnell Arnoult
"Confluence" by Mesha Maren
"Covered Bridge" by Taylor Brown
"Obituary" by Jacinda Townsend
"Cell-Life" by Carrie Mullins
"The Hawkins Boy" by Charles Dodd White
"White Freightliner Blues" by Jon Sealy
"That Familiar Ache" by Savannah Sipple
"Monkey Proof" by Rusty Barnes
"Echolocation" by Mark Powell
"A Story to Tell" by Chris Holbrook
"Back Porch" by Chris Offutt
07

Gather at the River: Twenty-Five Authors on Fishing