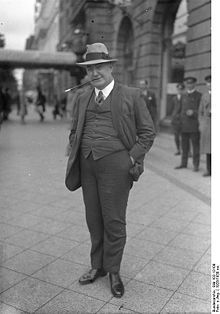 Over 160 films have been made of his novels, more than any other author. In the 1920s, one of Wallace's publishers claimed that a quarter of all books read in England were written by him.

He is most famous today as the co-creator of "King Kong", writing the early screenplay and story for the movie, as well as a short story "King Kong" (1933) credited to him and Draycott Dell. He was known for the J. G. Reeder detective stories, The Four Just Men, the Ringer, and for creating the Green Archer character during his lifetime.

Edgar Wallace is the author of books: The Four Just Men, The Clue of the Twisted Candle, The Angel of Terror, The Crimson Circle, The Daffodil Mystery, The Door with Seven Locks, The Forger, The Green Archer, The Secret House, The Green Rust

The Four Just Men
When the Foreign Secretary Sir Philip Ramon receives a threatening, greenish-grey letter signed FOUR JUST MEN, he remains determined to see his Aliens Extradition Bill made law. A device in the members' smokeroom and a sudden magnesium flash that could easily have been nitro-glycerine leave Scotland Yard baffled. Even Fleet Street cannot identify the illusive Manfred, Gonsalez, Pioccart and Thery - FOUR JUST MEN dedicated to punishing by death those whom conventional justice can not touch.
02

The Clue of the Twisted Candle
'The Urbane T.X. is back in this locked-room mystery by British master storyteller Edgar Wallace.
The renown mystery writer John Lexman is charged with murder and sent to prison. His friend T.X. Meredith, employed by Scotland Yard, tries to prove his innocence.
03

The Angel of Terror
The Angel of Terror aka The Destroying Angel Jack Glover of Rennet, Glover and Simpson does not believe his cousin Meredith killed Bulford. Meredith's father was an eccentric and unless Meredith is married by the age of thirty his sister inherits everything. She is dead and Meredith, now in prison, is thirty next Monday. Meanwhile Lydia Beale is struggling to pay her dead father's creditors. When Glover offers her money she is shocked. However, despite the strange conditions attached, it is a proposal she cannot afford to ignore.
04

The Crimson Circle
When James Beardmore receives a letter demanding £100,000 he refuses to pay—even though it is his last warning. It is his son Jack who finds him dead. Can the amazing powers of Derrick Yale, combined with the methodical patience of Inspector Parr, discover the secret of the Crimson Circle? Who is its all-powerful head and who is the stranger who lies in wait? Twice in a lifetime a ruthless criminal faces the executioner.

This book is excellent Wallace: a psychic detective, a particularly devious master criminal, brave women and sturdy men, much rushing to and fro, and a dramatic climax.
05

When Mr. Thomas Lyne, poet, poseur. and owner of Lyne's Emporium insults a cashier, Odette Rider, she resigns. Having summoned detective Jack Tarling to investigate another employee, Mr. Milburgh, Lyne now changes his plans. Tarling and his Chinese companion refuse to become involved. They pay a visit to Odette's flat. In the hall, Tarling meets Sam, convicted felon and protégé of Lyne. Next morning Tarling discovers a body. The hands are crossed on the breast, adorned with a handful of daffodils.
06

The Door with Seven Locks
Dick Martin is leaving Scotland Yard. His final job, investigating a stolen book, takes him via a conversation with the librarian Sybil Lansdown to Gallows Cottage and a meeting with Doctor Stalletti. Tommy Crawler, Bertram Cody's chauffeur, is also there. Arriving home, Martin finds Lew Pheeney being followed by a man for whom he recently worked. “Doing what?” demands Martin. Lew finally confesses. “I was trying to open a dead man's tomb!” The telephone rings. It is Mr. Havelock.
07

The Forger
Forged notes have started to appear everywhere. Mr Cheyne Wells of Harley Street has been given one. So has Porter. Peter Clifton is rich, but no one is quite certain how he acquired his money - not even his new wife, the beautiful Jane Leith. One night someone puts a ladder to Jane's window and enters her room. It is not her jewels they are after. Inspector Rouper and Superintendent Bourke are both involved in trying to solve this thrilling mystery.
08

The Green Rust
The chase is on to stop Dr. Van Heerden before he can release the threat of the Green Rust and take over the world in this exciting page-turner, originally published in 1919, from the undisputed "King of Thrillers, " Edgar Wallace. During the 1920's and 30's, it was said that one of every four books read in England was written by Wallace, who ultimately produced 173 books and 17 plays.