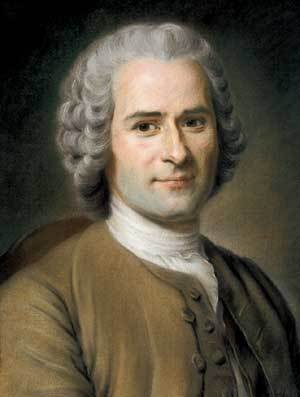 Jean-Jacques Rousseau remains an important figure in the history of philosophy, both because of his contributions to political philosophy and moral psychology and because of his influence on later thinkers. Rousseau's own view of philosophy and philosophers was firmly negative, seeing philosophers as the post-hoc rationalizers of self-interest, as apologists for various forms of tyranny, and as playing a role in the alienation of the modern individual from humanity's natural impulse to compassion. The concern that dominates Rousseau's work is to find a way of preserving human freedom in a world where human beings are increasingly dependent on one another for the satisfaction of their needs. This concern has two dimensions: material and psychological, of which the latter has greater importance. In the modern world, human beings come to derive their very sense of self from the opinion of others, a fact which Rousseau sees as corrosive of freedom and destructive of individual authenticity. In his mature work, he principally explores two routes to achieving and protecting freedom: the first is a political one aimed at constructing political institutions that allow for the co-existence of free and equal citizens in a community where they themselves are sovereign; the second is a project for child development and education that fosters autonomy and avoids the development of the most destructive forms of self-interest. However, though Rousseau believes the co-existence of human beings in relations of equality and freedom is possible, he is consistently and overwhelmingly pessimistic that humanity will escape from a dystopia of alienation, oppression, and unfreedom. In addition to his contributions to philosophy, Rousseau was active as a composer and a music theorist, as the pioneer of modern autobiography, as a novelist, and as a botanist. Rousseau's appreciation of the wonders of nature and his stress on the importance of feeling and emotion made him an important influence on and anticipator of the romantic movement. To a very large extent, the interests and concerns that mark his philosophical work also inform these other activities, and Rousseau's contributions in ostensibly non-philosophical fields often serve to illuminate his philosophical commitments and arguments.

The Social Contract
"Man is born free; and everywhere he is in chains."

These are the famous opening words of a treatise that has not ceased to stir vigorous debate since its first publication in 1762. Rejecting the view that anyone has a natural right to wield authority over others, Rousseau argues instead for a pact, or ‘social contract’, that should exist between all the citizens of a state and that should be the source of sovereign power. From this fundamental premise, he goes on to consider issues of liberty and law, freedom and justice, arriving at a view of society that has seemed to some a blueprint for totalitarianism, to others a declaration of democratic principles.
02

Discourse on the Origin of Inequality
If humans are benevolent by nature, how do societies become corrupt? And how do governments founded upon the defense of individual rights degenerate into tyranny? These are the questions addressed by Jean-Jacques Rousseau's Discourse on the Origin of Inequality, a strikingly original inquiry into much-explored issues of 18th-century (and subsequent) philosophy: human nature and the best form of government.

Rousseau takes an innovative approach by introducing a "hypothetical history" that presents a theoretical view of people in a pre-social condition and the ensuing effects of civilization. In his sweeping account of humanity's social and political development, the author develops a theory of human evolution that prefigures Darwinian thought and encompasses aspects of ethics, sociology, and epistemology. He concludes that people are inevitably corrupt as a result of both natural (or physical) inequalities and moral (or political) inequalities.

One of the most influential works of the Enlightenment, the Discourse on the Origin of Inequality offers a thought-provoking account of society's origins and a keen criticism of unequal modern political institutions.
03

The Basic Political Writings
The basic political writings of Rousseau , including

'The publication of these excellent translations is a happy occasion for teachers of courses in political philosophy and the history of political theory....'--Raymon M. Lemos, Teaching Philosophy

Emile, or On Education
Alan Bloom's new translation of Emile, Rousseau's masterpiece on the education and training of the young, is the first in more than seventy years. In it, Bloom, whose magnificent translation of Plato's Republic has been universally hailed as a virtual rediscovery of that timeless text, again brings together the translator's gift for journeying between two languages and cultures and the philosopher's perception of the true meaning and significance of the issues being examined in the work. The result is a clear, readable, and highly engrossing text that at the same time offers a wholly new sense of the importance and relevance of Rousseau's thought to us.In addition to his translation, Bloom provides a brilliant introduction that relates the structure and themes of the book to the vital preoccupation's of our own age, particularly in the field of education, but also more generally to the current concerns about the limits and possibilities of human nature. Thus in this translation Emile, long a classic in the history of Western thought and educational theory, becomes something more: a prescription, fresh and dazzling, for the bringing up of autonomous, responsible—that is, truly democratic—human beings.
06

Reveries of the Solitary Walker
The struggle between Rousseau's yearning for solitude and his need for society is the central theme of the Reveries.

In the two years before his death in 1778, Jean-Jacques Rousseau composed the ten meditations of Reveries of the Solitary Walker. Combining philosophical argument with amusing anecdotes and lyrical desriptive passages, they record the great French writer's sense of isolation and alienation from a world which he felt had rejected his work. As he wanders around Paris, gazing at plants and day-dreaming, Rousseau looks back over his life in order to justify his actions and to elaborate on his ideal of a well-structured society fit for the noble and solitary natural man.
08

Julie, or the New Heloise
An elegant translation of one of the most popular novels of its time. Rousseau's great epistolary novel, Julie, or the New Heloise, has been virtually unavailable in English since 1810. In it, Rousseau reconceptualized the relationship of the individual to the collective and articulated a new moral paradigm. The story follows the fates and smoldering passions of Julie d'Etange and St. Preux, a one-time lover who re-enters Julie's life at the invitation of her unsuspecting husband, M. de Wolmar. The complex tones of this work made it a commercial success and a continental sensation when it first appeared in 1761, and its embodiment of Rousseau's system of thought, in which feelings and intellect are intertwined, redefined the function and form of fiction for decades. As the characters negotiate a complex maze of passion and virtue, their purity of soul and honest morality reveal, as Rousseau writes in his preface, "the subtleties of heart of which this work is full." A comprehensive introduction and careful annotations make this novel accessible to contemporary readers, both as an embodiment of Rousseau's philosophy and as a portrayal of the tension and power inherent in domestic life.
09

The Social Contract and Discourses
Inspired by ancient Greek city states, Rousseau searched for a way which states of his day could be equally representative

Holding men in wretched subservience, feudalism–alongside religion–was a powerful force in the eighteenth century. Self-serving monarchic social systems, which collectively reduced common people to servitude, were now attacked by Enlightenment philosophers, of whom Rouseau was a leading light.

His masterpiece, The Social Contract, profoundly influenced the subsequent development of society and remains provocative in a modern age of continuing widespread vested interest.

This is the most comprehensive paperback edition available, with introduction, notes, index and chronology of Rousseau's life and times.
10

The Discourses & Other Early Political Writings
The work of Jean-Jacques Rousseau is presented in two volumes, together forming the most comprehensive anthology of Rousseau's political writings in English. Volume I contains the earlier writings such as the First and Second Discourses.The American and French Revolutions were profoundly affected by Rousseau's writing, thus illustrating the scope of his influence. This volume contains a comprehensive introduction, chronology and guide to further reading, and will enable students to fully understand the writings of one of the world's greatest thinkers.