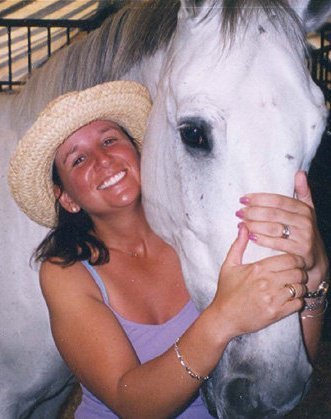 Nowhere Girl
"The day Savannah was killed she was fifteen minutes late to meet me." So begins bookseller favorite Susan Strecker's second novel of twin sisters and the murder that left one twin behind.

Savannah was the popular bad girl skipping school and moving quickly from one boyfriend to the next, so when she didn't meet Cady as promised, Cady wasn't surprised and the truth was Cady was already a bit mad at her. When Cady suddenly becomes short of breath she realizes Savannah is in trouble, but within minutes Savannah is gone.

Years later Cady, now a bestselling author of suspense, spends her time interviewing killers, hoping each interview will help her understand what happened to her sister. Despite Savannah's death, the bond Savannah and Cady share has never been broken. Savannah still comes to Cady, but the clues her sister sends don't add up until a chance encounter while researching her latest novel provides a missing piece of the puzzle.
02

Night Blindness
One October night, when Jensen Reilly is sixteen, she and her high school sweetheart are involved in a horrible accident. Ever since then Jensen has been running from her past. But when Jensen's beloved father is diagnosed with a brain tumor, she returns to her childhood home and the memories of her old life came flooding back- as do the people she's tried to escape.

Set against the steamy background of a New England summer, filled with the intensity of first love, and framed by an unforgettable father-daughter relationship, Night Blindness is about risk and redemption, and the ways we are hunted down by what we try to escape.
03

Piper Pierson is on her way to becoming a NASCAR superstar driving for her family’s team, Pierson Racing. But a terrible wreck nearly takes her father's life, so Piper trades her dreams of racing for a journalism degree. Writing for the famed NASCAR Weekly newspaper, Piper meets Colt Porter, Pierson Racing’s hot-shot new driver and sparks fly. In a world filled with danger and crashes, Colt’s mantra is that life is beautiful and must be lived as if every day is the last. He helps Piper realize all she has to live for in spite of the past. But when another senseless accident happens, someone she loves is taken from her, testing her new-found philosophy. Drive is the story of hard truths and disappointments, growing up, and embracing what matters most.

The Magic of Me: A Kids' Spiritual Guide to Health and Happiness
05

Stretch To Connect: Finding Balance and Harmony With Your Horse
06

The 24-Hour Rule: Leading in a Frenetic World
07

Blue Eyed Infidel: The controversial thriller about Islamic Extremism and civil war in London and the United Kingdom! (Fire, Ashes and Rebirth Book 1)
08

Don't Be Normal - Be Unstoppable
DON'T BE NORMAL, BE UNSTOPPABLE is so much more than a self-help book. It's a raw, gritty and honest look into the author's life and the story of how one man came from nothing to achieve great success. Ryan Saxman shares his experience of being raised by a single mother in less-than-ideal circumstances and how he fell in with a bad crowd and turned to drugs and alcohol to cope. Fueled by his mother's love and encouragement, Ryan joined the Coast Guard and turned his life around. Now a successful real-estate investor, he wants to share the secrets of his success. He takes real-life examples of how everything from the food we eat to the music we listen to and the hobbies in which we engage affect our moods, motivation and drive. Step-by-step and chapter-by-chapter, he breaks down the typical day of an ultra-successful person. He also outlines what readers need to do to reach their dreams and goals. Ryan's advice is both practical and simple. Readers will gain a solid understanding of how making small changes in everyday habits can reap huge rewards in saving money and becoming happier. This book is powerful enough to change lives, jobs and relationships. DON'T BE NORMAL, BE UNSTOPPABLE will stay with readers long after they finish it. Inspirational, funny, and easy to follow, this book is for anyone who wants to improve their day-to-day life or their long-term goals. With faith, focus, and unwavering determination you can turn any thought into your reality.
10

Stretch To Connect: Finding Balance And Harmony With Your Horse