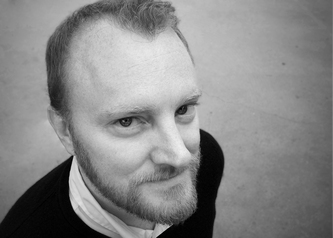 Michael Alan Nelson grew up in a small Indiana farming community before moving to Los Angeles in 2002. He is the winner of the 2004 New Times 55 Fiction contest for his short-short "The Conspirators" and was awarded the 2011 Glyph Comics Award for Best Female Character for the character Selena from his series "28 Days Later." Michael is the author of the critically acclaimed comic series "Hexed," "Dingo," and "Fall of Cthulhu." His current ongoing titles include "Day Men" and the relaunch of the fan-favorite series "Hexed." His first prose novel, "Hexed: the Sisters of Witchdown" arrives May 5th, 2015. He lives in Los Angeles.

28 Days Later, Vol. 1: London Calling
The film that changed horror forever continues here! Selena and her new comrades struggle against the infected, the American presence in the UKâ€¦and themselves. Selena is a survivor but even she must give pause when the mission has her breaking into the land she fought so hard to get out of.
Collects Comics #1-4
02

28 Days Later, Vol. 2: Bend in the Road
The film that changed horror forever continues here! Selena and her new comrades struggle against the infected, the American presence in the UK... and themselves. The story continues here a Selena is a survivor but even she must give pause when the mission has her breaking into the land she fought so hard to get out of.

Hexed
A supernatural thriller hailed as “the new BUFFY.” Horror has a new name, and it is HEXED.

Horror has a new name, and it is HEXED. Collected in one volume for the first time, it's the series that took the comics world by strom and introduced readers to the next great supernatural heroine-Luci Jennifer Inagcio Das Neves or Lucifer for short.

The say there is no honor among thieves-put that thief in the occult underground and you have a whole different kind of nasty. When Lucifer takes a new job, more than the macabre underbelly of the city is exposed, but also the secret that could jeopardize her whole existence. And so begins the greatest supernatural thrill-ride that will have you cursing  Lucifer's name until the last page.
04

Fall of Cthulhu, Vol. 1: The Fugue
Collecting the opening arc of the new smash-hit series that is taking fandom by storm Cy is an ordinary guy with a beautiful fiancee -- until his uncle's suicide changes his life forever. Consumed with discovering the motive behind his relative's sudden and painful death, he finds notes and scribblings about a nonsense word he doesn't recognize... Cthulhu. Obsessed, he seeks out answers to questions he should have never asked. A horrifying glimpse into a modern day Lovecraftian world filled with nightmares and excursions into Lovecraft's Dreamlands
05

Supergirl, Vol. 4: Out of the Past
In the aftermath of H'EL ON EARTH, Supergirl's world has been shattered in every way possible. Kara Zor-El searches the stars for a new home, but in doing so, encounters one of Superman's deadliest enemies in his New 52 debut: Cyborg Superman!

28 Days Later, Vol. 4: Gangwar
There is no escape from the horrific world of 28 DAYS LATER, the graphic novel series that plunges readers back into fray of a world overrun with the Infected!

For Selena, infiltrating Great Britain has proven even deadlier than getting out. She has lost so much, so many people. Could what awaits her in London be worth it, with the Infected lurking in all corners? It's a question she lives with everyday.
08

Fall of Cthulhu, Vol. 2: The Gathering
A war is brewing as the Dreamlands is in upheaval and Mister Arkham plots his strategy on Earth. With only mankind standing in the way of a godwar, players and pawns move into place, choose new allegiances, and struggle with their role in Mister Arkham's plans for universal domination. Who will survive? Secrets are revealed as the next chapter in the war of Lovecraftian gods continues! Collecting issues 6-10 of the critically acclaimed ongoing series!
09

28 Days Later, Vol. 3: Hot Zone
The film that changed horror forever continues here! Selena and her new comrades struggle against the infected, the American presence in the UK...and themselves. In this volume, Selena and her crew are on the move. London is getting closer, but the journey is getting tougher. While The Infected still walk, someone else has their eyes on the three who finally broke the UK quarantine. Some dangerous...someone with a lint to Selena's past.
10

There is no escape from the horrific world of 28 DAYS LATER, the graphic novel that plunges readers back into the fray of a world overrun with The Infected! The film that changed horror forever continues here! This is it, people…the story that reveals Selena’s secret is here! As Selena and Clint reach London, they learn the real reason why Selena decided to return to infected Great Britain. And the American occupation isn’t the only thing preventing Selena from accomplishing her secret goal…