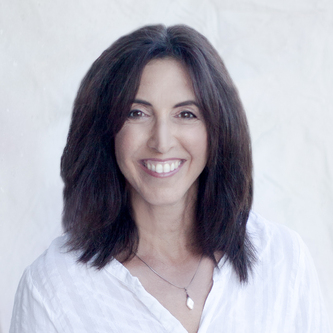 Suzanne Redfearn is the award-winning author of three novels: Hush Little Baby, No Ordinary Life, and In an Instant. In addition to being an author, she’s also an architect specializing in residential and commercial design. She lives in Laguna Beach, California, where she and her husband own two restaurants: Lumberyard and Slice Pizza and Beer. You can find her at her website, www.SuzanneRedfearn.com, on Facebook at SuzanneRedfearnAuthor, or on Twitter @SuzanneRedfearn.

Suzanne Redfearn is the author of books: In An Instant, Hush Little Baby, No Ordinary Life, Taliesin - Choice/Destiny, Hadley and Grace

In An Instant
A deeply moving story of carrying on even when it seems impossible.

Life is over in an instant for sixteen-year-old Finn Miller when a devastating car accident tumbles her and ten others over the side of a mountain. Suspended between worlds, she watches helplessly as those she loves struggle to survive.

Impossible choices are made, decisions that leave the survivors tormented with grief and regret. Unable to let go, Finn keeps vigil as they struggle to reclaim their shattered lives. Jack, her father, who seeks vengeance against the one person he can blame other than himself; her best friend, Mo, who bravely searches for the truth as the story of their survival is rewritten; her sister Chloe, who knows Finn lingers and yearns to join her; and her mother, Ann, who saved them all but is haunted by her decisions. Finn needs to move on, but how can she with her family still in pieces?

Heartrending yet ultimately redemptive, In an Instant is a story about the power of love, the meaning of family, and carrying on…even when it seems impossible.
02

Hush Little Baby
If I stay, he will kill me. If I leave, he'll destroy Addie and Drew.

Jillian Kane appears to have it all - a successful career, a gorgeous home, a loving husband, and two wonderful children. The reality behind closed doors is something else entirely. For nine years, she has hid the bruises and the truth of her abusive marriage in order to protect Addie and Drew, knowing, if she left, Gordon would destroy her-destroy them.

When, in an act of desperation, she flees, her worst nightmare is realized, and she finds herself on the run with her two young children, no money, and no plan. With Gordon in hot pursuit, there is only one inescapable certainty: No matter where she goes, he will find her. Kill her. And take her children.

A riveting page-turner, Hush Little Baby exposes the shame and terror of domestic violence as well as the disturbing role manipulation and sabotage can play in the high-stakes game of child custody. Suspenseful and unforgettably moving, it's a novel about the unbreakable bonds of family and the astounding, terrifying devotion of a mother's love.
03

No Ordinary Life
Suzanne Redfearn delivers another gripping page-turner in her latest novel, a story about a young mother's fight to protect her children from the dangerous world of Hollywood.

Faye Martin never expected her husband to abandon her and her three children . . . or that she'd have to struggle every day to make ends meet. So when her four-year-old daughter is discovered through a YouTube video and offered a starring role on a television series, it seems like her prayers have been answered. But when the reality of their new life settles in, Faye realizes that fame and fortune don't come without a price. And in a world where everyone is an actor and every move is scrutinized by millions, it's impossible to know who to trust, and Faye finds herself utterly alone in her struggle to save her family.

Emotionally riveting and insightful, No Ordinary Life is an unforgettable novel about the preciousness of childhood and the difficult choices a mother needs to make in order to protect this fragile time in her children's lives.
04

Taliesin - Choice/Destiny
Sixteen-year-old Taliesin Boone knew she was different, but she had no idea how different until she returns to her childhood home to discover she is the only surviving member of a mysterious Keltoi society capable of returning the balance of the spirit worlds. Countless lives hang in the balance, all of them hinging on Tally’s ability to harness her newly discovered powers without destroying herself in the process.

Along the way, Tally becomes inextricably entwined with the ancient clan her family one belonged to, the spirit guides that empower them, an aunt she didn’t know she had, a courageous boy who loves her but who doesn’t belong, and another who seems to hate her but who is the only one who can guide her.

A gripping story of grief and forgiveness, honor and loyalty, self-sacrifice and love. Choice/Destiny is the first book in bestselling author Suzanne Redfearn’s Taliesin trilogy.
05