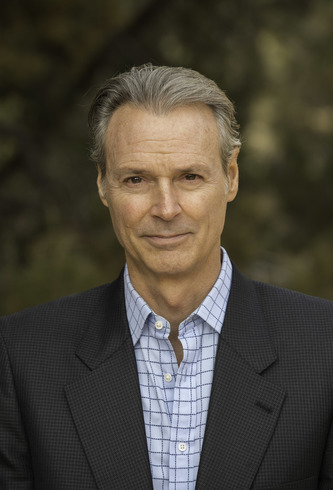 Charles Joseph Greaves is an honors graduate of both the University of Southern California and Boston College Law School who spent 25 years as a Los Angeles trial lawyer before turning his talents to fiction.

HARD TWISTED (Bloomsbury), Chuck's debut historical/true-crime novel, was called "a taut and intriguing thriller" (London Sunday Times) and "a gritty, gripping read, and one that begs to be put on film" (Los Angeles Times.)

TOM & LUCKY AND GEORGE & COKEY FLO (Bloomsbury), Chuck's second historical/true-crime novel, recounts gangster Lucky Luciano's colorful and controversial 1936 vice trial and was named by the Wall Street Journal to its year-end uulist of the "Best Books of 2015." Tom & Lucky was also a finalist for both the Macavity Award from Mystery Readers International and the 2016 Harper Lee Prize for Legal Fiction.

CHURCH OF THE GRAVEYARD SAINTS (Torrey House Press), Chuck's third work of literary fiction, was selected by six U.S. cities to launch their "Four Corners/One Book" regional reading program in 2019-2020. Of its central premise, Publishers Weekly wrote: "Can one go home again? Greaves explores this question with both passion and compassion, taking readers on a lyrical, vivid tour of the West."

In addition, Chuck publishes mystery fiction as Chuck Greaves. He has been a finalist for numerous national honors including the Shamus, Lefty, Reviewers Choice, and Audie Awards, as well as the New Mexico-Arizona, Colorado, and Oklahoma Book Awards. He is also a member of the National Book Critics Circle and the book critic for the Four Corners Free Press newspaper in Colorado, where he currently lives. You can visit him at www.chuckgreaves.com.

Hard Twisted
In May of 1934, outside of Hugo, Oklahoma, a homeless man and his thirteen-year-old daughter are befriended by a charismatic drifter, newly released from the federal penitentiary in Leavenworth, Kansas. The drifter, Clint Palmer, lures father and daughter to Texas, where the father, Dillard Garrett, mysteriously disappears, and where his daughter Lucile begins a one-year ordeal as Palmer's captive on a crime spree-culminating in the notorious Greenville, Texas "skeleton murder" trial of 1935. C. Joseph Greaves weaves a chilling tale of survival and redemption, encompassing iconic landscapes, historic figures, America's last Indian uprising, and one of the most celebrated criminal trials of the Public Enemy era, all rooted in the intensely personal story of a young girl's coming of age in a world as cruel as it is beautiful.
02

Church of the Graveyard Saints