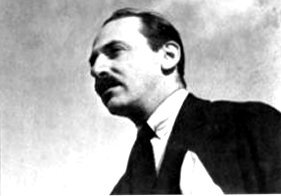 Born Nathanael von Wallenstein Weinstein to prosperous Jewish parents, from the first West set about creating his own legend, and anglicising his name was part of that process. At Brown University in Rhode Island, he befriended writer and humourist S. J. Perelman (who later married his sister), and started writing and drawing cartoons. As his cousin Nathan Wallenstein also attended Brown, West took to borrowing his work and presenting it as his own. He almost didn't graduate at all, on account of failing a crucial course in modern drama. West indulged in a little dramatics of his own and, in tearful contrition, convinced a gullible professor to upgrade his marks.

After spending a couple of years in Paris, where he wrote his first novel, The Dream Life of Balso Snell, he returned to New York, where he managed (badly by all accounts) a small hotel, the Sutton, owned by his family. As well as providing free board for struggling friends like Dashiell Hammett, the job also gave West ample opportunity to observe the strange collection of misfits and drifters who congregated in the hotel's drugstore. Some of these would appear in West's novel Miss Lonelyhearts.

West spent the rest of his days in Hollywood, writing B-movie screenplays for small studios and immersing himself in the unglamorous underworld of Tinseltown, with its dope dealers, extras, gangsters, whores and has-beens. All would end up in West's final masterpiece, The Day of the Locust.

West's life ultimately ended as tragically as his fictions. Recently married, and with better-paid script work coming in, West was happy and successful. Then, returning from a trip to Mexico with his wife Eileen, he crashed his car after ignoring a stop sign and killed them both. This was just one day after the death of his friend F. Scott Fitzgerald.

The Day of the Locust
The Day of the Locust is a novel about Hollywood and its corrupting touch, about the American dream turned into a sun-drenched California nightmare. Nathanael West's Hollywood is not the glamorous "home of the stars" but a seedy world of little people, some hopeful, some despairing, all twisted by their by their own desires -- from the ironically romantic artist narrator, to a macho movie cowboy, a middle-aged innocent from America's heartland, and the hard-as-nails call girl would-be-star whom they all lust after. An unforgettable portrayal of a world that mocks the real and rewards the sham, turns its back on love to plunge into empty sex, and breeds a savage violence that is its own undoing, this novel stands as a classic indictment of all that is most extravagant and uncontrolled in American life.
02

Miss Lonelyhearts was a newspaper reporter, so named because he had been assigned to write the agony column, to answer the letters from Desperate, Sick-of-It-All, Disillusioned. A joke at first; but then he was caught up, terrifyingly, in a vision of suffering, and he sought a way out, turning first here, then there—Art, Sex, Religion. Shrike, the cynical editor, the friend and enemy, compulsively destroyed each of his friend’s gestures toward idealism. Together, in the city’s dim underworld, Shrike and Miss Lonelyhearts turn round and round in a loathsome dance, unresolvable, hating until death…

The Day of the Locust

To Hollywood comes Tod Hackett, hoping for a career in scene designing, but he finds the way hard and falls in with others—extras, technicians, old vaudeville hands—who are also in difficulty. Around him he sees the great mass of inland Americans who have retired to California in expectation of health and ease. But boredom consumes them, their own emptiness maddens them; they search out any abnormality in their lust for excitement—drugs, perversion, crime. In the end only blood will serve; unreasoned, undirected violence. The day of the locust is at hand…
03

Miss Lonelyhearts
As described by Atkinson in the NY Times: "A scornful feature editor of a newspaper picks an ambitious young reporter to conduct the advice of the lovelorn column. Ambitious, opportunistic, 'Miss Lonelyhearts,' as the conductor of the column is inevitably dubbed, begins with contempt of the correspondents and confidence in his own cleverness. As time goes on, the genuineness of the agony in the letters that come in gets under the skin of the columnist. He is distressed to find himself presiding over a monstrous swindle. For he is an idealist in collision with humanity, as his diabolical managing editor expresses it."
04

Miss Lonelyhearts and A Cool Million
05

A Cool Million and The Dream Life of Balso Snell: Two Novels
A Cool Million (1934) subtitled "The Dismantling of Lemuel Pitkin", is a satiric Horatio Alger story set in the midst of the Depression and is written in a bracing, mock-heroic style that has lost none of its wit or power. The Dream Life of Balso Snell (1931), West's first work, was described by one delighted critic as "a fantasy about some rather scatalogical adventures of the hero in the innards of the Trojan Horse."

Novels and Other Writings : The Dream Life of Balso Snell / Miss Lonelyhearts / A Cool Million / The Day of the Locust / Letters
In this volume the Library of America offers the most complete literary portrait ever published of Nathanael West. Along with the four novels for which he is famous, this authoritative collection gathers his work in other genres, including stories, poetry, essays and plays, film scripts and treatments, and letters.

When West died in a California highway accident in 1940 at the age of thirty-seven, his originality and brilliance were little known outside an intensely admiring circle of fellow writers: William Carlos Williams, Edmund Wilson, S. J. Perelman, and others. Not until West’s four novels were reissued in the late 1950s was he acknowledged as one of the most gifted writers of his generation. His masterpieces Miss Lonelyhearts and The Day of the Locust, with their blending of manic farce and despairing compassion, and their vision of an America awash in its own mass-produced fantasies, read like a prophecy of much that was to come in American literature and life.

Each of West’s novels is distinct in style and theme. In the Dada-inspired The Dream Life of Balso Snell (1931), he freely mixes high-flown literary and religious allusions with erotic and scatological humor. Miss Lonelyhearts (1933) presents, in a series of grotesque, starkly etched episodes, the spiritual breakdown of a newspaper columnist overwhelmed by his readers’ suffering. By contrast, A Cool Million (1934) reduces the eternal optimism of Horatio Alger’s novels to a brutal, cartoonish farce. In his last work, The Day of the Locust (1939), West renders with hallucinatory precision the reverse side of the Hollywood dream, as he choreographs a cast of failures, has-beens, and deluded glamour-seekers in what becomes an apocalyptic dance of death.

Also included is a generous sampling of West’s other surviving work, ranging from freewheeling improvisations and grotesque comic tales to more mainstream work written with Hollywood or Broadway in mind, and including his anti-war satire Good Hunting and his adaptation of Francis Ile’s famous crime novel Before the Fact. The uncollected West shows him as a writer who embodied the contradictions and crazy-quilt exuberance of American culture—and raises the question of how he might have developed had his career not been cut short. Selected correspondence with William Carlos Williams, F. Scott Fitzgerald, Malcolm Cowley, Bennett Cerf, and others rounds out the volume and sets West’s literary life in fuller context.
08

The Dream Life of Balso Snell
"West is still a satirist with few peers and no betters, and a writer of bleak, haunting power." — Kirkus Reviews. In this 1931 Dada-inspired work, the first novel of the author of Miss Lonelyhearts and The Day of the Locust, the eponymous antihero stumbles across the Trojan Horse and climbs inside, embarking upon a dream within a dream. His journey through a mental jungle blends grandiose literary and religious allusions with erotic and scatological humor, as he encounters a contentious guide, a biographer writing a biography of a biographer, and a mystic trying to crucify himself with thumbtacks. Innovative and original, West's novel takes an unforgettable look at the dark side of the American dream. Unabridged republication of the classic 1931 edition.
09

The Day of the Locust and The Dream Life of Balso Snell
These two novellas demonstrate the fragility of the American dream, from two very different perspectives. In 'The Day of the Locust', talented young artist Tod Hackett has been brought to Hollywood to work in the design department of a major studio. He discovers a surreal world of tarnished dreams, where violence and hysteria lurk behind even the most glittering facade. Liberty and freedom have been turned into a bizarre nightmare in 'The Dream Life of Balso Snell', which focuses on the personal despair and disintegration of its protagonist, the poet Balso.
10

The Collected Works of Nathanael West