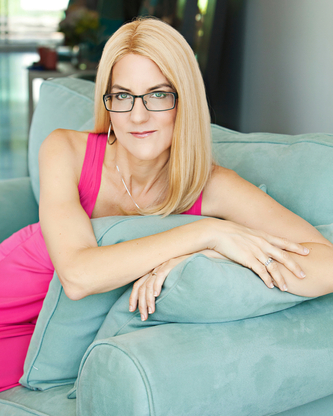 J. Kenner (aka Julie Kenner) is the New York Times, USA Today, Publishers Weekly, Wall Street Journal and #1 International bestselling author of over one hundred novels, novellas and short stories in a variety of genres.

JK has been praised by Publishers Weekly as an author with a “flair for dialogue and eccentric characterizations” and by RT Bookclub for having “cornered the market on sinfully attractive, dominant antiheroes and the women who swoon for them.” A six time finalist for Romance Writers of America’s prestigious RITA award, JK took home the first RITA trophy awarded in the category of erotic romance in 2014 for her novel, Claim Me (book 2 of her Stark Trilogy) and in 2017 for Wicked Dirty in the same category. Her Demon Hunting Soccer Mom series (as Julie Kenner) is currently in development as a television show.

Her books have sold over three million copies and are published in over twenty languages.

In her previous career as an attorney, JK worked as a clerk on the Fifth Circuit Court of Appeals, and practiced primarily civil, entertainment and First Amendment litigation in Los Angeles and Irvine, California, as well as in Austin, Texas. She currently lives in Central Texas, with her husband, two daughters, and two rather spastic cats.

Damien Stark could have his way with any woman. He was sexy, confident, and commanding: Anything he wanted, he got. And what he wanted was me.

Our attraction was unmistakable, almost beyond control, but as much as I ached to be his, I feared the pressures of his demands. Submitting to Damien meant I had to bare the darkest truth about my past—and risk breaking us apart.

But Damien was haunted, too. And as our passion came to obsess us both, his secrets threatened to destroy him—and us—forever.

Claim Me (Stark Trilogy, #2)
For Damien, our obsession is a game. For me, it is fiercely, blindingly, real.

Damien Stark’s need is palpable—his need for pleasure, his need for control, his need for me. Beautiful and brilliant yet tortured at his core, he is in every way my match.

I have agreed to be his alone, and now I want him to be fully mine. I want us to possess each other beyond the sweetest edge of our ecstasy, into the deepest desires of our souls. To let the fire that burns between us consume us both.

But there are dark places within Damien that not even our wildest passion can touch. I yearn to know his secrets, yearn for him to surrender to me as I have surrendered to him. But our troubled pasts will either bind us close . . . or shatter us completely.

Complete Me (Stark Trilogy, #3)
Our desire runs deep. But our secrets cut close.

Beautiful, strong, and commanding, Damien Stark fills a void in me that no other man can touch. His fierce cravings push me beyond the brink of bliss—and unleash a wild passion that utterly consumes us both.

Yet beneath his need for dominance, he carries the wounds of a painful past. Haunted by a legacy of dark secrets and broken trust, he seeks release in our shared ecstasy, the heat between us burning stronger each day.

Our attraction is undeniable, our obsession inevitable. Yet not even Damien can run from his ghosts, or shield us from the dangers yet to come.
04

Evan Black embodies my every fantasy. He is brilliant, fierce, and devastatingly handsome. But he is also headstrong, dangerous, and burdened with secrets.

And from the moment we touch—the passion between us consuming us both—I know that I will never be the same.

New York Times bestselling author J. Kenner kicks off a smoking hot, emotionally compelling new trilogy that returns to the world of her beloved Stark novels: Release Me, Claim Me, and Complete Me. Say My Name features Jackson Steele, a strong-willed man who goes after what he wants, and Sylvia Brooks, a disciplined woman who’s hard to get—and exactly who Jackson needs.

I never let anyone get too close—but he’s the only man who’s ever made me feel alive.

Meeting Jackson Steele was a shock to my senses. Confident and commanding, he could take charge of any room . . . or any woman. And Jackson wanted me. The mere sight of him took my breath away, and his touch made me break all my rules.

Our bond was immediate, our passion untamed. I wanted to surrender completely to his kiss, but I couldn’t risk his knowing the truth about my past. Yet Jackson carried secrets too, and in our desire we found our escape, pushing our boundaries as far as they could go.

Learning to trust is never easy. In my mind, I knew I should run. But in my heart, I never felt a fire this strong—and it could either save me or scorch me forever.

Say My Name is intended for mature audiences.

Tame Me (Stark International Security, #0.5)
Aspiring actress Jamie Archer is on the run. From herself. From her wild child ways. From the screwed up life that she left behind in Los Angeles. And, most of all, from Ryan Hunter—the first man who has the potential to break through her defenses to see the dark fears and secrets she hides.

Stark International Security Chief Ryan Hunter knows only one thing for sure—he wants Jamie. Wants to hold her, make love to her, possess her, and claim her. Wants to do whatever it takes to make her his.

But after one night of bliss, Jamie bolts. And now it’s up to Ryan to not only bring her back, but to convince her that she’s running away from the best thing that ever happened to her--him.
09

He promised to take me as far as I could go—and I wanted to go to the edge.

My whole life has been a cover, a con, a lie. I was born into the grift, raised on the thrill of playing someone I’m not. As a rule, I never let anyone get too close—until Cole August makes it impossible for me to stay away.

Cole is tough, sexy, and intensely loyal, yet his secrets are dark and his scars run deep. Not many women can handle his past, or the truth behind his fierce demands. But something about him beckons me—and our desire is a game I must play.

I know he’s dangerous, that even his touch is trouble, but what is passion without a little risk?

Our wedding was everything I dreamed of, and now the honeymoon is a living fantasy. To be Mrs. Damien Stark is the ultimate rush—to know that our claim to each other is real, our fierce passion sealing our bond. My kiss is forever his, his touch is forever mine.

We both harbor deep scars from our pasts, and we’ve done everything we can to lay our ghosts to rest. But there are still dreams that haunt me, and people that threaten to tear us apart.

Our shared ecstasy makes me feel alive, and I’ll do anything to keep Damien close. He is my future, my hope, my every want and need. And once you’ve tasted that kind of obsession, nothing can make you give it up.