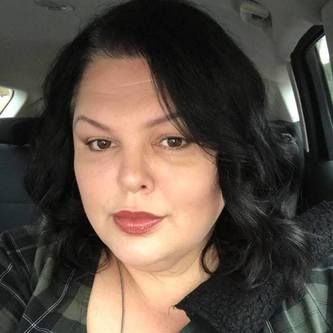 USA Today Best Selling author and Winner of the 2019 Romance Through the Ages Award for Georgian/Regency Romance, Chasity Bowlin is the author multiple bestselling historical romance novels, both independently and with Dragonblade Publishing. She lives in central Kentucky with her husband and their menagerie of animals. She loves writing, loves traveling and enjoys incorporating tidbits of her actual vacations into her books. She is an avid Anglophile, loving all things British, but specifically all things Regency.

Growing up in Tennessee, spending as much time as possible with her doting grandparents, soap operas were a part of her daily existence, followed by back to back episodes of Scooby Doo. Her path to becoming a romance novelist was set when, rather than simply have her Barbie dolls cruise around in a pink convertible, they time traveled, hosted lavish dinner parties and one even had an evil twin locked in the attic.

The Haunting of a Duke (Dark Regency, #1)
Communing with spirits has been both gift and curse to Emme Walters. Now it's made her a killer's target.

Emme knows why the Dowager Duchess of Briarleigh invited her to a house party--to investigate whether the duke, Rhys Brammel, murdered his wife years ago. But Emme never imagined she would fall in love with the brooding duke. Branded by society as a possible killer, Rhys is suspicious of Emme and her alleged "gift."

Then a late night encounter creates awareness of her other, more attractive, aspects. When Emme's life is threatened, Rhys becomes her protector. Emme and Rhys find passion and peril as they join forces to solve the mysteries at Briarleigh.

Graham, Lord Blakemore, was believed to be lost at sea as a boy. While his mother, Lady Agatha, has never given up hope of finding her son again, others—eager for the title and the wealth that accompanies it—have been conspiring to have him declared dead against Lady Agatha’s wishes. Her only ally in the house is her late husband’s ward, Miss Beatrice Marlowe.
But when a dark-haired stranger arrives on their doorstep claiming to be the lost heir to Castle Black, the plots and schemes of those who would have the castle for themselves take a dark and even more sinister turn.

An orphan when she came into the care of the late Lord Blakemore, Castle Black is the only home Beatrice has ever known. Its occupants are her family. This stranger, who claims to have lost his memory of his life there, threatens the order of all that she knows and holds dear. And yet, she is both drawn to him and strangely compelled to believe his claim. Beatrice finds herself torn between her desire for him and her belief that, if he is the lost lord of Castle Black, he is far above her reach.

Graham is no ordinary gentleman, bound by the rules of a society he has spent his life far removed from. He’s willing to face not just the danger that lurks within the walls of Castle Black, but anyone who stands between him and what he wants. He has returned to claim his destiny and, for him, Beatrice is part of that. While all else has been forgotten, he knows her to the depths of his soul. More than the castle itself, more than the strangely familiar and rugged land it sits upon, she is his home and he means to claim her.

The Beast of Bath
05

What Happens in Piccadilly (The Hellion Club, #3)
There's no such thing as just a kiss...

Chaos! That is what greets Miss Calliope St. James when she enters the household of her prospective employer, Lord Winn Hamilton, the Earl of Montgomery. The newly appointed guardian for his nieces and nephew, he's clearly a man who has no idea what to do with children... and they are children who clearly know when the adults in charge haven't a clue what they're doing. But he is handsome. Terribly, temptingly handsome, even when he's maddening.

Winn thought it was bad enough when his home was overrun with children hell-bent on driving him insane. Then, their new governess arrived... and she looks like no governess he's ever seen. Distractingly beautiful, maddeningly forthright, frustratingly capable—he's equal parts attracted to her and infuriated by her.

And then he sees the portrait... the portrait that changes everything. Because Calliope St. James isn't just the abandoned and unwanted child of unknown parents, as she's always been led to believe. If Calliope is who he thinks she is, she's very, very wealthy, and there are powerful people in the highest reaches of society who want her very, very dead.

To keep her safe, he'll have to keep her close, and that presents them both with an entirely different sort of danger.
07

The Redemption of a Rogue (Dark Regency, #2)
Lord Michael Sutherland, Viscount Ellersleigh, is infamous amongst the ton for his powers of seduction and his prowess as a lover. Running from his own ennui and a lover who fancies herself his future wife, Michael retreats to the country and a crumbling, haunted castle won in a game of chance... a castle occupied by an innocent and oh so tempting young woman, Miss Abigail Barrows.
But country life proves to be anything but quiet. At a debauched house party, Michael finds himself confronted with an unfortunate quandary, marry Abbigail, an innocent, or hang for murder.
Residing at Blagdon Hall, Michael's faced with the dilemmas of seducing his new wife, who seems to be impervious to his charm, and unraveling the mystery of Blagdon Hall's resident ghost and the nefarious goings on at the neighboring estate.
08

The Vanishing of Lord Vale (The Lost Lords Book 2)
09

The Missing Marquess of Althorn (The Lost Lords Book 3)
10

The Enticement of an Earl (Dark Regency, #3)
Spencer, Lord Wolverston and newly named Earl of Kinraven, has found peace in the wilds of Scotland. Free from the torment of seeing the woman he desires above all things but can never have, he’s slowly finding his footing in the world again as he attempts to restore the impoverished estate. But that new found peace comes crashing down around him when the source of his misery arrives on his doorstep, half frozen and injured from a carriage accident. With no other option, he opens his home to her, knowing that his heart will soon follow, whether he wishes it or not.

Miss Larissa Walters has fled London, seeking out the bastion of safety and security that has always been Lord Wolverston. Spencer saved her once before and she’s counting on him to do so again when an old threat returns. But as she convalesces within the dark and gloomy walls of Kinraven, she soon realizes that she isn’t the only one in danger. There are dark forces at work at Kinraven. An ages old curse that has systematically destroyed every heir to the earldom has taken hold of Spencer. In order to save him, she’ll have to conquer the thing she fears most… love.