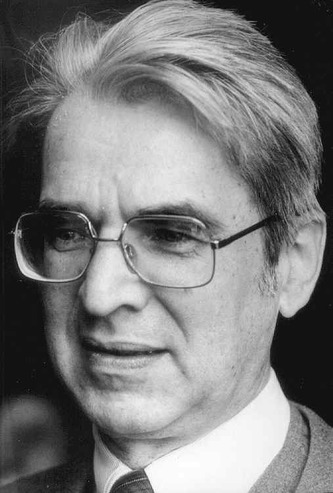 Herbert Rosendorfer was born in the village of Gries (currently in the province of Bolzano) in the South Tyrol. From 1939 to 1943, he lived in Munich. In 1943, he was evacuated to Kitzbühel, returning to Munich five years later.
After finishing school, Rosendorfer spent a year studying painting at the Academy of Fine Arts, Munich but then entered the Faculty of Law at the University of Munich.
Between 1967 and 1993, Rosendorfer served as a judge in Munich, after which he was a Justice at the High Court of Appeal in Naumburg. Also, from 1990, he was an honorary professor of the history of Bavarian literature at the University of Munich.
Following his retirement, he lived in Eppan, in the South Tyrol, till his death on 20 September 2012.
Rosendorfer was a member of the Bavarian Academy of Fine Arts, as well as the Academy of Sciences and Literature (Akademie der Wissenschaften und der Literatur) in Mainz. He received the 1977 Toucan Prize, the 1991 Ernst Hoferichter Award, the 1992 Upper Bavarian Cultural Prize, the 1999 Jean-Paul Prize, and the 2010 Corine Literature Prize for his lifetime achievements.
He was honoured with the Order of Merit, First Class (2000), the Austrian Cross of Honour for Science and Art, 1st class and the Bavarian Order of Merit in 2004.
Works

Grand Solo for Anton
When Anton wakes up one morning and discovers that he is the only person left in the world, he accepts the situation with remarkable ease. Soon, he finds himself on the trail of a group secretly searching for 'The Book', a text that contains all knowledge of the world. But when he discovers it, he comes to some shocking conclusions.
03

The Architect of Ruins
Four men led by the Architect of Ruins construct an Armagedon shelter, in the shape of a giant cigar, so that when the end of the world comes they can enter eternity in the right mood, whilst playing a Schubert string quartet.
04

The Night Of The Amazons
In this novel, we follow the career of Christian Weber, the fat, one-eyed, sausage-guzzling slob who, from 1921 until his miserable death in 1945, ran Munich for the Nazis.