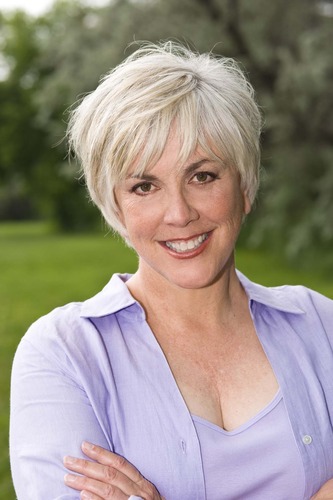 New York Times and USAToday best selling author Connie Brockway has twice won the Romance Writers of America's Rita award for best historical romance as well as being an eight time finalist. After receiving a double major in art history and English from Macalester College, Connie entered grad school with an eye to acquiring her MFA in creative writing. Soon enough she jettisoned the idea of writing serious literature for what she considered (and still considers) the best gig in the world, writing romance.

Connie has received numerous starred reviews for her romances in Publisher's Weekly and Library Journal. Library Journal also named her Her 2004 romance, My Seduction, one of the year's top ten romances.

In November of 2011, THE OTHER GUY'S BRIDE (a sequel to the perennially popular AS YOU DESIRE) was Amazon's Montlake Publishing's launch title. Here next book, NO PLACE FOR A DAME will be published September, 2013. A regency set romance, it is also the sequel to ALL THROUGH THE NIGHT.Today Connie lives in Minnesota with her husband David, a family physician, and two spoiled mutts.

Connie Brockway is the author of books: As You Desire (Braxton, #1), My Dearest Enemy, All Through the Night (Royal Agents #2), The Other Guy's Bride (Braxton, #2), The Passionate One (McClairen's Isle, #1), The Bridal Season (Bridal Stories, #1), Bridal Favors (Bridal Stories, #2), My Seduction (The Rose Hunters Trilogy #1), No Place for a Dame (Royal Agents #3), So Enchanting

As You Desire (Braxton, #1)
Kidnapped, drugged, and about to be sold to the highest bidder, Desdemona Carlisle is having a hell of a time maintaining her English pride. Then she sees the man in black, galloping through the Egyptian desert on a pure white steed. Desdemona could not have conjured a more dashing savior in her wildest fantasies. But an unlikelier hero would be impossible to find: Harry Braxton is a rogue, a scoundrel, and a born opportunist—who has already broken Desdemona’s heart once before.

As brilliant as she is beautiful, Desdemona still hasn’t learned how to stay out of trouble—which suits Harry just fine. Running from a painful past, and rumored to be involved in nefarious endeavors, Harry will never be a proper match for Desdemona. But when she catches the eye of his cousin, the irritatingly honorable Lord Blake Ravenscroft, Harry vows to claim his one true desire, once and for all.
02

My Dearest Enemy
Breathtakingly romantic, startlingly original, Connie Brockway's novels have captured the hearts of readers and the raves of critics everywhere.  Now she brings you a unique and unforgettable love story that begins with a series of letters between a world-weary adventurer and the woman whose love brings him home.

I give you fair warning.  I intend to do whatever I must to abide by your late uncle's will and win Mill House.  Though I know he never expected me to succeed, and for whatever reasons is using me to shame you, I accept his challenge.  For the next five years, I will profitably manage this estate.  I will deliver to you an allowance and I will prove that women are just as capable as men.  And at the end, I shall accept Mill House as my reward.

Forgive me if I fail to shudder.  Pray, do whatever you bloody well want, can, or must.  I shall look forward to making your acquaintance in my lawyer's office five years hence, when I take possession of Mill House.

The Other Guy's Bride (Braxton, #2)
Determined to prove her worth as a budding archeologist, Ginesse Braxton vows to solve one of the world's greatest mysteries--to find the location of the lost city of Zerzura. Unfortunately, no man dares take the risk of escorting the resolute young scholar across the open desert. But on her way to Egypt, Ginesse engages in a daring deception--she will switch places with Mildred Whimpelhall, who is traveling to meet her fiancé.

Cynical adventurer Jim Owen will do anything to escape the dark secrets of his troubled past. Betrayed by the woman he loved, scorned by proper society, he agrees to carry out a danger-fraught task: escort Mildred Whimpelhall across a lawless desert to her intended. But Jim is about to learn that "Mildred" isn't exactly what she seems . . . and the dangers they face together are eclipsed only by an even greater peril: falling in love, against all reason, with another guy's bride . . .
05

The Passionate One (McClairen's Isle, #1)
No woman could resist the pleasures he offered....

They are the Merricks, two brothers and a sister, restless, daring, proud.  English by birth, they came to Scotland with their father to occupy McClairen lands.  And there each would find a love as wild and glorious as the Highland isle they claimed as their own.

Fia, the only daughter, is the ravishing one. Raine, the second son, is the reckless one. Ashton is the eldest son. This is his story. . . .

The Passionate One
He was a notorious rogue with a reputation for hell-raising and heartbreaking. But family secrets forced Ashton Merrick to do his ruthless father's bidding--and escort Rhiannon Russell back to McClairen's Isle. Ash suspected that his father intended to make the innocent beauty his fourth wife. But he didn't expect the passions she would ignite in his own wary heart.

Watch for the next two books in the breathtakingly romantic McClairen's Isle trilogy, The Reckless One and The Ravishing One, coming soon from Dell.
06

The Bridal Season (Bridal Stories, #1)
Letty Potts has gotten into a few fixes in her twenty-five years, but this is her worst predicament yet. A petty schemer by necessity, the struggling music hall performer has decided to go straight. But after narrowly escaping the wrath of her partner in crime, she finds herself at Paddington Station with nothing but the gown she's wearing ... and another woman's train ticket clutched in her hand. Now masquerading as the redoubtable "Lady Agatha," of Whyte Wedding Celebrations, Letty arrives in the backwater burg of Little Bidewell, where she is to arrange the nuptials of a young society bride.

Amid the dizzying whirl of pre-wedding festivities, nobody suspects Letty's secret ... except the sensual and aristocratic Sir Elliot March. A war hero who has forsworn love, Elliot senses something decidedly amiss about this outspoken young woman. Yet she awakens a passionate yearning he'd thought was lost to him forever. And soon a desperate masquerade embroils them both in a web of scandal and danger as Letty's past catches up with her --- threatening their lives ... and a love without peer.
07

Bridal Favors (Bridal Stories, #2)
Award-winning author Connie Brockway takes readers to the elegant drawing rooms and sprawling country estates of Victorian England in this captivating tale of a woman who must keep an irresistible nobleman’s most scandalous secret—without losing her heart.

Evelyn Whyte has never forgotten the night she first met Justin Powell—or the shocking indiscretion that left the raffish military hero eternally in her debt. Now, desperate to save her aunt’s foundering nuptial-planning enterprise, she’s ready for Justin to repay the favor. All she needs is his scenic ancestral home, where she’s determined to show the world that even a woman innocent in the ways of love can turn a simple wedding into the social event of the season.

Justin is happy to oblige, but his hospitality may place the wedding party in peril. Unaware of the daring double life he conceals behind a cloak of amiable gentility, Evie and her guests descend on North Cross Abbey. Pursued by enemy agents amid a whirl of festivities, Justin vows to keep Evie safe. But who will protect him from the charms of this alluring woman—and the promise of a matchless love worth any risk?
08

My Seduction (The Rose Hunters Trilogy #1)
Connie Brockway sweeps readers back to the rough beauty of Regency-era Scotland and into the scintillating, passionate, and surprising love story of a mysterious Highlander and the woman he is pledged to protect.

Desperate to keep her two sisters and herself from the poorhouse, Kate Nash Blackburn embarks upon a journey to northern Scotland, where she hopes to gain the gratitude and patronage of a wealthy marquis. When fate maroons her at a tavern full of ruffians, a brawny Highland soldier comes to her rescue. It's Kit MacNeill, the man whose pledge to her family has haunted her for years. When he offers to escort Kate through the treacherous Highlands to Castle Parnell, she accepts even though her instincts warn her against trusting this rough and dangerous man. But soon Kate is startled by the Highlander's cultured speech and courtly manners. Who is this man of contradictions, shaped by a shadowy past, who fiercely wards off an attempt on her life, whose broad shoulders beckon her touch, and in whose arms she comes fully alive?
09

No Place for a Dame (Royal Agents #3)
The sequel to All Through the Night where gorgeous, damaged Giles, Lord Strand finally finds his happily-ever-after.

Beautiful, bold and brilliant, Avery dreams of becoming a member of the Royal Astronomical Society—and the only way she can join the all-male society is to disguise herself as a boy. After helping Giles, Lord Strand, escape a disastrous engagement, she is certain he will assist in her daring masquerade. No lady would ever come up with such a preposterous scheme, and no gentleman would accept…but fortunately for Avery, Giles is no gentleman.

A bargain is struck between the stargazing adventuress and society's most sophisticated lord. He will sponsor her as his prodigy, and she will cover for him as he hunts London's darkest warrens for a missing colleague from his shadowy past. But time and again Giles finds his quest compromised by his fierce and unwise attraction to the lovely girl who, though no lady, may well be the one dame to finally unlock the secrets of his heart.
10

So Enchanting
Years ago, lovely young Francesca Walcott ruled the fringes of London society as a mysteriously gifted medium. Until the uncompromising Lord Greyson Sheffield accused her of being a fraud, shattering her world and sending her into exile in the Scottish Highlands.

Now Greyson has received word of a young witch in Scotland, and he travels to Little Firkin to investigate, only to find that the girl in question has a companion who is none other than Fanny Walcott, now a ravishing woman. Audacious Fanny is more than his match in every way, and as the sparks of challenge set fire to a passion neither can control, Grey is prepared to risk everything for the one woman he can never forget.

Fighting an unseen enemy, thrown together by danger and desire, the cynic and the enchantress discover their own brand of magic...and a love too powerful, too consuming, too beguiling for either to resist.