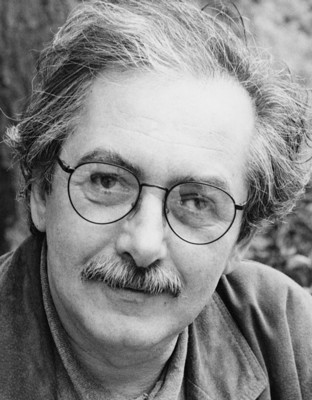 Jean-Claude Izzo was a French poet, playwright, screenwriter, and novelist who achieved sudden fame in the mid-1990s with the publication of his three noir novels, Total Chaos (Total Khéops), Chourmo, and Solea: widely known as the Marseilles Trilogy. They feature, as protagonist, ex-cop Fabio Montale, and are set in the author's native city of Marseille. All have been translated into English by Howard Curtis.
Jean-Claude Izzo's father was an Italian immigrant and his maternal grandfather was a Spanish immigrant. He excelled in school and spent much of his time at his desk writing stories and poems. But because of his “immigrant” status, he was forced into a technical school where he was taught how to operate a lathe.
In 1963, he began work in a bookstore. He also actively campaigned on behalf of Pax Christi, a Catholic peace movement. Then, in 1964, he was called up for military duty in Toulon and Djibouti. He then worked for the military newspaper as a photograph and journalist.

Total Chaos
Book One in the Marseilles Trilogy

Ugo, Manu, and Fabio grew up together on the mean streets of Marseilles, where friendship means everything. They promised to stay true to one another and swore that nothing would break their bond. But people and circumstances change. Ugo and Manu have been drawn into the criminal underworld of Europe's toughest, most violent and vibrant city. When Manu is murdered and Ugo returns from abroad to avenge his friend's death, only to be killed himself, it is left to the third in this trio, Detective Fabio Montale, to ensure justice is done. Despite warnings from both his colleagues in law enforcement and his acquaintances in the underworld, Montale cannot forget the promise he once made Manu and Ugo. He's going to find their killer even if it means going too far.

In Izzo's novels, Marseilles is explosive, tragic, breathtakingly beautiful and deadly. Asked to explain the astounding success of his now legendary Marseilles triology, Izzo credits his beloved native city: "Essentially, I think I have been rewarded for having depicted the real beauty of Marseilles, its gusto, its passion for life, and the ability of its inhabitants to drink life down to the last drop." Fabio Montale is the perfect protagonist in this city of melancholy beauty. A disenchanted cop with an inimitable talent for living who turns his back on a police force marred by corruption and racism and, in the name of friendship, takes the fight against the mafia into his own hands.
02

Chourmo
"A talented French writer who draws from the deep dark well of noir."-The Washington Post Chourmo . . . the rowers in a galley. In Marseilles, you weren't just from one neighborhood, one project. You were chourmo. In the same galley, rowing! Trying to get out. Together.

In this second installment of Jean-Claude Izzo's legendary Marseilles Trilogy-which includes Total Chaos, Chourmo, and Solea-Fabio Montale has left a police force riddled with corruption, racism, and greed to follow the ancient rhythms of his native town: the sea, fishing, the local bar, hotly contested games of belote. But his cousin's son has gone missing, and Montale is dragged back onto the mean streets of a violent, crime-infested Marseilles.
03

Solea
The Marseilles trilogy, featuring ex-cop Fabio Montale, is a classic of European crime fiction. Its publication was the catalyst for the foundation of an entire literary movement, Mediterranean noir, and made its author an overnight celebrity. Europa is Proud to reissue the entire trilogy this summer in new editions that have a fresh look and feature an introduction by “the reigning king of Mediterranean noir”, Massimo Carlotto.
04

The Lost Sailors
The men aboard an impounded freighter in the port of Marseilles are divided - should they wait for the money owed to them, or accept thier fate and look for work on another ship? This may be Captain Abdul Aziz's last commission and he is determined to save his ship and do the right thing by the men aboard.
07