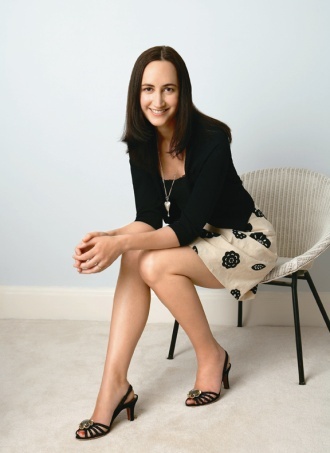 Sophie Kinsella has sold over 40 million copies of her books in more than 60 countries, and she has been translated into over 40 languages.

Sophie has also written seven standalone novels which have all been bestsellers in the UK, USA and other countries around the world: Can You Keep A Secret?, The Undomestic Goddess, Remember Me?, Twenties Girl, I’ve Got Your Number, Wedding Night, and My Not So Perfect Life, which was a Goodreads Choice Awards finalist for Best Fiction in 2017.

In 2014 she published a Young Adult novel Finding Audrey about a teenage girl with social anxiety and her madcap family, and in January 2018, Sophie published her first illustrated book for young readers about the charming adventures of a mother-daughter fairy duo, Mummy Fairy and Me (also published as Fairy Mom and Me).

Sophie’s latest novel, Surprise Me, published in February 2018, presents a humorous yet moving portrait of a marriage—its intricacies, comforts, and complications. Surprise Me reveals that hidden layers in a close relationship are often yet to be discovered.

Sophie wrote her first novel under her real name, Madeleine Wickham, at the tender age of 24, whilst she was working as a financial journalist. The Tennis Party was immediately hailed as a success by critics and the public alike and became a top ten bestseller. She went on to publish six more novels as Madeleine Wickham: A Desirable Residence, Swimming Pool Sunday, The Gatecrasher, The Wedding Girl, Cocktails for Three and Sleeping Arrangements.

Sophie was born in London. She studied music at New College, Oxford, but after a year switched to Politics, Philosophy and Economics. She now lives in London, UK, with her husband and family.

Confessions of a Shopaholic (Shopaholic, #1)
Becky Bloomwood has a fabulous flat in London’s trendiest neighborhood, a troupe of glamorous socialite friends, and a closet brimming with the season’s must-haves. The only trouble is, she can’t actually afford it—not any of it. Her job writing at Successful Saving magazine not only bores her to tears, it doesn’t pay much at all. And lately Becky’s been chased by dismal letters from the bank—letters with large red sums she can’t bear to read. She tries cutting back. But none of her efforts succeeds. Her only consolation is to buy herself something . . . just a little something.

Finally a story arises that Becky actually cares about, and her front-page article catalyzes a chain of events that will transform her life—and the lives of those around her—forever.
02

Can You Keep a Secret?
Meet Emma Corrigan, a young woman with a huge heart, an irrepressible spirit, and a few little secrets: Secrets from her boyfriend: I've always thought Connor looks a bit like Ken. As in Barbie and Ken. Secrets from her mother: I lost my virginity in the spare bedroom with Danny Nussbaum while Mum and Dad were downstairs watching Ben-Hur. Secrets she wouldn't share with anyone in the world: I have no idea what NATO stands for. Or even what it is. Until she spills them all to a handsome stranger on a plane. At least, she thought he was a stranger.…Until Emma comes face-to-face with Jack Harper, the company's elusive CEO, a man who knows every single humiliating detail about her...
03

The Undomestic Goddess
Workaholic attorney Samantha Sweeting has just done the unthinkable. She’s made a mistake so huge, it’ll wreck any chance of a partnership.

Going into utter meltdown, she walks out of her London office, gets on a train, and ends up in the middle of nowhere. Asking for directions at a big, beautiful house, she’s mistaken for an interviewee and finds herself being offered a job as housekeeper. Her employers have no idea they’ve hired a lawyer–and Samantha has no idea how to work the oven. She can’t sew on a button, bake a potato, or get the #@%# ironing board to open. How she takes a deep breath and begins to cope–and finds love–is a story as delicious as the bread she learns to bake.

But will her old life ever catch up with her? And if it does…will she want it back?
04

Remember Me?
When twenty-eight-year-old Lexi Smart wakes up in a London hospital, she’s in for a big surprise. Her teeth are perfect. Her body is toned. Her handbag is Vuitton. Having survived a car accident—in a Mercedes no less—Lexi has lost a big chunk of her memory, three years to be exact, and she’s about to find out just how much things have changed.

Somehow Lexi went from a twenty-five-year-old working girl to a corporate big shot with a sleek new loft, a personal assistant, a carb-free diet, and a set of glamorous new friends. And who is this gorgeous husband—who also happens to be a multimillionaire? With her mind still stuck three years in reverse, Lexi greets this brave new world determined to be the person she…well, seems to be. That is, until an adorably disheveled architect drops the biggest bombshell of all.

Suddenly Lexi is scrambling to catch her balance. Her new life, it turns out, comes complete with secrets, schemes, and intrigue. How on earth did all this happen? Will she ever remember? And what will happen when she does?

With the same wicked humor and delicious charm that have won her millions of devoted fans, Sophie Kinsella, author of the #1 New York Times bestseller Shopaholic & Baby, returns with an irresistible new novel and a fresh new heroine who finds herself in a life-changing and utterly hilarious predicament…
05

I've Got Your Number
I’ve lost it. :( The only thing in the world I wasn’t supposed to lose. My engagement ring. It’s been in Magnus’s family for three generations. And now the very same day his parents are coming, I’ve lost it. The very same day! Do not hyperventilate, Poppy. Stay positive :) !!

Poppy Wyatt has never felt luckier. She is about to marry her ideal man, Magnus Tavish, but in one afternoon her “happily ever after” begins to fall apart. Not only has she lost her engagement ring in a hotel fire drill but in the panic that follows, her phone is stolen. As she paces shakily around the lobby, she spots an abandoned phone in a trash can. Finders keepers! Now she can leave a number for the hotel to contact her when they find her ring. Perfect!

Well, perfect except that the phone’s owner, businessman Sam Roxton, doesn’t agree. He wants his phone back and doesn’t appreciate Poppy reading his messages and wading into his personal life.

What ensues is a hilarious and unpredictable turn of events as Poppy and Sam increasingly upend each other’s lives through emails and text messages. As Poppy juggles wedding preparations, mysterious phone calls, and hiding her left hand from Magnus and his parents . . . she soon realizes that she is in for the biggest surprise of her life.
06

Twenties Girl
Lara Lington has always had an overactive imagination, but suddenly that imagination seems to be in overdrive. Normal professional twenty-something young women don't get visited by ghosts. Or do they?

When the spirit of Lara's great-aunt Sadie-a feisty, demanding girl with firm ideas about fashion, love, and the right way to dance-mysteriously appears, she has one request: Lara must find a missing necklace that had been in Sadie's possession for more than seventy-five years, because Sadie cannot rest without it.

Lara and Sadie make a hilarious sparring duo, and at first it seems as though they have nothing in common. But as the mission to find Sadie's necklace leads to intrigue and a new romance for Lara, these very different "twenties" girls learn some surprising truths from and about each other. Written with all the irrepressible charm and humor that have made Sophie Kinsella's books beloved by millions, Twenties Girl is also a deeply moving testament to the transcendent bonds of friendship and family.
07

Shopaholic & Baby (Shopaholic, #5)
Becky Brandon (nee Bloomwood) is pregnant! She couldn't be more overjoyed-especially since discovering that shopping cures morning sickness. Everything has got to be perfect for her baby: from the designer nursery . . . to the latest, coolest pram . . . to the celebrity, must-have obstetrician.
But when the celebrity obstetrician turns out to be her husband Luke's glamorous, intellectual ex-girlfriend, Becky's perfect world starts to crumble. She's shopping for two . . . but are there three in her marriage?
08

Shopaholic Takes Manhattan (Shopaholic, #2)
The irresistible heroine of Confessions of a Shopaholic and Shopaholic Ties the Knot is back! And this time Becky Bloomwood and her credit cards are headed across the Atlantic....
With her shopping excesses (somewhat) in check and her career as a TV financial guru thriving, Becky's biggest problem seems to be tearing her entrepreneur boyfriend, Luke, away from work for a romantic country weekend. And worse, figuring out how to pack light. But packing takes on a whole new meaning when Luke announces he's moving to New York for business--and he asks Becky to go with him! Before you can say "Prada sample sale," Becky has landed in the Big Apple, home of Park Avenue penthouses and luxury boutiques.
Surely it's only a matter of time until she becomes an American TV celebrity, and she and Luke are the toast of Gotham society. Nothing can stand in their way, especially with Becky's bills miles away in London. But then an unexpected disaster threatens her career prospects, her relationship with Luke, and her available credit line! Shopaholic Takes Manhattan--but will she have to return it?
09

Shopaholic Ties the Knot (Shopaholic, #3)
Life has been good for Becky Bloomwood: She’s become the best personal shopper at Barneys, she and her successful entrepreneurial boyfriend, Luke, are living happily in Manhattan’s West Village, and her new next-door neighbor is a fashion designer! But with her best friend, Suze, engaged, how can Becky fail to notice that her own ring finger is bare? Not that she’s been thinking of marriage (or diamonds) or anything . . . Then Luke proposes! Bridal registries dance in Becky’s head. Problem is, two other people are planning her wedding: Becky’s overjoyed mother has been waiting forever to host a backyard wedding, with the bride resplendent in Mum’s frilly old gown. While Luke’s high-society mother is insisting on a glamorous, all-expenses-paid affair at the Plaza. Both weddings for the same day. And Becky can’t seem to turn down either one. Can everyone’s favorite shopaholic tie the knot before everything unravels?
10

Shopaholic and Sister (Shopaholic, #4)
Irresistible, one-woman shopping phenomenon Becky Bloomwood is back in this hilarious, heartwarming, New York Times bestselling tale of married life, best friends, and long-lost sisters (and the perils of simply having to own an Angel handbag!).