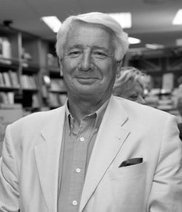 Andrew Swanston read Law at Cambridge University, and held various positions in the book trade, including being a director of Waterstone & Co, and chairman of Methven’s plc, before turning to writing. Inspired by a lifelong interest in early modern history, his ‘Thomas Hill’ novels are set during the Wars of the Three Kingdoms and the early period of the Restoration. Incendium is the first of two novels set in the 1570's and Waterloo:The Bravest Man describes the vital defence of Hougoumont at the battle. Beautiful Star and Other Stories will be published in early 2018. He lives with his wife in Surrey.

England is at war with itself. King Charles I has fled London, his negotiations with Parliament in tatters. The country is consumed by bloodshed.

For Thomas Hill, a man of letters quietly running a bookshop in the rural town of Romsey, knowledge of the war is limited to the rumours that reach the local inn.

When a stranger knocks on his door one night and informs him that the king's cryptographer has died, everything changes. Aware of Thomas's background as a mathematician and his expertise in codes and ciphers, the king has summoned him to his court in Oxford.

On arrival, Thomas soon discovers that nothing at court is straightforward. There is evidence of a traitor in their midst. Brutal murder follows brutal murder. And when a vital message encrypted with a notoriously unbreakable code is intercepted, he must decipher it to reveal the king's betrayer and prevent the violent death that failure will surely bring.
02

Spring 1661. After years of civil war followed by Oliver Cromwell's joyless rule as Lord Protector, England awaits the coronation of King Charles II. The mood in London is one of relief and hope for a better future. But when two respectable gentlemen are found in a foul way with their throats cut, it becomes apparent that England's enemies are using the newly reestablished post office for their own ends. There are traitors at work and plans to overthrow the king. Another war is possible. Thomas Hill, in London visiting friends, is approached by the king's security advisor and asked to take charge of deciphering coded letters intercepted by the post office. As the body count rises and the killer starts preying on women, the action draws closer to Thomas—and his loved ones. He finds himself dragged into the hunt for the traitors and the murderer, but will he find them before it's too late?
03

The King's Exile (Thomas Hill, #2)
Thomas Hill is arrested on charges invented by his old enemy Tobias Rush, whom he thought had been executed for treason. He is deported to Barbados where he is indentured to Rush's business partners.

When news of the King's execution arrives, political stability on the island is threatened. Also in danger is Thomas's sister and nieces back in England, and he knows he must return home to them. However when a fleet commanded by Admiral Sir George Ayscue arrives to take control of the island for Cromwell, his departure is blocked.

A coded message from Ayscue to a sympathiser on the island is intercepted, and Thomas is asked to decipher it. A potentially disastrous battle seems inevitable, and Thomas volunteers for the dangerous role of envoy to Ayscue. But with his sworn enemy hot on his heels, will Thomas ever find safety and make it home to his family alive?
04

Waterloo: The Bravest Man
A brand-new, stand-alone historical novel, set during the dark days of the Battle of Waterloo.

Focussing on the lesser known, key moments of the Battle of Waterloo, which had a big impact on its outcome.

Published to commemorate the Bicentenary of the Battle of Waterloo is this summer.

June, 1815. The Coldstream Guards and the third guards are waiting impatiently for orders to move into battle against Napoleon and his French army. Every day seems endless as the troops wait for Wellington’s orders. When word is finally received, the path to glory it is not quite what the troops were hoping for. Hours of marching during the day are followed by restless nights’ sleep in the rain, dampening their spirits and weakening morale. When the group eventually encounter the French in battle, a special command comes from Wellington himself to Colonel James Macdonell of the Coldstream Guards: hold the chateau at Hougoumont and do not let the French pass. What happens next is history.
05

Beautiful Star & Other Stories
History is brought alive by the people it affects, rather than those who created it.

In Beautiful Star
This is a moving and affecting journey through time, bringing a new perspective to the defence of Corfe Castle, the battle of Waterloo, the siege of Toulon and, in the title story, the devastating dangers of the life of the sea in 1875.
06

A Witch and a Bitch: the Trial of the Last Witch in England
'A Witch and a Bitch’, an expression used by one witness to describe the defendant, is based on the true story of the Jane Wenham, the last woman to be found guilty of witchcraft in an English court in 1712.

By Andrew Swanston, author of the successful "Thomas Hill" series.
07

Summer, 1572 and England is vulnerable. Fear of plague and insurrection taint the air, and heresy, fanaticism and religious unrest seethe beneath the surface of society. Rumour and mistrust lead to imprisonment, torture and sometimes murder. To the young lawyer Christopher Radcliff and his patron and employer, Robert Dudley, Earl of Leicester, the prospects for peace are grave - and as Leicester's chief intelligencer, he is charged with investigating both the rumours of rebellion at home and invasion from abroad.
But Radcliff's own life is far from orderly. His relationship with the widow Katherine Allingham is somewhat turbulent and the cut-throat world of court politics leaves no room for indiscretions.
That the queen's own cousin, the Duke of Norfolk, is found guilty of treason, it is a sign of just how deep the dissent goes. Jesuit priests have been sent to England in order to foment revolt but the threat of a Catholic uprising comes not just from within. Across the channel, France is caught up in a frenzy of brutal religious persecution and England's other enemy of old, Spain, is making preparations to invade. England is a powder-keg, just waiting for a spark to ignite it - and then Christopher Radcliff hears word of a plot that could provide that spark. The word is 'incendium' - but what does it mean and who lies behind it? Suddenly Christopher Radcliff is caught up in a race against time...
08