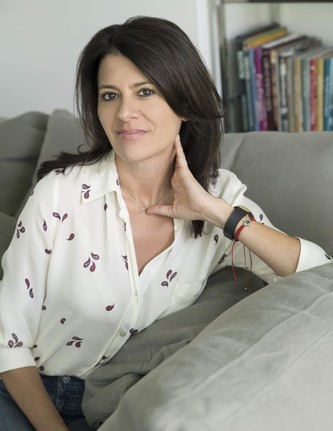 Rochelle B. Weinstein is the USA Today and Amazon bestselling author of emotionally driven women's fiction, including This Is Not How It Ends, Somebody's Daughter, Where We Fall, The Mourning After, and What We Leave Behind. Rochelle spent her early years in sunny South Florida, always with a book in hand, raised by the likes of Sidney Sheldon and Judy Blume. Before becoming a full-time writer, Rochelle lived in Los Angeles, where she handled advertising and promotions for major film studios and record labels at LA Weekly. After returning to Miami, she continued her passion for entertainment as a music-industry executive at the Box Music Network. When she's not writing, Rochelle loves to hike, read, and find the world's best nachos. She is currently working on her sixth novel. Please visit her at www.rochelleweinstein.com.

Rochelle B. Weinstein is the author of books: This Is Not How It Ends, Somebody's Daughter, Where We Fall, The Mourning After, What We Leave Behind

This Is Not How It Ends
From USA Today bestselling author Rochelle B. Weinstein comes a moving novel of hearts lost and found, and of one woman torn between two love stories.

When Charlotte and Philip meet, the pair form a deep and instant connection. Soon they’re settled in the Florida Keys with plans to marry. But just as they should be getting closer, Charlotte feels Philip slipping away.

Second-guessing their love is something Charlotte never imagined, but with Philip’s excessive absences, she finds herself yearning for more. When she meets Ben, she ignores the pull, but the supportive single dad is there for her in ways she never knew she desired. Soon Charlotte finds herself torn between the love she thought she wanted and the one she knows she needs.

As a hurricane passes through Islamorada, stunning revelations challenge Charlotte’s loyalties and upend her life. Forced to reexamine the choices she’s made, and has yet to make, Charlotte embarks on an emotional journey of friendship, love, and sacrifice—knowing that forgiveness is a gift, and the best-laid plans can change in a heartbeat.

This Is Not How It Ends is a tender, moving story of heartbreak and healing that asks the question: Which takes more courage—holding on or letting go?
02

Somebody's Daughter
From USA Today bestselling author Rochelle B. Weinstein comes an emotional novel for mothers, daughters, and anyone who has ever felt imperfect.

Emma and Bobby Ross enjoy a charmed life on the shores of Miami Beach. They are a model family with a successful business, an uncomplicated marriage, and two blessedly typical twin daughters, Zoe and Lily. They are established members of a tight-knit community.

Then, on the night of the girls’ fifteenth birthday party, they learn of Zoe’s heartbreaking mistake—a private and humiliating indiscretion that goes viral and thrusts her and her family into the center of a shocking public scandal.

As the family’s core is shattered by disgrace, judgment, and retribution, the fallout takes its toll. But for Emma, the shame runs deeper. Her daughter’s reckless behavior has stirred memories of her own secrets that could break a marriage, a family, and friendships forever.
03

Where We Fall
By all accounts, Abby Holden has it all. She’s the mother of a beautiful teenager and the wife of a beloved high school football coach. And all it took to achieve her charmed life was her greatest act of betrayal.

Coach Ryan can coax his team to victory, but he can’t seem to make his wife, Abby, happy. Her struggles with depression have marred their marriage and taken a toll on their daughter, Juliana. Although this isn’t the life he’s dreamed of, he’s determined to heal the rifts in his family.

Chasing waterfalls and documenting their beauty has led photographer Lauren Sheppard all around the world. Now it has brought her back home to the mountains of North Carolina—back to the scene of her devastating heartbreak.

For the first time in seventeen years, a trio of once-inseparable friends find themselves confronting past loves, hurts, and the rapid rush of a current that still pulls them together.…
04

The Mourning After
A tragic accident will forever change the Keller family. Fifteen-year-old Levon Keller survives, though his older brother David, star athlete and golden child, does not. As the fragile family mourns while trying to move on, guilt-ridden Levon finds himself lost between the memory of his brother and the constant attention his younger sister requires with a rare genetic affliction. When the beautiful and unpredictable teenager Lucy Bell moves in next door, Levon finds a trustworthy friend--one capable of providing salvation and true insight. Their friendship leads the reader on a journey that reveals family secrets and painful truths, culminating in an astonishingly suspenseful realization: when it comes to family, nothing is as it seems.

Compelling and rife with raw emotion The Mourning After captures the essence of a family in crisis and recovery. It sings with the power of the human spirit.
05

What We Leave Behind
It is said that our lives are a sum total of the choices we make, which inevitably leaves us to wonder: what if? What if we had the chance to go back and live what could have been? What We Leave Behind hones in on the fleeting moments and stand-out events that irrevocably change our lives.

The book chronicles the life and emotional growth of Jessica Parker as she frees herself from the past and moves forward with her future. At sixteen, Jessica is managing the emotional trauma of her father’s death while surrendering to the profound pain of a failed first love. Jonas Levy, a twenty-two-year-old medical student, has abruptly walked out of Jessica’s life after an intense summer romance, and the wounds are still raw. Is it possible to ever forget the boy you first gave your heart to? Jessica eventually moves on, and in her twenties, becomes a successful music supervisor in Los Angeles. She marries film producer, Marty Tauber, starts a family, and appears to have it all until things slowly begin to unravel. The marriage struggles through a miscarriage and becomes harder and harder to sustain.

With an unexpected phone call from New York, a secret from Jessica’s past comes to light. As the rippling effects of her betrayal emerge, Jessica finds herself caught in the firestorm of long-hidden emotional trauma. Thrust into a modern day moral and ethical dilemma, Jessica must face the pain of her past or lose everything she holds dear. Will she be able to reconcile old feelings in time to salvage her marriage?

An honest, tender, and poignant portrayal of love in its many forms, this heart-wrenching novel will resonate with any woman who has questioned her past and wondered what could have been.