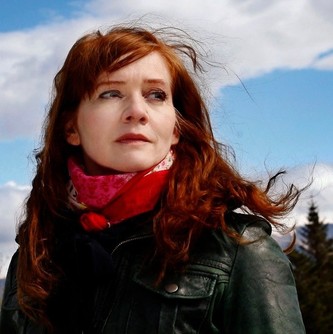 Auður Ava Olafsdóttir was born in Iceland in 1958, studied art history in Paris and has lectured in History of Art at the University of Iceland. Her earlier novel, The Greenhouse (2007), won the DV Culture Award for literature and was nominated for the Nordic Council Literature Award. She currently lives and works in Reykjavik.

Ör
Winner of the Icelandic Literary Prize, Hotel Silence is a delightful and heartwarming new novel from Auour Ava Olafsdottir, a writer who "upends expectations" (New York Times). Told with grace, insight, and humor, this is the story of one man's surprising mid-life adventure of self-discovery that leads him to find a new reason for being.

Jonas Ebeneser is a handy DIY kind of man with a compulsion to fix things, but he can't seem to fix his own life. On the cusp of turning fifty, divorced, adrift, he's recently discovered he is not the biological father of his daughter, Gudrun Waterlily, and he has sunk into an existential crisis, losing all will to live. As he visits his senile mother in a nursing home, he secretly muses on how, when, and where to put himself out of his misery.

To prevent his only daughter from discovering his body, Jonas decides it's best to die abroad. Armed with little more than his toolbox and a change of clothes, he flies to an unnamed country where the fumes of war still hover in the air. He books a room at the sparsely occupied Hotel Silence, and there he comes to understands the depths of other people's scars while beginning to see his wounds in a new light.

A celebration of life's infinite possibilities, of transformations and second chances, Hotel Silence is a rousing story of a man, a community, and a path toward regeneration from the depths of despair.
02

Butterflies in November
After a day of being dumped - twice - and accidentally killing a goose, the narrator begins to dream of tropical holidays far away from the chaos of her current life. instead, she finds her plans wrecked by her best friend's deaf-mute son, thrust into her reluctant care. But when a shared lottery ticket nets the two of them over 40 million kroner, she and the boy head off on a road trip across iceland, taking in cucumber-farming hotels, dead sheep, and any number of her exes desperate for another chance. Blackly comic and uniquely moving, Butterflies in November is an extraordinary, hilarious tale of motherhood, relationships and the legacy of life's mistakes.
03

The Greenhouse
For Lobbi, the tragic passing of his mother proves to be a profound catalyst. Their shared love of tending rare roses in her greenhouse inspires him to leave his studies behind and travel to a remote village monastery to restore its once fabulous gardens. While transforming the garden under the watchful eye of a cinephile monk, he is surprised by a visit from Anna, a friend of a friend with whom he shared a fateful moment in his mother’s greenhouse, and the daughter they together conceived that night. In caring for both the garden and the little girl, Lobbi slowly begins to assume the varied and complex roles of a man: fatherhood with a deep relationship with his child, cooking, nurturing, and remaining also a son, brother, lover, and…a gardener. A story about the heartfelt search for beauty in life, The Greenhouse is a touching reminder of our ability to turn the small things in everyday life into the extraordinary.
04