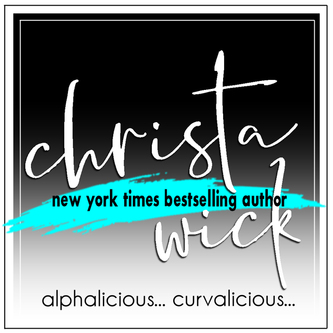 Plus-size college senior Cecelia is all set for a long weekend at her parents' lake house, but her car won't start. Family friend Aiden offers a simple solution, she can ride with him on the back of his motorcycle. He promises to drive slowly, but it's not a fear of crashing that's stopping Cece from getting on the back of Aiden's bike. She's worried about what will happen when the engine is thrumming between her legs and she is pressed up against the big hard body of her secret crush.

Claiming Her Curves (Irresistible Curves, #2)
What’s a guy to do when the one woman he can’t stop thinking about doesn’t believe he’s got real feelings for her? Get downright stubborn and sweep her off her feet, that’s what.

Pippa: The idea that my richest and most gorgeous client just proposed to me feels like a crazy joke, or a pitch for some weird reality show. But the thing is, my situation is dire enough that taking Blake up on his offer is a given. I’ll have to keep my wits about me though. Otherwise, the man who’s willing to go through all this to rescue me (because that’s just the kind of guy he is) will be the man I’ll end up falling for harder than I already have.

Blake: So, that just happened. I just proposed and saved Pippa's business in one fell swoop. Of course I did. I’ve been protective of her from the very start of our friendship. And now that she’s wearing my ring, protective doesn’t even begin to cover the way I feel. That I stepped up to help her out of the mess she’s in was always a given. But the fact that I had to take such drastic measures to begin with? That’ll all make sense soon enough.

All I have to do first is convince the most stubborn woman alive that I really am in love with her.

Tempted Beyond Return (Far Too Tempting, #3)
College senior Lillian "Lilliput" Richards really should move on from her side job of babysitting Stevie, the 10-year-old son of the exceedingly delicious Major Logan Jones. She's got a big girl's job to go with her big girl curves and has spent the summer racing between a downtown office building and the major's home.

Leaving Stevie isn't an option. She is very fond of her junior sidekick and, more importantly, the boy is missing his mom after the woman went AWOL to discover herself eight months ago. Oh, and there's another reason for staying -- Lily has been working a huge crush on the major for years. One-sided, of course. Not only is the major newly divorced and treats Lily like she's part of the family, but the man is hot enough to melt glaciers. There's not a thing a man like Logan could want with his plump, young and seemingly sedate babysitter.

At least that's what Lily thinks until a sexting skirmish with her best friend goes awry and brings the major rushing home. With all her dirty little fantasies about Logan and pictures of her lush body in the phone he's now holding, is Logan there to fuck or fire her?

Ginny: I swear, the man has got some kind of professional billionaire player handbook he's operating out of. Not to mention a truckload of tenacious swooniness going for him. But I've got my reasons for keeping my guard up. He's good. Too good. And if I don’t watch myself, I'm going to end up tripping and falling right on his...

Hawk: I swear, the woman doesn't just have her defenses up, she's got a fully armed artillery pointed straight at my balls. She's sweet though, underneath all the cactus-like prickliness. Smart, too. Convincing her to come work for me was step one. And step two? Hell, let me just focus on surviving step one with all my favorite body parts intact first...

This collection of steamy & sweet standalones contains hot alpha billionaires just wanting to give their sweet curvy girls the HEAs they deserve.

Previously published as Texas Curves (c) 2012 with revisions throughout, newly added content, and an extended ending.
05

Wolf Curves (Wolf Clan, #1)
Leah Howard doesn’t believe in werewolves, even if she dreams of shifting. Pack alpha Seth Gladwin can’t understand why a human female is ringing all his mating bells.

When Seth chases Leah down in her apartment building and partially shifts in front of her, he wants nothing more than a forgetting spell placed on the plus-size beauty so he can continue investigating a secret society of Hunters intent on making the local werewolf clan extinct.

Only this time, the society’s prey isn’t shifters -- it’s Leah.

Curves for Two
Thick as thieves since childhood, Chase and Roman have been to hell and back together. Returning from their second tour in Afghanistan, they intend to settle down. There's only one small problem -- they have to convince plus-size beauty Grace Michaels to share their future. First, they need to get her into bed.

Unraveled: Corwin & Belle's story (Until You, #1)
Once upon a time, the ocean fascinated me with its unending beauty and otherworldly creatures. Now, its mere image terrifies me. Maybe that's not a big deal for most people, but I spent the last four years studying to become a marine biologist.

That's not the worst of it. Corwin Hale, the big, bad Navy SEAL I've known forever, finds out about my sudden phobia and insists on fixing me. That's not the solution I need. All Corwin can do is lead me into the deepest waters of my life and break my heart.

Billionaire's Pet
Former Olympic hopeful Katelyn Willow put aside her dreams of gold more than eight years ago. Now she's an unemployed charity analyst running three hours late for a job interview with the CEO of Griffin Holdings after being mugged. Bound and determined to have the interview anyway, she waits outside the private entrance to his Chicago offices.

Griffin Montgomery doesn't know what to make of the disheveled and slightly bruised woman waiting for him in the alley. The gentleman inside him wants to tuck her into his limo and safely escort her to her apartment, with the promise of an interview once another position opens up.

The man inside him just wants to take her in every position imaginable.
09

Tempted Beyond Reason (Far Too Tempting, #1)
She’s gentle, innocent, and sweet—everything I’m not.

There’s a reason I was hired to protect her by one of the few former military buddies I consider a friend. Because I’m the man people call to get the job done, even if the job is guarding the lushest, sexiest body I’ve ever laid eyes on.

I’ve somehow been able to keep my hands off her these past months as her bodyguard, but that’s before I learn why she’s avoiding the biggest decision of her life. The surgery could either restore her sight or take away what little she can see forever; and I’m the reason she’s been holding off.

She says she wants one night with me—her first time, no less—while she still has a fraction of her vision left. Hell, I don’t know what the right thing to do here is. But what I do know is that protecting her isn’t just a job for me anymore.

And one night? That’s damn sure not going to cut it.

Previously published as Waking Up Her Curves (c) 2015, revised throughout with newly added content and an extended ending.

Note: This is a steamy & sweet standalone with character cameos from the even steamier standalone, Tempted By Trouble, formerly titled Black & Gold, which has similarly been republished with revisions and new content.