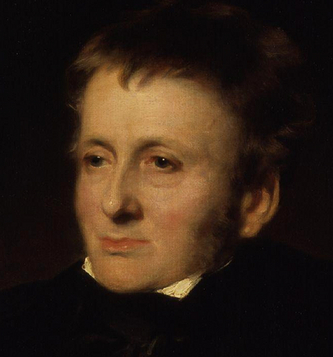 Thomas de Quincey was an English author and intellectual, best known for his Confessions of an English Opium-Eater (1821).
See also http://en.wikipedia.org/wiki/Thomas_d...

Thomas de Quincey is the author of books: Confessions of an English Opium Eater, On Murder Considered as One of the Fine Arts, Suspira de Profundis, Being a Sequel to the Confessions of an English Opium-eater (Works, Vol 16), Gli ultimi giorni di Immanuel Kant, Recollections of the Lakes and the Lake Poets, The Avenger, Last days of Immanuel Kant and other writings, Les Paradis Artificiels, Opium Et Haschisch, On Murder, Considered as One of the Fine Arts/The English Mail-coach/The Last Days of Immanuel Kant/Recollections (De Quincey, Vol 2), The English Mail Coach And Joan Of Arc

Confessions of an English Opium Eater
Confessions is a remarkable account of the pleasures and pains of worshipping at the 'Church of Opium'. Thomas De Quincey consumed daily large quantities of laudanum (at the time a legal painkiller), and this autobiography of addiction hauntingly describes his surreal visions and hallucinatory nocturnal wanderings through London, along with the nightmares, despair and paranoia to which he became prey. The result is a work in which the effects of drugs and the nature of dreams, memory and imagination are seamlessly interwoven, describing in intimate detail the mind-altering pleasures and pains unique to opium. Confessions of an English Opium-Eater forged a link between artistic self-expression and addiction, paving the way for later generations of literary addicts from Baudelaire to James Frey, and anticipating psychoanalysis with its insights into the subconscious.

This edition is based on the original serial version of 1821, and reproduces two 'sequels', 'Suspiria de Profundis' (1845) and 'The English Mail-Coach' (1849). It also includes a critical introduction discussing the romantic figure of the addict and the tradition of confessional literature, and an appendix on opium in the nineteenth century.

Thomas De Quincey (1785-1859) studied at Oxford, failing to take his degree but discovering opium. He later met Coleridge, Southey and the Wordsworths. From 1828 until his death he lived in Edinburgh and made his living from journalism.

If you enjoyed Confessions of an English Opium-Eater, you might like William S. Burroughs' Junky, available in Penguin Modern Classics.

On Murder Considered as One of the Fine Arts
'People begin to see that something more goes to the composition of a fine murder than two blockheads to kill and be killed - a knife - a purse - and a dark lane...'

In this provocative and blackly funny essay, Thomas de Quincey considers murder in a purely aesthetic light and explains how practically every philosopher over the past two hundred years has been murdered - 'insomuch, that if a man calls himself a philosopher, and never had his life attempted, rest assured there is nothing in him'.

Introducing Little Black Classics: 80 books for Penguin's 80th birthday. Little Black Classics celebrate the huge range and diversity of Penguin Classics, with books from around the world and across many centuries. They take us from a balloon ride over Victorian London to a garden of blossom in Japan, from Tierra del Fuego to 16th-century California and the Russian steppe. Here are stories lyrical and savage; poems epic and intimate; essays satirical and inspirational; and ideas that have shaped the lives of millions.

Thomas de Quincey's Confessions and an English Opium-Eater and Other Writings is available in Penguin Classics.
03

Suspira de Profundis, Being a Sequel to the Confessions of an English Opium-eater (Works, Vol 16)
Purchase of this book includes free trial access to www.million-books.com where you can read more than a million books for free. This is an OCR edition with typos. Excerpt from book: which is a tissue of dreams and allegories relating to the cardinal events of the world and to the mysteries of scripture, as well as of external nature from its creation to its impending destruction, contains a great deal of mysticism and prophecy about the rose and the cross. But the whole has a religious meaning; and the fundits of his ideas and his imagery is manifestly the Apocalypse of St. John. Nor is there any passage or phrase in his work upon which an argument can be built for connecting him with the Eosicrucians which would not equally apply to Philo the Alexandrian, to John Picus of Mirandula, to Eeuchlin, to George of Venice, to Francis Patrick, and to all other Cabbalists, Theo- sophists, Magicians, and Alchemists. Of the alleged connexion between the Templars and the Eosicrucians, or more properly with the Free-masons, ?which connection, if established, would undoubtedly assign a much earlier date to the origin of both orders, ?I shall have occasion to speak in another part of my inquiry. CHAPTER III. OP THE CIRCUMSTANCES WHICH GAVE THE FIRST OCCASION TO THE RISE OF THE ROSICRUCIAN ORDER, AND OF THE EARLIEST AUTHENTIC RECORDS OF HISTORY WHICH RELATE TO IT. Towards the end of the sixteenth century, ?Cabbalism, Theosophy, and Alchemy, had overspread the whole of of which St. John says in the Revelations?I saw on the right of him who sat upon the throne a book written within and without, and guarded with seven seals, etc. Western Europe and especially of Germany. To this mania, which infected all classes?high and low, learned and unlearned?no writer had contributed so much as Theophrastus Paracelsus. How general was the diffusion, and how great the influence of the writings of this extraordinary man (for such amidst all his follies, he must ever be a..
04

Recollections of the Lakes and the Lake Poets
06

The Avenger
The Avenger, a disturbing exploration of violence, vigilantism, and religious persecution is a story of murders by John Williams, who in 1811 brutally killed seven people in London's East End. It contains De Quincey's best-known piece of literary criticism and reveals his knowledge in contemporary crime. They are a key contribution to the satiric tradition in English Literature. Worth reading
07

Les Paradis Artificiels, Opium Et Haschisch
This is a reproduction of a book published before 1923. This book may have occasional imperfections such as missing or blurred pages, poor pictures, errant marks, etc. that were either part of the original artifact, or were introduced by the scanning process. We believe this work is culturally important, and despite the imperfections, have elected to bring it back into print as part of our continuing commitment to the preservation of printed works worldwide. We appreciate your understanding of the imperfections in the preservation process, and hope you enjoy this valuable book.
09

On Murder, Considered as One of the Fine Arts/The English Mail-coach/The Last Days of Immanuel Kant/Recollections (De Quincey, Vol 2)
This historic book may have numerous typos and missing text. Purchasers can download a free scanned copy of the original book (without typos) from the publisher. Not indexed. Not illustrated. 1889. Excerpt: ... RECOLLECTIONS OF CHARLES LAMB. AMONGST the earliest literary acquaintances I made was that with the inimitable Charles Lamb: inimitable, I say, but that word is too limited in its meaning; for, as is said of Milton in that well-known life of him attached to all common editions of the "Paradise Lost" (Fenton's, I think), "in both senses he was above imitation." Yes; it was as impossible to the moral nature of Charles Lamb that he should imitate another, as, in an intellectual sense, it was impossible that any other should successfully imitate him. To write with patience even, not to say genially, for Charles Lamb it was a very necessity of his constitution that he should write from his own wayward nature; and that nature was so peculiar, that no other man, the ablest at mimicry, could counterfeit its voice. But let me not anticipate; for these were opinions about Lamb which I had not when I first knew him, nor could have Lad by any reasonable title. "Elia," be it observed, the exquisite "Elia," was then unborn; Lamb had as yet published nothing to the world which proclaimed him in his proper character of a most original man of genius;i at best, i "Man of genius"--"man of talent." I have, in a former number of this journal, laid down what I conceive to be the true ground of distinction between genius and talent; which lies mainly in this--that genius is intellectual power impregnated with the moral nature, and expresses a synthesis of the active in man with his original organic capacity of pleasure and pain. Hence the very word genius, because the genial nature in its whole organization is expressed and involved in it Hence, also, arises the reason that genius is always peculiar and individual; one man's genius nexer exactfy repeats another man's. But talen...
10

The English Mail Coach And Joan Of Arc
This scarce antiquarian book is a facsimile reprint of the original. Due to its age, it may contain imperfections such as marks, notations, marginalia and flawed pages. Because we believe this work is culturally important, we have made it available as part of our commitment for protecting, preserving, and promoting the world's literature in affordable, high quality, modern editions that are true to the original work.