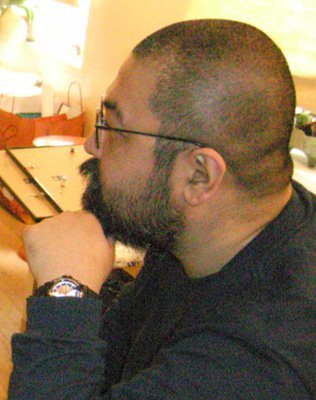 All his works contain "virile males, or youths, and their apprenticeship of physical and mental submission". Works of his include: Jujitsu Kyoshi at B Product; Emono, Shirogane no Hana (3 vol.) and Pride (3 vol.) at G-Project.

His manga Gunji (軍次) was translated into French in 2005, followed by Arena in 2006 and Goku in 2009. An artbook of his works has also been published in France by H&O Editions. An exhibition of his works was held in France in May 2009. Tagame is openly gay.

Tagame has been called the most influential creator of gay manga in Japan to date, and "the most talented and most famous author of sado-masochistic gay manga". Most of his work first appeared in gay magazines and usually feature sexual abuse. Tagame's depiction of men as muscular and hairy has been cited as a catalyst for a shift in fashion amongst gay men in 1995, away from the clean-shaven and slender bishōnen stereotypes and towards a tendency for masculinity and chubbiness. Tagame's work has been criticised by notable gay manga writer Susumu Hirosegawa as "SM gekijō" (S&M theater) for its violence and lack of complex storylines.

(notes : everything else can be read on wikipedia)

My Brother's Husband, Volumes 1 & 2
Yaichi is a work-at-home suburban dad in contemporary Tokyo; formerly married to Natsuki, father to their young daughter, Kana. Their lives suddenly change with the arrival at their doorstep of a hulking, affable Canadian named Mike Flanagan, who declares himself the widower of Yaichi's estranged gay twin, Ryoji. Mike is on a quest to explore Ryoji's past, and the family reluctantly but dutifully takes him in. What follows is an unprecedented and heartbreaking look at the state of a largely still-closeted Japanese gay culture: how it's been affected by the West, and how the next generation can change the preconceptions about it and prejudices against it.

(Please note: This book is a traditional work of manga, and reads back to front and right to left.)
07

The Winter Fisherman Lodge
Gengoroh Tagame is one of the most famous manga artists in the world. He is already mentioned in the same breath as Tom of Finland. Art magazine 032c wrote: "Tom of Finland's work looks like something out of Disney beside his illustrations." Fans all over the world worship the masculine eroticism of his elaborate drawings. Following Endless Game and Gunji, Bruno Gmuender publishes his third volume in English in the Gay Manga series. Gay Manga series: Fisherman's Lodge, together with the short stories Confession and End Line.
08