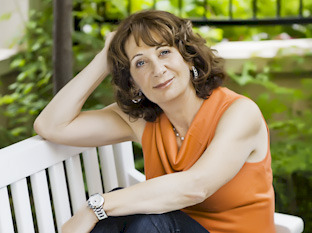 Born in Toronto, Ontario, she graduated from the University of Toronto in 1966, with a Bachelor of Arts in English Literature. As Joy Tepperman, she had a brief acting career, appearing in the film Winter Kept Us Warm (1965) and in an episode of Gunsmoke. She later changed her last name to Fielding (after Henry Fielding) and began writing novels.
Fielding is also the screenwriter of the television film Golden Will: The Silken Laumann Story.

At the age of 8, Joy Tepperman wrote her first story and sent it into a local magazine, and at age 12 sent in her first TV script, however both were rejected. She had a brief acting career, eventually giving it up to write full-time in 1972. She has published to date 22 novels, two of which were converted into film. Fielding's process of having an idea to the point the novel is finished generally takes a year, the writing itself taking four to eight months. Joy Fielding sets most of her novels in American cities such as Boston and Chicago. She has said that she prefers to set her novels in "big American cities, [as the] landscape seems best for [her] themes of urban alienation and loss of identity. Fielding is a Canadian citizen. Her husband's name is Warren, and they have two daughters, Annie and Shannon. They have property in Toronto, Ontario, as well as Palm Beach, Florida.

Fielding had an interview with the Vancouver Sun in 2007, just after her publication of Heartstopper. She enjoys catching readers off guard with the endings of her stories, but insists that "[it] isn't what her fiction is about", but rather more about the development of her characters. Discussing her novels with the Toronto Star in 2008, she said "I might not write fiction in the literary sense. But I write very well. My characters are good. My dialog is good. And my stories are really involving. I'm writing exactly the kind of books I like to write. And they're the kind of books I like to read. They're popular commercial fiction. That's what they are."

Fielding has been noted as a novelist who is more popular in the United States and foreign countries, rather than in her native Canada. For example, the novel Kiss Mommy Goodbye was more popular in the States, and See Jane Run in Germany. In addition, she had an American agent and publisher, although she has now switched to a Canadian publisher.

Joy Fielding is the author of books: See Jane Run, She's Not There, Still Life, The Bad Daughter, Charley's Web, Someone Is Watching, Now You See Her, Mad River Road, Whispers and Lies, Heartstopper

See Jane Run
What do you do when you don't know who you are...

Jane has lost her memory.

Jane is found walking the streets wearing a blood-stained dress with $10,000 in the pocket.

Unable to get answers from her husband, Jane is forced to seek the truth about her accident on her own. But the truth doesn't always set you free . . .

When you can't trust yourself, who can you trust?
02

Still Life
Beautiful, happily married, and the owner of a successful interior design business, Casey Marshall couldn't be more content with her life, until a car slams into her at almost fifty miles an hour, breaking nearly every bone in her body and plunging her into a coma. Lying in her hospital bed, Casey realizes that although she is unable to see or communicate, she can hear everything. She quickly discovers that her friends aren't necessarily the people she thought them to be - and that her accident might not have been an accident at all. As she struggles to break free from her living death, she begins to wonder if what lies ahead could be even worse.
04

The Bad Daughter
What first appears to be a random home invasion reveals a family's dark secrets in this domestic ticking-clock suspense from the New York Times bestselling author of See Jane Run.

A hostile relationship with her sister and a complicated past with her father's second wife have kept Robin estranged from her family for many years. But when her father's new family is attacked in their house, with her father, his wife, and young daughter in critical condition in the hospital, she returns home to await their fate and hopefully mend fences. It looks like a random robbery gone awry, but as Robin spends more time with her family members, she learns they all had their secrets -- and one of those secrets may have put them all in horrible danger.
05

Charley's Web
"New York Times" bestselling and award-winning author Joy Fielding tells the story of an ambitious journalist whose foray into the mind of a killer puts her own family in jeopardy.Charley Webb is a beautiful single mother who writes a successful and controversial column for the Palm Beach Post. She's spent years building an emotional wall against scathing critics, snooty neighbors, and her disapproving family. But when she receives a letter from Jill Rohmer, a young woman serving time on death row for the murders of three small children, her boundaries slowly begin to fade. Jill wants Charley to write her biography so that she can share the many hidden truths about the case that failed to surface during her trial. Seeing this as a once-in-a-lifetime opportunity, Charley begins her jour-ney into the mind of this deeply troubled woman.

Her path takes a twisted turn, however, when the anonymous letters she's recently received from an angry reader evolve into threats, targeting her son and daughter. As Charley races against time to save her family, she begins to understand the value of her seemingly intru-sive neighbors, friends, and relatives. As she discovers, this network of flawed but loving people might just be her only hope of getting out alive.

Filled with complex characters and a plot rich with intrigue, "Charley's Web" is Joy Fielding at her heart-skipping, mesmerizing best.
06

As a special investigator for a hotshot Miami law firm, Bailey Carpenter is smart, savvy, and fearless. When she’s assigned to spy on a deadbeat dad in the middle of the night, Bailey thinks nothing of the potential dangers, only that she needs to gather evidence. Then she is blindsided—attacked and nearly killed.

Now the firm grip Bailey once had on her life is shaken. Her nightmares merge into her waking hours and she’s unable to venture beyond her front door without panicking. A veritable prisoner in her own home, Bailey is uncertain whom she can trust. But old habits die hard, and soon Bailey finds a new use for her idle binoculars: casually observing from her window neighboring buildings and other people’s lives. This seemingly harmless diversion becomes a guilty pleasure when Bailey fixates on the handsome guy across the street—until she realizes that he is also watching her. Suddenly she must confront the terrifying possibility that he may be the man who shattered her life.

Though crippled by fear, Bailey knows she can’t ignore her suspicions and risk leaving a predator at large. With the police making no headway in solving her case, she’s determined to overcome her terror and reclaim the power she lost by unmasking her attacker and taking him down herself. But it’s a harrowing battle that threatens to wreck Bailey’s credibility, compromise an investigation, and maybe even claim her sanity.
07

Now You See Her
From New York Times and Globe and Mail bestselling author Joy Fielding comes an edge-of-your-seat thriller that asks: how much do you really know about your own family?

When Marcy Taggart goes to Ireland after divorcing her husband of twenty-five years, a chance encounter catapults her entire life into turmoil. Years earlier, her daughter, Devon, disappeared in the icy waters of Georgian Bay after a canoeing accident, her body never recovered. But on a day trip to Cork, Marcy is certain she spots Devon walking down the street. When her daughter disappears into a crowd, Marcy begins a desperate search to find her -- and to uncover the disturbing truth that might, in the end, be her only salvation. Exhilarating and engaging, this is Joy Fielding at her best -- delivering a pulse-racing, tension-filled read.
08

Mad River Road
New York Times bestselling author
JOY FIELDING
puts suspense into high gear, taking readers on a seductively twisting thrill ride into the heart of danger and desire -- to a place where nothing is as it seems.

She found the perfect lover. . . . Jamie Kellogg's life is at a crossroads. Stuck in a dead-end job, the divorced twenty-nine-year-old has been ruled by the voices of her judgmental mother and her perfectionist sister long enough. Now she's hearing only the sexy whispers of the thrillingly handsome stranger in her bed, the man she met in a Florida bar. His name is Brad Fisher, and he's telling her everything she's been dying to hear: She's gorgeous. She's smart. She's adventurous. Quitting her job and joining Brad on a spontaneous road trip, Jamie's ready for the ride of her life. But this trip has one destination: a run-down Ohio house on Mad River Road, where vengeance will come home at last -- and where someone will pay for the secrets and lies of the past. . . .
09

Terry Painter enjoys her quiet life in tranquil Delray, Florida, where the single, forty-year-old nurse lives alone in the house she inherited from her mother. When young, vibrant Alison Simms rents the cottage on her property, the two women strike up a fast friendship -- and Terry is swept into a fantastic new life: dinners out, shopping, makeovers, even flirting with the handsome son of one of her elderly patients. But nothing about her newfound companion is as it appears, as Terry discovers when Alison's closely guarded past comes to light. Now Terry is locked into a race to reclaim her own life -- before she opens the door any further to the stranger she thought she knew...

Heartstopper
From the "New York Times" and internationally bestselling author of "Mad River Road" comes a spine-tingling thriller about a picturesque Florida town -- and the killer determined to prey on its teenage girls.Welcome to Torrance, Florida. Population: 4,160. As Sheriff John Weber would attest, the deadliest predators to date in his tiny hamlet were the alligators lurking in the nearby swamps. But that was before someone abducted and murdered a runaway teenage girl...and before the disappearance of popular and pretty Liana Martin. The pattern is chilling to Sandy Crosbie, the town's new high school English teacher. With a marriage on the rocks, thanks to her husband's online affairs, and a beautiful teenage daughter to protect, Sandy wishes she'd never come to the seemingly quiet town with shocking depths of scandal, sex, and brutality roiling beneath its surface. And as Sheriff Weber digs up more questions than answers in a dead-end investigation, one truth emerges: the prettiest ones are being targeted, the heartstoppers. And this killer intends to give them their due....

Alternating between the chilling journal entries of a cold-blooded murderer and the sizzling scandals of small-town life, "Heartstopper" is Joy Fielding's most exciting novel of suspense yet.