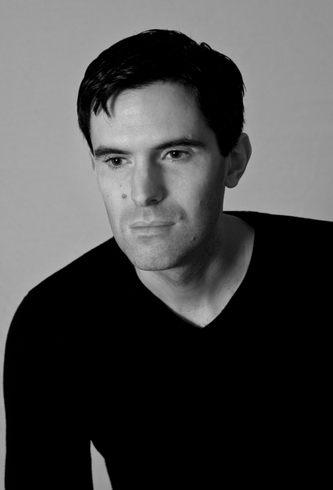 Ben Cheetham is an award-winning writer and Pushcart Prize nominee. His writing spans the genres, from horror and sci-fi to literary fiction, but he has a passion for dark, gritty crime fiction. His short stories have been published in Swill Magazine, The Fiction Desk, Deadcore (Comet Press), The London Magazine, The Willisden Herald New Short Stories 3, The Grist Anthology of New Writing, Dream Catcher, Staple, Fast Forward: A Collection of Flash Fiction, Voice From The Planet (Harvard Square Editions), The Momaya Annual Review, Transmission, The Chaffey Review, and numerous other magazines.

Ben lives in Sheffield, UK, where - when he's not chasing around after his two-year old son - he spends most of his time locked away in his study racking his brain for the next paragraph, the next sentence, the next word.

Some secrets are better left undiscovered.

When a nine-year-old girl goes missing in Harwood Forest, the search for her brings back memories of an unsolved double murder some forty years earlier. Could the key to Erin Jackson’s disappearance lie in the bloody fate of Elijah and Joanna Ingham, bludgeoned to death while their young daughters slept? Were the Inghams really the victims of opportunistic burglars—or a more sinister fate?

The woods are combed for signs of the child, but Erin’s brother, Jake, mounts his own investigation, uncovering evidence that puts the Inghams’ daughters—vanished Rachel and ‘crazy’ Mary—in the frame. Meanwhile, Erin’s father suspects that the ragtag army of eco-warriors besieging his quarry development may have something to hide.

As devastating secrets and betrayals are revealed, the Jackson family is brought to a breaking point. But time is running out. Erin is still missing and Jake’s unorthodox enquiries have left him dangerously exposed. They must find Erin and lay the past to rest—before they become its latest victims.

Who Is She? (Jack Anderson #2)
A tiny spark flickered in her pupils. Her lips moved but no audible words came out. With one finger, she made a slight beckoning motion. Jack bent closer and she breathed woozily into his ear, “Who… am… I?”

After the death of his wife, Jack is starting to get his life back on track. But things are about to get complicated.

A woman lies in a hospital bed, clinging to life after being shot in the head. She claims to remember nothing, not even her own name. Who is she? That is the question Jack must answer. All he has to go on is a mysterious facial tattoo.

Damaged kindred spirits, Jack and the nameless woman quickly form a bond. But he can’t afford to fall for someone who might put his family at risk. People are dying. Their deaths appear to be connected to the woman. What if she isn’t really the victim? What if she’s just as bad as the ‘Unspeakable Monsters’ who put her in hospital?
04

Jack has it all – a beautiful wife and daughter, a home, a career. Then his wife, Rebecca, plunges to her death from the Sussex coast cliffs. Was it an accident or did she jump? He moves to Manchester with his daughter, Naomi, to start afresh, but things don’t go as planned. He didn’t think life could get any worse...

Jack sees a woman in a window who is the image of Rebecca. Attraction turns into obsession as he returns to the window night after night. But he isn’t the only one watching her...

Jack is about to be drawn into a deadly game. The woman lies dead. The latest victim in a series of savage murders. Someone is going to go down for the crimes. If Jack doesn’t find out who the killer is, that 'someone’ may well be him.
05

Blood Guilt (Steel City #1)
Can you ever atone for killing someone?

Four years ago, Detective Inspector Harlan Miler killed a man in a drunken fight. Now - divorced, alone, consumed by guilt - the world outside his prison walls holds little for him. Until, mere days after his release, an eight-year-old boy is abducted. Ethan Reed. The son of the man he killed.

Frustrated by a police search that finds nothing, driven to desperation by repeated appeals that bring in no new leads, Ethan's mother knocks on the door of the man she hates most in the world. She has one thing to ask - beg - of Harlan Miller. Do whatever it takes to find her little boy.

Lost Angel
What price would you pay for revenge?
1997. Fifteen-year-old Grace Kirby kisses her mum and heads off to school. It’s a day like any other, except that Grace will never return home.

Fifteen years have passed since Grace went missing. In that time, Stephen Baxley has made millions and now he’s lost millions. Suicide seems like the only option, but Stephen has no intention of leaving behind his wife, son and daughter. He wants them all to be together forever, in this world or the next.

Angel is on the brink of suicide too. Then she hears a name on the news that transports her back to a windowless basement. Something terrible happened in that basement. Something Angel has been running from most of her life. But the time for running is over. Now is the time to start fighting back.

At the scene of a fatal shooting, Detective Jim Monahan finds evidence of a sickening crime linked to Grace Kirby. Then more people start turning up dead. Who is the killer? Are the victims also linked to Grace? Who will be next to die? The answers will test to breaking-point Jim’s faith in the law he’s spent his life upholding.

Mr Moonlight: A spine-tingling mystery to while away the dark hours
08

On a summer’s day in 1998, a savage crime at an isolated Lakeland beauty spot leaves three dead. The case has gone unsolved ever since. The only witness is an amnesiac with a bullet lodged in her brain.

The bullet is a ticking time bomb that could kill Butterfly at any moment. Jack is afraid for her. But should he be afraid of her? She’s been suffering from violent mood swings. Sometimes she acts like a completely different person.

Butterfly is obsessed with the case. But how can she hope to succeed where the police have failed? The answer might be locked within the darkest recesses of her damaged mind. Or maybe the driver of the car that’s been following her holds the key to the mystery.

Either way, the truth may well cost Butterfly her new family, her sanity and her life.
09

Angel of Death (Steel City #2)
Would you break the law to see justice done?
A former prostitute turns to murder in order to take revenge on the men who abused her.

Sheffield: a bankrupt businessman has murdered his family. It seems like an open-and-shut case: a desperate man resorting to desperate measures.

Middlesbrough: a woman named Angel is heading south. She is a woman alone. A prostitute. Now a murderer. And she has only one thing on her mind: revenge.

Two crimes, a hundred miles apart, but a terrible secret connects them. And although the courts may not agree, DI Jim Monahan has all the proof he needs to bring down justice on a group of particularly vicious criminals...
10

Sheffield United supporters remember it as the day their team won a famous victory against Manchester United. The date is lodged in Anna Young's brain for a different reason. That was the day her thirteen-year-old sister, Jessica, was abducted...

Fast forward twenty years.
The case has long since gone cold. But Anna won't let it die. She made a promise to look after her little sister. And it's a promise she intends to keep no matter how long it takes...

A detective with one thing on his mind.
Jim Monahan is equally determined to bring down a sadistic sex-ring. But everywhere he turns he finds himself entangled in a web of political power and silence. Then comes a bizarre twenty-year-old clue that might just blow the whole thing apart...