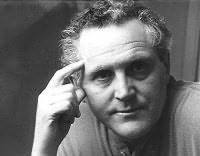 Michael Dibdin was born in 1947. He went to school in Northern Ireland, and later to Sussex University and the University of Alberta in Canada. He lived in Seattle. After completing his first novel, The Last Sherlock Holmes Story, in 1978, he spent four years in Italy teaching English at the University of Perugia. His second novel, A Rich Full Death, was published in 1986. It was followed by Ratking in 1988, which won the Gold Dagger Award for the Best Crime Novel of the year and introduced us to his Italian detective - Inspector Aurelio Zen.

Dibdin was married three times, most recently to the novelist K. K. Beck. His death in 2007 followed a short illness.

Ratking (Aurelio Zen, #1)
In this masterpiece of psychological suspense, Italian Police Commissioner Aurelio Zen is dispatched to investigate the kidnapping of Ruggiero Miletti, a powerful Perugian industrialist. But nobody much wants Zen to succeed: not the local authorities, who view him as an interloper, and certainly not Miletti's children, who seem content to let the head of the family languish in the hands of his abductors -- if he's still alive.

Was Miletti truly the victim of professionals?  Or might his kidnapper be someone closer to home: his preening son Daniele, with his million-lire wardrobe and his profitable drug business?  His daughter, Cinzia, whose vapid beauty conceals a devastating secret? The perverse Silvio, or the eldest son Pietro, the unscrupulous fixer who manipulates the plots of others for his own ends? As Zen tries to unravel this rat's nest of family intrigue and official complicity, Michael Dibdin gives us one of his most accomplished thrillers, a chilling masterpiece of police procedure and psychological suspense.
03

Vendetta (Aurelio Zen, #2)
In Italian police inspector Aurelio Zen, Michael Dibdin has given the mystery one of its most complex and compelling protagonists: a man wearily trying to enforce the law in a society where the law is constantly being bent. In this, the first novel he appears in, Zen himself has been assigned to do some law bending. Officials in a high government ministry want him to finger someone--anyone--for the murder of an eccentric billionaire, whose corrupt dealings enriched some of the most exalted figures in Italian politics.
04

Dead Lagoon (Aurelio Zen, #4)
Among the emerging generation of crime writers, none is as stylish and intelligent as Michael Dibdin, who, in Dead Lagoon, gives us a deliciously creepy new novel featuring the urbane and skeptical Aurelio Zen, a detective whose unenviable task it is to combat crime in a country where today's superiors may be tomorrow's defendants.Zen returns to his native Venice. He is searching for the ghostly tormentors of a half-demented contessa and a vanished American millionaire whose family is paying Zen under the table to determine his whereabouts-dead or alive. But he keeps stumbling over corpses that are distressingly concrete: from the crooked cop found drowned in one of the city's noisome "black wells" to a brand-new skeleton that surfaces on the Isle of the Dead. The result is a mystery rich in character and deduction, and intensely informed about the history, politics, and manners of its Venetian setting.
05

Cabal (Aurelio Zen, #3)
Inspector Aurelio Zen is back and facing the biggest mystery of his professional career. Drawn into the plots of the Vatican city, he becomes certain of one thing - that in life the only certainty is death. Previous Zen books include Ratking.
06

Michael Dibdin's overburdened Italian police inspector has been transferred to Naples, where the rule of law is so lax that a police station may double as a brothel. But this time, having alienated superiors with his impolitic zealousness in every previous posting, Zen is determined not to make waves.

Too bad an American sailor (who may be neither American nor a sailor) knifes one of his opposite numbers in Naples's harbor, and some local garbage collectors have taken to moonlighting in homicide. And when Zen becomes embroiled in a romantic intrigue involving love-sick gangsters and prostitutes who pass themselves off as Albanian refugees, all Naples comes to resemble the set of the Mozart opera of the same title. Bawdy, suspenseful, and splendidly farcical, the result is an irresistible offering from a maestro of mystery.
07

A Long Finish (Aurelio Zen, #6)
After his adventures in Cosi Fan Tutti, Aurelio Zen finds himself back in Rome, sneezing in a damp wine cellar and being given another unorthodox assignment - to release the jailed scion of an important wine-growing family.
08

Blood Rain (Aurelio Zen, #7)
The discovery of an unidentified, decomposed corpse in a railway wagon marks the beginning of Zen's most difficult and dangerous case. Set against the backdrop of the 3000-year-old city of Catalina, in the shadow of Mount Etna, Blood Rain finds Aurelio Zen at his most desperate and driven.
09

Medusa (Aurelio Zen, #9)
348 393 9028: MEDUSA. After the heated pool, the air was distinctly cool, even down here in the sheltered terraces above lake Lugano. He keyed in the number, then turned to face the hillside behind the villa. The land rose precipitously, the contours marked by the looping line of Via Totone and its accompanying homes and gardens. There was no one in sight.

When a group of Austrian cavers in the Italian Alps come across human remains at the bottom of a deep shaft, everyone assumes the death was accidental - until the still unidentified body is stolen from the morgue and the Defence Ministry puts a news blackout on the case. The whole affair has the whiff of political intrigue.

The search for the truth leads Zen back into the murky history of post-war Italy and obscure corners of modern-day society to uncover the truth about a crime that everyone thought was as dead and buried as the victim.

If you enjoyed the Inspector Zen Mystery series you may also like The Last Sherlock Holmes Story , another crime novel by Michael Dibdin.
10

And Then You Die (Aurelio Zen, #8)
Aurelio Zen was dead to the world. Under the next umbrella, a few desirable metres closer to the sea, Massimo Rutelli was just dead.

Inspector Zen is back, but nobody's supposed to know it. After months in hospital recovering from a bomb attack on his car, he is lying low under a false name at a beach resort on the Tuscan coast, waiting to testify in an imminent anti-Mafia trial. But when an alarming number of people are dropping dead around him, it seems just a matter of time before the Mafia manages to finish the job it bungled months before on a lonely Sicilian road. The pleasant monotony of resort life is cut short as Zen finds himself transported to a remote and strange world far from home...and wherever he goes, trouble follows.

If you enjoyed the Inspector Zen Mystery series you may also like The Last Sherlock Holmes Story , another crime novel by Michael Dibdin.