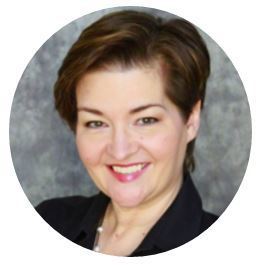 LARA ADRIAN is a New York Times and #1 internationally best-selling author with nearly 4 million books in print and digital worldwide and translations licensed to more than 20 countries. Her books have been named among Amazon’s Top Ten Romances of the Year, and have also been nominated by readers multiple times as finalists for the Goodreads Choice Award for Best Romance of the Year. Reviewers have called Lara’s books “addictively readable” (Chicago Tribune), “extraordinary” (Fresh Fiction), “strikingly original” (Booklist), and “one of the best vampire series on the market” (Romantic Times).

Writing as TINA ST. JOHN, her historical romances have won numerous awards including the National Readers Choice; Romantic Times Magazine Reviewer’s Choice; Booksellers Best; and many others. She was twice named a Finalist in Romance Writers of America’s RITA Awards, for Best Historical Romance (White Lion’s Lady) and Best Paranormal Romance (Heart of the Hunter). More recently, the German translation of Heart of the Hunter debuted on Der Spiegel bestseller list.

With an ancestry stretching back to the Mayflower and the court of King Henry VIII, the author lives with her husband in New England, where she is working on her next novel. Visit Lara’s website and sign up for new release announcements at http://bit.ly/LaraAdrianNews

Kiss of Midnight (Midnight Breed, #1)
He watches her from across the crowded dance club, a sensual black-haired stranger who stirs Gabrielle Maxwell’s deepest fantasies. But nothing about this night—or this man—is what it seems. For when Gabrielle witnesses a murder outside the club, reality shifts into something dark and deadly. In that shattering instant she is thrust into a realm she never knew existed—a realm where vampires stalk the shadows and a blood war is set to ignite.

Lucan Thorne despises the violence carried out by his lawless brethren. A vampire himself, Lucan is a Breed warrior, sworn to protect his kind—and the unwitting humans existing alongside them—from the mounting threat of the Rogues. Lucan cannot risk binding himself to a mortal woman, but when Gabrielle is targeted by his enemies, he has no choice but to bring her into the dark underworld he commands.

Here, in the arms of the Breed’s formidable leader, Gabrielle will confront an extraordinary destiny of danger, seduction, and the darkest pleasures of all. . . .
02

Midnight Awakening (Midnight Breed, #3)
With a dagger in her hand and vengeance on her mind, Darkhaven beauty Elise Chase prowls Boston’s streets in search of retribution against the Rogue vampires who took from her everything she cherished. Using an extraordinary psychic gift, she tracks her prey, well aware that the power she possesses is destroying her. She must learn to harness this gift, and for that she can turn to only one man—the deadliest of the Breed warriors, Tegan.

No stranger to loss, Tegan knows Elise’s pain. He knows fury, but when he slays his enemies it is with ice in his veins. He is perfect in his self-control, until Elise seeks his aid in her personal war. An unholy alliance is forged—a bond that will link them by blood and vow—and plunge them into a tempest of danger, desire, and the darkest passions of the heart. . . .
03

Kiss of Crimson (Midnight Breed, #2)
He comes to her more dead than alive, a towering black-clad stranger riddled with bullets and rapidly losing blood. As she struggles to save him, veterinarian Tess Culver is unaware that the man calling himself Dante is no man at all but one of the Breed, vampire warriors engaged in a desperate battle.

In a single erotically charged moment, Tess is plunged into his world - a shifting, shadowed place where bands of Rogue vampires stalk the night, cutting a swath of terror. Haunted by visions of a dark future, Dante lives and fights like there is no tomorrow.

Tess is a complication he does not need - but now, with his brethren under attack, he must shield Tess from a growing threat that includes Dante himself. For with one reckless, irresistible kiss, she has become an inextricable part of his underworld realm...and his touch awakens her to hidden gifts, desires, and hungers she never knew she possessed. Bonded by blood, Dante and Tess must work together to thwart deadly enemies, even as they discover a passion that transcends the boundaries of life itself.
04

In a world of shadows and dark, cosuming hungers, desire is the deadliest weapon...

For journalist Dylan Alexander, it began with the discovery of a hidden tomb, thrusting her into the center of a gathering storm of violence and secrets. But nothing is as dangerous as the scarred, lethally seductive man who rises from the shadows to draw her into his world of dark desire and endless night.

Fueled by pain and rage over a shattering betrayal, the warrior Rio has pledged his life to the war against the Rogues. He will let nothing stand in his way--least of all a mortal woman with the power to expose the entire vampire race. For an ancient evil has been awakened, and a stunning darkness is on the rise. Suddenly Dylan is powerless to resist Rio's touch, even as she uncovers a shocking link to her own past. And now she must choose: Leave Rio's midnight realm, or risk it all for the man who has shown her true passion and the infinite pleasures of the heart. . . .
05

Veil of Midnight (Midnight Breed, #5)
Bound by blood, addicted to danger, they'll enter the darkest—and most erotic—place of all.

A warrior trained in bullets and blades, Renata cannot be bested by any man—vampire or mortal. But her most powerful weapon is her extraordinary psychic ability—a gift both rare and deadly. Now a stranger threatens her hard-won independence—a golden-haired vampire who lures her into a realm of darkness…and pleasure beyond imagining.

A combat-loving adrenaline junkie, Nikolai dispenses his own justice to enemies of the Breed—and his latest quarry is a ruthless assassin. One woman stands in his way: the seductive, cool-as-ice bodyguard, Renata. But Renata’s powers are put to the test when a loved one, a child, is threatened and she’s forced to turn to Niko for help. As the two join forces, as desire fans the flames of a deeper hunger, Renata’s life is under siege by a man who offers the exquisite pleasure of a blood bond—and a passion that could save or doom them both forever.…
06

Shades of Midnight (Midnight Breed, #7)
In a frozen wilderness steeped in darkness, the lines between good and evil, lover and enemy, are never black or white but drawn in Shades of Midnight.

Something inhuman is stalking the frigid Alaskan wilds, leaving unspeakable carnage in its wake. For bush pilot Alexandra Maguire, the killings stir memories of a horrific event she witnessed as a child and evoke in her the inexplicable sense of otherness she has long felt within herself but never fully understood . . . until a darkly seductive stranger with secrets of his own enters her world.

Sent from Boston on a mission to investigate the savage attacks and stop the slaughter, vampire warrior Kade has his own reasons for returning to the frigid, forbidding place of his birth. Haunted by a secret shame, Kade soon realizes the stunning truth of the threat he faces–a threat that will jeopardize the fragile bond he has formed with the courageous, determined young woman who arouses his deepest passions and most primal hungers. But in bringing Alex into his world of blood and darkness, Kade must confront both his own personal demons and the even greater evil that could destroy all he holds dear.
07

Taken by Midnight (Midnight Breed, #8)
AT THE CROSSROADS OF DEATH AND DESIRE, A WOMAN TASTES A PLEASURE NO MORTAL IS MEANT TO SURVIVE.

In the frozen Alaskan wilderness, former state trooper Jenna Darrow survives an unspeakable breach of body and soul. But with her narrow escape comes an even greater challenge. For strange changes are taking place within her, as she struggles to understand—and control—a new hunger. To do so, she will seek shelter in the Boston compound of the Order, an ancient race of vampire warriors whose very existence is shrouded in mystery. Perhaps the most mysterious of them all is Brock, a brooding, dark-eyed alpha male whose hands hold the power to comfort, heal . . . and arouse.

As she recovers under Brock’s care, Jenna finds herself drawn to the Order’s mission: to stop a ruthless enemy and its army of assassins from subjecting Earth to a reign of terror. Yet in spite of their resolve, a purely physical relationship without strings soon binds Brock and Jenna together with a desire fiercer than life and stronger than death itself—until a secret from Brock’s past and Jenna’s own mortality challenges their forbidden love to the ultimate trial by fire.
08

Ashes of Midnight (Midnight Breed, #6)
A woman driven by blood. A man thirsting for vengeance.
A place where darkness and desire meet...

As night falls, Claire Roth flees, driven from her home by a fiery threat that seems to come from hell itself. Then, from out of the flames and ash, a vampire warrior emerges. He is Andreas Reichen, her onetime lover, now a stranger consumed by vengeance. Caught in the cross fire, Claire cannot escape his savage fury—or the hunger that plunges her into his world of eternal darkness and unending pleasure.

Nothing will stop Andreas from destroying the vampire responsible for slaughtering his Breed brethren . . . even if he must use his former lover as a pawn in his deadly mission. Blood-bonded to his treacherous adversary, Claire can lead Andreas to the enemy he seeks, but it is a journey fraught with danger—and deep, unbidden desires. For Claire is the one woman Andreas should not crave, and the only one he’s ever loved. A dangerous seduction begins—one that blurs the lines between predator and prey, and stokes the flames of a white-hot passion that may consume all in its path. . . .
09

Deeper Than Midnight (Midnight Breed, #9)
DELIVERED FROM THE DARKNESS, A WOMAN FINDS HERSELF PLUNGED INTO A PASSION THAT IS DEEPER THAN MIDNIGHT.

At eighteen, Corinne Bishop was a beautiful, spirited young woman living a life of privilege as the adopted daughter of a wealthy family. Her world changed in an instant when she was stolen away and held prisoner by the malevolent vampire Dragos. After many years of captivity and torment, Corinne is rescued by the Order, a cadre of vampire warriors embroiled in a war against Dragos and his followers. Her innocence taken, Corinne has lost a piece of her heart as well—the one thing that gave her hope during her imprisonment, and the only thing that matters to her now that she is free.

Assigned to safeguard Corinne on her trip home is a formidable golden-eyed Breed male called Hunter. Once Dragos’s most deadly assassin, Hunter now works for the Order, and he’s hell-bent on making Dragos pay for his manifold sins. Bonded to Corinne by their mutual desire, Hunter will have to decide how far he’ll go to end Dragos’s reign of evil—even if carrying out his mission means shattering Corinne’s tender heart.
10

In the dark of night, a blood war escalates within the hidden world of the Breed. After existing in secret for many long centuries, maintaining a fragile peace with the humans who walk beside them unaware, a single act of retaliation has put the entire vampire nation at risk of discovery. It falls to the Order—a cadre of Breed warriors pledged to protect their own and humankind alike—to stop Dragos, the power-mad vampire at the center of the conflict, before his push for domination can explode into catastrophe.

At the center of the Order's quest is Sterling Chase, once a morally rigid enforcer of Breed law, now a warrior fallen from grace, whose biggest battle is the one he wages against his own savage nature. With addiction beckoning him toward eternal darkness, Chase's path to redemption has never seemed more out of reach—until he finds himself drawn to a beautiful young woman who may be something much more than she seems . . .