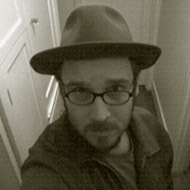 Ed Brubaker (born November 17, 1966) is an Eisner Award-winning American cartoonist and writer. He was born at the National Naval Medical Center, Bethesda, Maryland.

Brubaker is best known for his work as a comic book writer on such titles as Batman, Daredevil, Captain America, Iron Fist, Catwoman, Gotham Central and Uncanny X-Men. In more recent years, he has focused solely on creator-owned titles for Image Comics, such as Fatale, Criminal, Velvet and Kill or Be Killed.

In 2016, Brubaker ventured into television, joining the writing staff of the HBO series Westworld.

Captain America: Winter Soldier, Volume 1
Cap is awakened in the dead of the night by agents of S.H.I.E.L.D., who need the kind of help only he can provide. But the corpse he finds on the Helicarrier brings him face-to-face with the unthinkable, and opens doors to terror and manipulation he never dreamed possible!

X-Men: Messiah CompleX
The biggest event to hit the X-Men in ten years is here.

Just when it looked like there was no possibility of a future for mutants, hope arrives. But the X-Men aren't there to meet it - The Marauders and Purifiers beat them to it. Now the race is on to get the first new mutant since House of M...

In present day, a man meets a woman who he becomes instantly obsessed with, and in the 1950s, this same woman destroys the lives of all those who cross her path, on a quest for... what?

Criminal, Vol. 1: Coward
From Harvey Award-Winning Best Writer Ed Brubaker, and Scream Award-Winning Best Artist Sean Phillips comes the first collection of Criminal, one of the best reviewed comics of 2006. Coward is the story of Leo, a professional pickpocket who is also a legendary heist-planner and thief. But there's a catch with Leo, he won't work any job that he doesn't call all the shots on, he won't allow guns, and the minute things turn south, he's looking for any exit that won't land him in prison. But when he's lured into a risky heist, all his rules go out the window, and he ends up on the run from the cops and the bad men who double-crossed him. Now Leo must come face-to-face with the violence he's kept bottled up inside for 20 years, and nothing will ever be the same for him again. Collects Criminal #1-5.
06

Captain America: The Death of Captain America, Volume 1: The Death of the Dream
The death of Captain America Leaping from the final pages of Civil War, this is the biggest Cap story that Ed Brubaker and Steve Epting have yet to tell - guaranteed to stun readers and send shockwaves through the entire Marvel Universe for the next year As repercussions ripple outward, the Winter Soldier finally chooses a side, after the Civil War has ended - his own. But what are the Red Skull and his minions up to behind the scenes?

Captain America by Ed Brubaker Omnibus, Vol. 1
Collecting Eisner Award-nominated Best Writer Ed Brubaker's first 25 landmark issues of Captain America in one titanic tome, plus the Captain America 65th Anniversary Special and Winter Soldier: Winter Kills one-shots! This deluxe hardcover, fat-packed with extras, features the story that stunned readers worldwide and sent shockwaves through the entire Marvel Universe: the death of Captain America! Also including the return of Cap's wartime partner, Bucky Barnes, as the Winter Soldier; the death and life of his greatest enemy, the Red Skull; and the emergences of a new threat, General Aleksander Lukin, the head of one of the most powerful corporations in the world!

Living in the shadows of the Dark Knight makes the detectives of Gotham's police force determined to prove that have what it takes to enforce the law in a city rife with criminals... with or without Batman's help.

Meet Commissioner Akins and his Major Crimes Unit commander Maggie Sawter (fresh from Metropolis). Keeping the streets safe are detectives Renee Montoya, Crispis Allen and others newly introduced to readers. The race is on to stop Mister Freeze while solving a crime before the Caped Crusader intervenes.

Captain America: Winter Soldier, Volume 2
The questions plaguing Captain America's dreams and memories have been answered in the most brutal way possible. And in the wake of this brutality, General Lukin makes his first all-out assault - tearing open old wounds and threatening to make new scars that will never heal!

Civil War: Captain America
Captain America has fallen into a clash with his government and his friends, and the people close to him are paying the price. The life of Cap's girlfriend, Agent 13, is torn apart as her superiors use her divided loyalties against her. Elsewhere, a new villain emerges; the Red Skull begins to make himself known; and the Winter Soldier again comes face-to-face with Cap. But which side will he choose? Plus: James Buchanan Barnes, Captain America's one-time partner Bucky, faces his first Christmas of the 21st century - and the truth of the terrible things he was forced to do as the Winter Soldier. And with Cap caught in a conflict he can neither take a side of - or understand - what moves can he make to try to redeem himself?