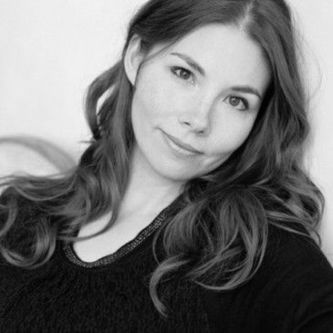 New York Times bestselling and award-winning writer Marjorie Liu is best known for her fiction and comic books. She teaches comic book writing at MIT, and she leads a class on Popular Fiction at the Voices of Our Nation (VONA) workshop.

Ms. Liu is a highly celebrated comic book writer. Her extensive work with Marvel includes the bestselling Dark Wolverine series, NYX: No Way Home, X-23, and Black Widow: The Name of the Rose. She received national media attention for Astonishing X-Men, which featured the gay wedding of X-Man Northstar and was subsequently nominated for a GLAAD Media Award for outstanding media images of the lesbian, gay, bisexual and transgender community. Ms. Liu also wrote the story for the animated film, Avengers Confidential: Black Widow and Punisher, which was produced by Marvel, Sony Pictures Entertainment (Japan) Inc., and Madhouse Inc.

Her newest work is MONSTRESS, an original, creator-owned comic book series with Japanese artist (and X-23 collaborator) Sana Takeda. Published by Image in Fall 2015, MONSTRESS is set in an alternate, matriarchal 1920’s Asia and follows a girl’s struggle to survive the trauma of war. With a cast of girls and monsters and set against a richly imagined aesthetic of art deco-inflected steam punk, MONSTRESS #1 debuted to critical praise. The Hollywood Reporter remarked that the longer than typical first issue was “world-building on a scale rare in mainstream comics.”

Ms. Liu is also the author of more than 19 novels, most notably the urban fantasy series, Hunter Kiss, and the paranormal romance series, Dirk & Steele. Her novels have also been bestsellers on USA Today, which described Liu “as imaginative as she is prolific.” Her critically praised fiction has twice received the Romantic Times Reviewers’ Choice Award, for THE MORTAL BONE (Hunter Kiss #6), and TIGER EYE (Dirk & Steele #1). TIGER EYE was the basis for a bestselling paranormal romance video game called Tiger Eye: Curse of the Riddle Box.

Liu has appeared on MSNBC, CNN, MTV, and been profiled in the Wall Street Journal.com, Hollywood Reporter, and USA Today. She is a frequent lecturer and guest speaker, appearing on panels at San Diego Comic Con, the Tokyo Literary Festival, the New York Times Public Lecture series, Geeks Out; and the Asian American Writers Workshop. Her work has been published internationally, including Germany, France, Japan, Poland, and the United Kingdom.

Ms. Liu was born in Philadelphia, and has lived in numerous cities in the Midwest and Beijing. Prior to writing full-time, she was a lawyer. She currently resides in Boston.

Monstress, Vol. 1: Awakening
Set in an alternate matriarchal 1900's Asia, in a richly imagined world of art deco-inflected steam punk, MONSTRESS tells the story of a teenage girl who is struggling to survive the trauma of war, and who shares a mysterious psychic link with a monster of tremendous power, a connection that will transform them both and make them the target of both human and otherworldly powers. Collects MONSTRESS #1-6
02

Monstress, Vol. 2: The Blood
Maika Halfwolf is on the run from a coalition of forces determined to control or destroy the powerful Monstrum that lives beneath her skin. But Maika still has a mission of her own: to discover the secrets of her late mother, Moriko.

In this second volume of Monstress, collecting issues 7-12, Maika's quest takes her to the pirate-controlled city of Thyria and across the sea to the mysterious Isle of Bones. It is a journey that will force Maika to reevaluate her past, present, and future, and contemplate whether there's anyone, or anything, she can truly trust--including her own body.
03

Monstress, Vol. 3: Haven
Maika Halfwolf has begun to unlock the mysteries of her past - but the challenges of the present are only growing. In this third volume of MONSTRESS, collecting issues 13-18, Maika's journey takes her to the neutral city of Pontus, where she hopes to find temporary refuge from her pursuers. Unfortunately, Pontus may not be as safe as Maika and her allies had hoped.

As the impending war between humans and Arcanics creeps ever closer, and powerful players fight for the chance to control her future, Maika finds she must work with Zinn, the Monstrum that lives inside her, in order to ensure their mutual survival. But even that alliance might not be enough to prepare Maika for the horrors to come.
04

Black Widow: The Name of the Rose
Natasha Romanoff is not a super hero. And yet as the Black Widow, she manages to hold her own against a world of incredibly powerful enemies and allies. But now someone has tried to kill Natasha and almost succeeded. Now she sets out to find her attacker with no suspects and no leads. Who could be deadly enough to get the drop on Natasha?

The Iron Hunt (Hunter Kiss, #1)
Silver smoke winds around my torso, peeling away from my ribs and back, stealing the dark mist covering my hands and lower extremities...tattoos dissolving into demon flesh, coalescing into small dark bodies. My boys. The only friends I have in this world. Demons.

By day, her tattoos are her armor. By night, they unwind from her body to take on forms of their own--demons of the flesh, turned into flesh. This is the only family demon hunter Maxine Kiss has ever known. It's the only way to live, and the very way she'll die. For one day her demons will abandon her for her daughter to assure their own survival--leaving Maxine helpless against her enemies.

But such is the way of Earth's last protector--the only one standing between humanity and the demons breaking out from behind the prison veil. It is a life lacking in love, reveling in death, until one moment--and one man-- changes everything...
06

Tiger Eye (Dirk & Steele, #1)
He looks out of place in Dela Reese's Beijing hotel room- exotic and poignant, some mythic, tragic hero of an epic tale. With his feline yellow eyes, he's like nothing from her world. Yet Dela has danced through the echo of his soul and knows this warrior will obey her every command.

Hari has been used and abused for millennia. But he sees, upon his release from the riddle box, that this new mistress is different. There is a hidden power in Dela's eyes- and with her, he may regain all that was lost to him. Where once he savaged, now he must protect; where once he only knew hatred, now he must embrace love. Dela is the key. For Dela, he will risk all.
07

Monstress, Vol. 4: The Chosen
Maika and Corvin make their way through a warped and lethal land in search of Kippa, who is faced with her own terrible monsters. But when Maika comes face-to-face with a stranger from her deep past, startling truths are uncovered, and at the center of it all lurks a dangerous conspiracy that threatens the Known World. Maika is finally close to getting all the answers she ever wanted, but at what price? With war on the horizon-a war no one wants to stop-whose side will Maika choose? Collects MONSTRESS #19-24.

Demon hunter Maxine Kiss, inked with living tattoos, is on a mission to rescue the man she loves from a bloodthirsty army. To save him, Maxine has only one choice: to lose control—and release her own powers of darkness.
09

Shadow Touch (Dirk & Steele, #2)
Elena Baxter can work miracles with her hands. She can coax bones to knit, flesh to heal. She can mend the mind. She has been doing such work for almost all of her twenty-eight years. That is why she will be taken.

The media called it a rampage of terror, the recent murders. But fighting crime is why Artur Loginov joined Dirk & Steele. The international detective agency specializes in the impossible, and their creed is simple: Help those in need, no matter how difficult, and no matter what, keep the secret safe. For the agency helps its employees, too: people like Artur- the gifted, the tormented. Dirk & Steele gave the Russian emigre purpose, protection, community... and refuge from his past, for who can trust a man who can start a fire with his mind, or shape-shift, or read others' thoughts as easily as drawing breath? For his similar talent, Artur will be taken.

Into the darkness Elena and Artur will be drawn, into the clutches of evil. Cornered, isolated, caged, they will fight for their very souls. But salvation awaits. It exists in a form least expected: a dream of a face, a brush of a mind, the hint of a kiss, and finally, at long last a shadow touch.