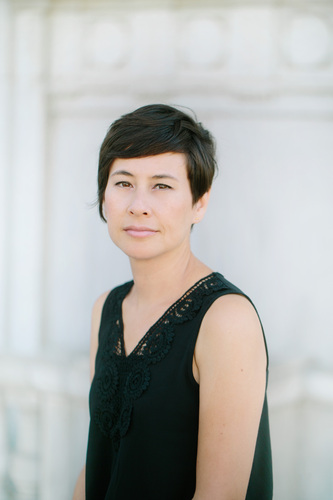 SHAWNA YANG RYAN is a former Fulbright scholar and the author of Water Ghosts (Penguin Press 2009) and Green Island (Knopf 2016). She is the Director of the Creative Writing Program at the University of Hawai'i at Manoa. Her writing has appeared in ZYZZYVA, The Asian American Literary Review, The Rumpus, Lithub, and The Washington Post. Her work has received the Association for Asian American Studies Best Book Award in Creative Writing, the Elliot Cades Emerging Writer award, and an American Book Award.

Green Island
A stunning story of love, betrayal, and family, set against the backdrop of a changing Taiwan over the course of the twentieth century.

February 28, 1947: Trapped inside the family home amid an uprising that has rocked Taipei, Dr. Tsai delivers his youngest daughter, the unnamed narrator of Green Island, just after midnight as the city is plunged into martial law. In the following weeks, as the Chinese Nationalists act to crush the opposition, Dr. Tsai becomes one of the many thousands of people dragged away from their families and thrown into prison. His return, after more than a decade, is marked by alienation from his loved ones and paranoia among his community — conflicts that loom over the growing bond he forms with his youngest daughter. Years later, this troubled past follows her to the United States, where, as a mother and a wife, she too is forced to decide between what is right and what might save her family — the same choice she witnessed her father make many years before.

As the novel sweeps across six decades and two continents, the life of the narrator shadows the course of Taiwan’s history from the end of Japanese colonial rule to the decades under martial law and, finally, to Taiwan’s transformation into a democracy. But, above all, Green Island is a lush and lyrical story of a family and a nation grappling with the nuances of complicity and survival, raising the question: how far would you be willing to go for the ones you love?
02

Locke, California, 1928. Three bedraggled Chinese women appear out of the mist in a small Chinese farming town on the Sacramento River. Two are unknown to its residents, while the third is the long-lost wife of Richard Fong, the handsome manager of the local gambling parlor. As the lives of the townspeople become inextricably intertwined with the newly arrived women, their frightening power is finally revealed.

A lyrical imagining of what happens when a Chinese ghost story comes true, Water Ghosts is a rich tale of human passions and mingling cultures that will appeal to readers of Lisa See, Anchin Min, and Gail Tsukiyama.
03