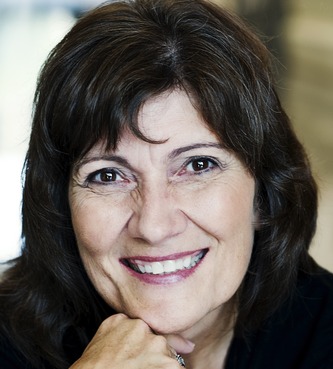 USAToday bestselling author Colleen Coble lives with her husband, Dave, in Indiana. She is the author of dozens of novels including the Rock Harbor Series, the Aloha Reef Series, the Mercy Falls Series, the Hope Beach Series, the Lonestar Series and two Women of Faith fiction selections, Alaska Twilight and Midnight Sea. She has more than 2 million books in print.

The Lightkeeper's Daughter (Mercy Falls, #1)
With the lies of the past behind her, Addie finds love . . . and discovers her true Father.

Addie Sullivan leads a quiet life in a northern California lighthouse. She mourns the death of her father and endures her mother's bitterness, until the night a storm brings an injured stranger and a dark secret to her home. The man insists she is not who she thinks she is, but rather "Julia Eaton"-the child long lost and feared dead by her wealthy family. Seizing the chance to be reunited with the Eatons, Addie leaves her lighthouse home but decides to keep her true identity a secret until they can unravel the mystery.

Addie loves the Eatons' palatial home tucked away among the California redwood forests. She feels secure with the jovial family, adores the young boy who is her charge as governess, and finds romance with his father John, a young widower. But sinister shadows overtake Addie's joy. As dusty rooms and secret compartments give up their clues about her past, Addie finds a faith and a love she could never have guessed. To embrace this new world of promise is to risk her life; but to run away is to risk losing the greatest love she's ever known.
02

Lonestar Sanctuary (Lonestar, #1)
In the quiet safety of the Bluebird Ranch, old promises resurface and unexpected love brings new hope. Though tragedy has wrecked her life, Allie Siders holds on to the hope that her five-year-old daughter, Betsy, will speak again. But with a stalker out for revenge, all Allie can think about now is their safety. She must sever all ties and abandon life as she knows it. She heads to the peaceful Bluebird Ranch, nestled deep in Texas hill country, and to the only person who can help them. The ranch is a sanctuary for abused horses, and also for troubled youths: the perfect place for Betsy to grow and recover. Ranch owner Elijah DeAngelo eagerly welcomes the duo. But Rick Bailey--the ranch foreman and DeAngelo's right hand man--hasn't decided to let his guard down . . . yet. Promises made long ago soon force Rick and Allie to work together to escape danger. Will they discover love along the way?
03

Tidewater Inn (Hope Beach, #1)
Welcome to Hope Beach.  A place of intoxicating beauty . . . where trouble hits with the force of a hurricane.

Inheriting a beautiful old hotel on the Outer Banks could be a dream come true for Libby. The inn cries out for her restorer’s talent and love of history. She’s delighted to learn of the family she never knew she had. And the handsome Coast Guard lieutenant she’s met there on the island could definitely be the man of her dreams.

But Libby soon realizes that the only way she can afford the upkeep on the inn is to sell it to developers who are stalking the island. The father who willed her the inn has died before she could meet him, and her newfound brother and sister are convinced she’s there to steal their birthright. Worst of all, her best friend and business partner has been kidnapped before her eyes, and Libby’s under suspicion for the crime.

Libby’s dream come true is becoming a nightmare. Her only option is to find her friend and prove her innocence, or lose everything on the shores of Hope Island.
04

The Inn at Ocean's Edge (Sunset Cove, #1)
Claire’s visit to a luxury hotel in Maine awakens repressed memories, threatening all she holds dear.

In 1989, Claire Dellamare disappeared from her own fourth birthday party at the Hotel Tourmaline on the island of Folly Shoals, Maine. She showed up a year later at the same hotel, with a note pinned to her dress but no explanation. Nobody knows where Claire spent that year—and until now, Claire didn’t even know she had ever been missing.

But when Claire returns to the Hotel Tourmaline for a business meeting with her CEO father, disturbing memories begin to surface . . . despite her parents’ best efforts to keep them forgotten.

Luke Rocco lost his mother under equally mysterious circumstances—at the same time Claire disappeared. After a chance encounter reveals the unlikely link between them, Claire and Luke set out together to uncover the truth about what happened that fateful year.

With flashbacks swimming just beneath her consciousness and a murderer threatening her safety, Claire’s very life depends on unscrambling her past . . . even if her family refuses to acknowledge it. Someone—maybe everyone—is hiding something from Claire Dellamare, and it will cost her everything to drag the truth out into the light.
05

Without a Trace (Rock Harbor, #1)
Librarian's note: An alternate cover edition can be found here

When a plane carrying Bree Nicholls' husband and son disappears, her life changes forever. Her relentless determination to find them starts an investigation that links their disappearance to a violent crime threatening to tear the peaceful town of Rock Harbor apart.

Mystery fans will love this exciting new series from best-selling author Colleen Coble. Set in the untamed beauty of Michigan's Upper Peninsula, the Rock Harbor Series is full of suspense and romance, drawing you into the life and operation of a canine search-and-rescue team as it unravels the secrets of an enchanting wilderness.
06

Blue Moon Promise (Under Texas Stars, #1)
Coble is a great writer, she knows what readers want and she does not disappoint.--Romantic Times

Lucy Marsh's worldly resources are running out, but she's fiercely determined to care for her younger brother and sister. When she discovers that their father's recent death was no accident, Lucy is eager to leave town. She accepts a proxy marriage she believes will provide safe refuge. But trouble follows her to Texas where her new husband is surprised to suddenly have a wife and children to care for.

Nate Stanton always hoped he'd marry someday, but running the family ranch meant he had no time for romance. When his father deposits Lucy Marsh--a city girl--on his doorstep, with two siblings in the bargain, he expects ranch life will send her running on the first train out of town. But Lucy is made of tougher stuff than Nate imagined. When danger moves in, Nate finds he'd give anything to protect Lucy and the children he's grown to love. Even if it means giving up his ranch.

Blue Moon Promise is a story of hope, romance, and suspense . . . immersing the reader in a rich historical tale set under Texas stars.
07

Rosemary Cottage (Hope Beach #2)
The cottage by the sea offers Amy a refuge to mourn her brother’s death and perhaps even discover a new love. But what if Ben’s death was no accident?
Rosemary Cottage on the Outer Banks of North Carolina has been in Amy Lang’s family for generations and offers her a haven within its peaceful walls. There she hopes to discover what really happened to her brother, Ben, even as she tries to come to grips with his death in the ocean months before.
She hopes the Coast Guard team will help her find closure, but they are quick to dismiss her concerns of foul play. Everyone in Hope Beach regards the suspicious e-mail she received as a vicious prank. When it seems discovering what happened to Ben will take longer than she expected, Amy moves her midwifery practice to Hope Beach.
Coast Guard officer Curtis Ireland may hold the key to many of her questions, but he also hides a secret that will change her world forever. And her own secrets could tear apart the fragile love developing between them. Will Amy have the courage to put down her mask and let Curtis love her for who she is? And can they both weather the danger that threatens to destroy the most precious thing in their lives?
08

The Lightkeeper's Ball (Mercy Falls, #3)
Romance and mystery intertwine at the turn of the 20th Century.

It is the dawn of a new century and Olivia Stewart is heiress to an empire. Her family numbers among the Four Hundred—those considered the wealthiest and most distinguished in America. Unfortunately their wealth has nearly disappeared, and now their security rests upon the Stewart daughters marrying well.

Olivia's sister, Eleanor, was engaged to Harrison Bennett, one of the nation's wealthiest men, but has since died. Now the pressure is on Olivia to take her place, despite her suspicions about Eleanor's fiancé. Using her family's long-forgotten English title, Olivia travels to Mercy Falls, California, as Lady Devonworth, hoping to learn more before committing to marriage. There she finds that Eleanor's death was no accident. And Harrison is not the man she thought he would be.

When Mercy Falls holds a charity masquerade ball to raise funds for the new lighthouse, secrets—and truths long hidden—will be revealed. But can Harrison really love Olivia when he discovers her true identity? Can she live with the repercussions of failing her family, or will she finally realize that nothing—not money, family, or romance—will ever compare to God's unconditional love?


Full length historical romantic suspense
Includes discussion questions for book clubs
Part of the Mercy Falls series, but can also be read as a standalone
Book One: The Lightkeeper’s Daughter

The Lightkeeper's Bride (Mercy Falls, #2)
When Katie answers the call of duty, she awakens the call of her heart.

Katie Russell loves working as a telephone operator in Mercy Falls, California. But since childhood she has been expected to marry well. Her family presses for an engagement to wealthy bachelor Bartholomew Foster and though he doesn't stir her heart, their engagement promises a secure financial future.

Working the phone lines one evening, Katie overhears a chilling exchange between her friend Eliza and a familiar male voice. Katie soon learns that Eliza has disappeared, and the crime may be linked to another investigation by handsome new lighthouse keeper, Will Jesperson. Katie and Will soon form an alliance. An alliance that slowly blossoms into something more.

Despite the danger surrounding her, Katie is powerfully drawn to Will. But she is not at liberty to marry for love. And though society forbids their growing affection, Katie can't help but notice Will's sense of peace. It's a peace that rests on his trust in God—a trust that Katie has never had to depend on, with her future so clearly mapped out before her.

But the more Katie uncovers of the mystery, the more she discovers about herself, her past, and the brilliant future that could be hers if only she has the courage to trust in God and follow where her heart so fearlessly leads.
10

Lonestar Secrets (Lonestar, #2)
Can a secret be kept forever?
Five years ago, Shannon Astor left the beautiful high-mountain country of West Texas as a single mother. She was desperate for a fresh start...and a way to keep the secrets of her past buried. It almost worked.
Until a chance to make a better life for her daughter leads her right back home. To the very place of the past betrayals.
But it also leads Shannon to horse-trainer Jack MacGowan--her handsome high-school nemesis, now a widowed father. His daughter looks so startlingly like her own that Shannon can't help but question the circumstances surrounding her daughter's birth. Wary of each other's intentions, Shannon and Jack reluctantly join forces to untangle a deep mystery that swirls around Shannon's parents, a lost Spanish treasure, and a legendary black stallion.
If Shannon can learn to entrust her secrets to the man falling in love with her, the truth just might set her free.