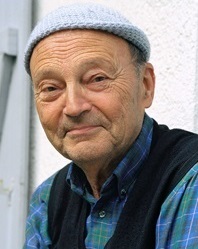 Michel Tournier was a French writer.

His works are highly considered and have won important awards such as the Grand Prix du roman de l'Académie française in 1967 for Vendredi ou les limbes du Pacifique. and the Prix Goncourt for Le Roi des aulnes in 1970. His works dwell on the fantastic, his inspirations including traditional German culture, Catholicism, and the philosophies of Gaston Bachelard. He lived in Choisel and was a member of the Académie Goncourt. His autobiography has been translated and published as The Wind Spirit (Beacon Press, 1988).

Friday, or, The Other Island

Friday, winner of the 1967 Grand Prix du Roman of the Académie Française, is a sly, enchanting retelling of the legend of Robinson Crusoe by the man the New Yorker calls "France's best and probably best-known writer." Cast away on a tropical island, Michel Tournier's god-fearing Crusoe sets out to tame it, to remake it in the image of the civilization he has left behind. Alone and against incredible odds, he almost succeeds. Then a mulatto named Friday appears and teaches Robinson that there are, after all, better things in life than civilization.

The Ogre
An international bestseller and winner of the Prix Goncourt, France's most prestigious literary award, The Ogre is a masterful tale of innocence, perversion, and obsession. It follows the passage of strange, gentle Abel Tiffauges from submissive schoolboy to "ogre" of the Nazi school at the castle of Kaltenborn, taking us deeper into the dark heart of fascism than any novel since The Tin Drum. Until the very last page, when Abel meets his mystic fate in the collapsing ruins of the Third Reich, it shocks us, dazzles us, and above all holds us spellbound.
03

Gemini
Jean and Paul are identical twins. Outsiders, even their parents, cannot tell them apart, and call them Jean-Paul. The mysterious bond between them excludes all others; they speak their own language; they are one perfectly harmonious unit; they are, in all innocence, lovers.

For Paul, this unity is paradise, but as they grow up Jean rebels against it. He takes a mistress and deserts his brother, but Paul sets out to follow him in a pilgrimage that leads all around the world, through places that reflect their separation--the mirrored halls of Venice, the Zen gardens of Japan, the newly divided city of Berlin. The exquisite love story of Jean-Paul is set against the ugliness and pain of human existence. " Gemini" is a novel of extraordinary proportions, intricate images, and profound thought, in which Michel Tournier tells his fascinating story with an irresistible humor.
05

The Four Wise Men
Displaying his characteristic penchant for the macabre, the tender and the comic, Michael Tournier presents the traditional Magi describing their personal odysseys to Bethlehem--and audaciously imagines a fourth, "the eternal latecomer"' whose story of hardship and redemption is the most moving and instructive of all. Prince of Mangalore and son of an Indian maharajah, Taor has tasted an exquisite confection, "rachat loukoum," and is so taken by the flavor that he sets out to recover the recipe. His quest takes him across Western Asia and finally lands him in Sodom, where he is imprisoned in a salt mine. There, this fourth wise man learns the recipe from a fellow prisoner, and learns of the existence and meaning of Jesus.
07

The Midnight Love Feast
Yves Oudalle, one-time captain of a fishing trawler, and his wife Nadege no longer get on. They decide to separate and invite all their friends to a party - a fish banquet in celebration of love and the sea - where they plan to announce the sad news. Each guest at the party tells a story.
10