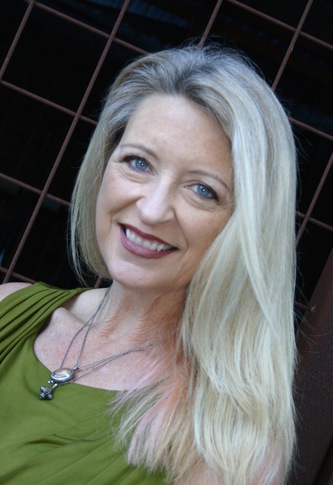 Called a “writing machine” by the New York Times and a “master storyteller” by the Midwest Book Review, Sophie Littlefield has written dozens of novels for adults and teens. She has won Anthony and RT Book Awards and been shortlisted for Edgar, Barry, Crimespree, Macavity, and Goodreads Choice Awards.

Garden of Stones
In the dark days of war, a mother makes the ultimate sacrifice. Lucy Takeda is just fourteen years old, living in Los Angeles, when the bombs rain down on Pearl Harbor. Within weeks, she and her mother, Miyako, are ripped from their home, rounded up along with thousands of other innocent Japanese-Americans and taken to the Manzanar prison camp.

Buffeted by blistering heat and choking dust, Lucy and Miyako must endure the harsh living conditions of the camp. Corruption and abuse creep into every corner of Manzanar, eventually ensnaring beautiful, vulnerable Miyako. Ruined and unwilling to surrender her daughter to the same fate, Miyako soon breaks. Her final act of desperation will stay with Lucy forever...and spur her to sins of her own.

Bestselling author Sophie Littlefield weaves a powerful tale of stolen innocence and survival that echoes through generations, reverberating between mothers and daughters. It is a moving chronicle of injustice, triumph and the unspeakable acts we commit in the name of love.

Someone once said that all apocalypses are experienced locally. In the case of Cass Dollar, the nightmare occurred with the violent abduction of two-year-old Ruthie, which she vividly remembers. Only later is young Cass assaulted also by the vague, twisting memories of a much wider conflagration that she herself only narrowly survived. A government experiment had turned the entire California landscape into the hunting grounds of zombie Beaters, but Cass can only think of the helpless toddler she is missing. A deeply arresting paperback original. Editor's recommendation.

Banished (Banished, #1)
There isn’t much worth living for in Gypsum, Missouri—or Trashtown, as the rich kids call the run-down neighborhood where sixteen-year-old Hailey Tarbell lives. Hailey figures she’ll never belong—not with the popular kids at school, not with the rejects, not even with her cruel, sickly grandmother, who deals drugs out of their basement. Hailey never knew her dead mother, and she has no idea who her father was, but at least she has her four-year-old foster brother, Chub. Once she turns eighteen, Hailey plans to take Chub far from Gypsum and start a new life where no one can find them.

But when a classmate is injured in gym class, Hailey discovers a gift for healing that she never knew she possessed—and that she cannot ignore. Not only can she heal, she can bring the dying back to life. Confused by her powers, Hailey searches for answers but finds only more questions, until a mysterious visitor shows up at Gram’s house, claiming to be Hailey’s aunt Prairie.

There are people who will stop at nothing to keep Hailey in Trashtown, living out a legacy of despair and suffering. But when Prairie saves both Hailey and Chub from armed attackers who invade Gram’s house in the middle of the night, Hailey must decide where to place her trust. Will Prairie’s past, and the long-buried secret that caused her to leave Gypsum years earlier, ruin them all? Because as Hailey will soon find out, their power to heal is just the beginning.

This gripping novel from thriller writer Sophie Littlefield blazes a trail from small-town Missouri to the big city as Hailey battles an evil greater than she ever imagined, while discovering strengths she never knew she had.


From the Hardcover edition.
04

A Bad Day for Sorry (Bad Day, #1)
Stella Hardesty, our salty, unlikely heroine, runs a sewing shop in rural Missouri. She also has a side business helping battered women with their abusive boyfriends and husbands. When Chrissy Shaw asks Stella for help, it seems like a straightforward case, until Chrissy’s no-good husband disappears with her two-year-old son. Now Stella finds herself in a battle against a more formidable enemy as she risks her own life to recover the boy.
05

That's What Frenemies Are For
A Manhattan socialite turns her spin instructor into a fitness superstar to impress her friends. But can she keep her little project under control? Or has she created a monster?

Julia Summers seems to have it all: a Fifth Avenue apartment, a successful husband, and two adorable children attending the best private school in the city. She relishes wielding influence over her well-heeled girlfriends . . . but her star appears to be fading. That's why, when stranded in Manhattan for the summer as the entire Upper East Side flees to the Hamptons, Julia is on the hunt for the next big thing--the hot, new fad that will put her back on top.

Enter Flame, the new elite fitness craze. Seductive and transformative, Flame is exactly what Julia needs--and demure, naïve instructor Tatum is her ticket in. Turning Tatum from giggly blonde to trendy guru proves hard work. Yet Julia's triumphant comeback at summer's end doesn't quite go as planned, and when things suddenly get ugly--and even deadly--she realizes she may have been in way over her head. And Tatum, waiting in the wings, begins to grasp just how much power her newfound stardom holds . . .

Then, with Julia's life already spiraling out of control, her husband is arrested for fraud and bribery. As her so-called friends turn their backs on her, and Tatum pursues her own agenda, Julia is forced to rethink everything she knew about her world to reclaim her perfect life.

But does she even want it back?
06

Rebirth (Aftertime, #2)
The end of the world was just the beginning

Civilization has fallen, leaving California an unforgiving, decimated place. But Cass Dollar beat terrible odds to get her missing daughter back—she and Ruthie will be happy.

Yet with the first winter, Cass is reminded that happiness is fleeting in Aftertime. Ruthie retreats into silence.

Flesh—eating Beaters still dominate the landscape. And Smoke, Cass's lover and strength, departs on a quest for vengeance, one that may end him even if he returns.

The survivalist community Cass has planted roots in is breaking apart, too. Its leader, Dor, implores Cass to help him recover his own lost daughter, taken by the totalitarian Rebuilders. And soon Cass finds herself thrust into the dark heart of an organization promising humanity's rebirth—at all costs.

Bound to two men blazing divergent paths across a savage land, Cass must overcome the darkness in her wounded heart, or lose those she loves forever.
07

Horizon (Aftertime, #3)
Cass Dollar is a survivor. She's overcome the meltdown of civilization, humans turned mindless cannibals, and the many evils of man.

But from beneath the devastated California landscape emerges a tendril of hope. A mysterious traveler arrives at New Eden with knowledge of a passageway North—a final escape from the increasingly cunning Beaters. Clutching this dream, Cass and many others decamp and follow him into the unknown.

Journeying down valleys and over barren hills, Cass remains torn between two men. One—her beloved Smoke—is not so innocent as he once was. The other keeps a primal hold on her that feels like Fate itself. And beneath it all, Cass must confront the worst of what's inside her—dark memories from when she was a Beater herself. But she, and all of the other survivors, will fight to the death for the promise of a new horizon….
08

Stella Hardesty, avenger of wronged women, is getting cozy with Sheriff "Goat" Jones when a tornado blows none other than Goat’s scheming ex-wife, Brandy, through the front door. Adding to the chaos, the tornado destroys the snack shack at the demolition derby track, pulling up the concrete foundation and unearthing a woman's body. The main suspect in the woman’s murder is Neb Donovan---he laid the foundation, and there's some pretty hard evidence pointing to his guilt. Years ago, Neb's wife asked Stella for help getting him sober. Stella doesn't believe the gentle man could kill anyone, and she promises his frantic wife she'll look into it.
Former client Chrissy Shaw is now employed at Stella's sewing shop and she helps with the snooping as Stella negotiates the unpredictable Brandy and the dangerously magnetic sheriff.
This is the thrilling sequel to Sophie Littlefield’s critically-acclaimed debut, A Bad Day for Sorry, which won an Anthony Award and an RT Book Award, was an Edgar Award Finalist, and was shortlisted for Barry, Crimespree, and Macavity Awards. Stella Hardesty is a heroine to watch---join her on this next adventure for as fiercely funny and riveting a story as there is to be found in crime fiction.
09

House of Glass
Bestselling author Sophie Littlefield delivers a riveting, ripped-from-the-headlines story about a family put to the ultimate test when two men take them hostage inside their home. Jen Glass has worked hard to achieve the ideal life: a successful career, a beautiful home in an affluent suburb of Minneapolis, a seemingly perfect family. But inside the Glass house, everything is spinning out of Jen's control. Her marriage to her husband, Ted, is on the brink of collapse; her fifteen-year-old daughter grows more distant each day; and her five-year-old son barely speaks a word. Jen is on the verge of breaking, but nothing could have prepared her for what is to come. On an evening that was supposed to be like any other, two men force their way into the Glasses' home, but what begins as a common robbery takes an even more terrifying turn. Held hostage in the basement for more than forty-eight hours, Jen and Ted must put aside their differences if they have any hope of survival. They will stop at nothing to keep their family safe;even if it means risking their own lives. A taut and emotional tale of a family brought together by extraordinary forces, House of Glass is a harrowing exploration of the lengths a mother will go to protect her children, and the power of tragedy to teach us what truly matters. Sophie Littlefield shows considerable skills for delving into the depths of her characters and complex plotting. South Florida Sun-Sentinel
10

Unforsaken (Banished, #2)
Hailey Tarbell is no typical girl. As one of the Banished who arrived from Ireland generations ago, Hailey has the power to heal—and, as she recently learned, to create zombies if she heals someone too late. But now, Hailey is finally getting a chance at a normal life. After realizing the good and bad sides of her power, Hailey has survived the unimaginable to settle with her aunt, Prairie, and her little brother, Chub, in the suburbs of Milwaukee. Finally Hailey has a loving family, nice clothes, and real friends. But her safe little world is blown apart when she tries to contact her secret boyfriend, Kaz—and alerts the incredibly dangerous man who's looking for her to her true whereabouts.