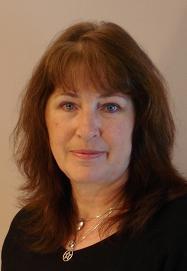 Janet Paisley was an award winning poet, author, playwright, non-fiction and scriptwriter, writing in Scots and English. Born in 1948 in Ilford, Essex of Scottish parents, she grew up in Avonbridge, a small village in Central Scotland. Marriage, a teaching career, the birth of seven sons, the death of one, and divorce followed.

A prolific and popular writer, first published in 1979, she features at national and international festivals and is published, performed, broadcast and taught on the curriculum from primary to university at home and abroad. Her work has been translated into German, Russian, Lithuanian, Slovak, Spanish, Hungarian, Ukranian and Italian and is widely anthologised.


Janet’s awards include BAFTA and RTS nominations for Long Haul, a 2000 Creative Scotland Award to write Not for Glory; 1999 Canongate Prize; 1996 Peggy Ramsay Memorial award for Refuge; National, Scottish National, Swanage Arts and MacDiarmid Trophy poetry prizes; Sutton, Scotwrite and BBC prose prizes. In 1996 Alien Crop was shortlisted as Scottish Book of the Year and Sooans Nicht was Critics Play of the Year. In 2003 Not for Glory was in the World Book Day Top Ten Scottish Books and featured on the nation’s favourite books of all time list of 2005.

A writer who thrived on the discipline of different forms, she began her career with the short story. Five collections of poetry followed, interspersed with short fiction, plays for theatre, radio and TV drama, and film. Other publications include two books of short stories, a novella, an historical novel and occasional journalism. A regular visitor to schools, skilled in both humorous and dramatic performances of her own work, Janet wrote for and appeared in several Mayfest productions with Bread & Circuses, a group of writers dedicated to lively and entertaining theatrical presentations of the written word.

An inadvertent literary ambassador, she visited Russia to speak at academic symposiums and the Tolstoy commemoration, initiated a Scottish literature collection in Voronezh university, took part in Barcelona’s theatrical Cartographies of Desire and in festival reading tours of Paris, Moscow, Slovakia and Lithuania, and set up the first Scottish PEN women writers’ committee.

While raising her six sons as an unsupported single parent, financial assistance from the Scottish Arts Council literature and drama departments proved invaluable. Over a fifteen year period from 1990, she held two SAC writing fellowships and the Glasgow South writing residency, and was awarded writers and playwrights bursaries in 1997, 1999, 2001 and 2005. She also taught courses in creative writing for Glasgow University’s Department of Adult & Continuing Education.

In July 2007, when her youngest son graduated and a second grandson had joined the family, she published her first novel, White Rose Rebel. The Jacobite connection, begun more than two decades earlier with radio stories and a stage play, continued with writing the character stations for the Culloden Battlefield Visitor Centre.

“Janet Paisley’s poems have an intensity that makes them shine with truth.. she enters Sylvia Plath territory and emerges looking more honest and passionate than Plath. She could be winningly self-deprecating and deadly serious at the same time...” Books in Scotland.

White Rose Rebel tells the riveting and turbulent story of the historical figure known as Colonel Anne - Scottish heroine and female "Braveheart" - who risked everything for the love of her country and its rightful king.

Anne Farquharson, a tempestuous and independent-minded daughter of Scotland, is elated when the Jacobites rebel in 1745, fighting to regain the Stuart throne of Scotland for Bonnie Prince Charlie, and horrified when her husband, Aeneas Macintosh, joins the English army. She raises his clan and, with her previous lover at her side, joins the uprising to become its legendary Colonel Anne. Incorporating fascinating historical detail about the military role of Scottish women during the eighteenth century, Janet Paisley creates a marvelously entertaining tale of this extraordinary young woman who used her heart, sexuality, intellect, and sword to defend her people.

Rich in intrigue and period detail and with a compelling cast of characters certain to captivate fans of Philippa Gregory, White Rose Rebel marks the exciting debut of a wonderfully fresh and vivid voice in historical fiction, as it explores the grand themes of civil war, women's rights and national identity, love and marital discord, loyalty and betrayal.

Daughter of an Iron Age warrior queen, Skaaha is wild, headstrong and revered. But she is also a child, and when a chariot race leaves the queen dead and her menacing rival Mara in her place, Skaaha's charmed life lies in ruins.

Vulnerable, her future imperilled, Skaaha seeks to forge a life beyond the new queen's reach. But with rumour, fear and danger sweeping the island, she cannot remain unmoved. Broken by brutal misfortune, alone in a world of mistrust, Skaaha must unearth the courage to confront her enemies in defence of her people.

Illuminated by the great Celtic fire festivals, Warrior Daughter is inspired by the historical Scathach, a fierce warrior woman of the first century AD and forerunner to the equally ferocious Boudicca.

'A powerful historical page-turner with a beautiful, feisty heroine' Scotsman

Janet Paisley is the author of five poetry collections, two of short fiction, a novella and numerous plays, radio, TV and film scripts. Accolades include a prestigious Creative Scotland Award (Not for Glory, stories), the Peggy Ramsay Memorial Award (Refuge, a play) and a BAFTA nomination (Long Haul, a short film). Her first novel, White Rose Rebel, is available from Penguin.
03

Not For Glory
This is a collection of interlinked stories, delivered in a Scottish prose style unique to this writer. The author sets her book in a central Scots village, laying bare the dramas of the lives of the villagers in a world where there's little escape and less privacy.
04

Wicked!
Jas overhears his wife in bed with an Italian. His plan to retire early & spend their winters in Italy is out the window. He tries to confront Linda but it all goes wrong. Is she toying with him? She's toying with lots of other things - Italians, sexy underwear, massage oil.
05

Reading the Bones
In Reading the Bones, Paisley's fourth book of poetry, she explores relationships, between person and place, between lovers, but particularly those between parents and children, all the way from infancy to death. All relationships, conventional and aberrant, are observed with a sensitive, yet unsentimental, eye. She has the gift of being able to enter, fully, into the moment evoked - and to take us with her. And love, frustrated or fulfilled, is at the centre of it all - Aonghas Macneacail
06

Alien Crop
In Alien Crop Janet Paisley draws upon a woman's personal views of love and sex, children and the natural world, but evokes them as much through metaphor as by direct observation. The title poem is a celebration of fertility, male energy symbolized by ships and the female identified with the sea, `her depths combed smooth with light'.

Sinking the Ship neatly reverses the metaphor but is more sexually explicit:

`you slide
deep inside me, spill
your whole salt self into my hold
and surging now, surround, enclose'.

As always, she gives voice to victims of men, whether as a child (Don't Say You Love Me, Daddy) or an abused wife (Easy Street).

Perhaps most memorable are her poems about childbirth, such as The Caul and Words for my Daughter:

`my labouring is done, your cry
has split the world's roof ....
Go forward / from the shadows mothers cast'.

Sang fur the Wandert
Written in both Scots and English, with some works rendered in both languages, the poems included here focus on Scotland and the world, touching upon personal and international events from as far back as year 542 to the present day. They explore the dramatic effects that politics, education, sociology, science, war and trauma can have on the individual.