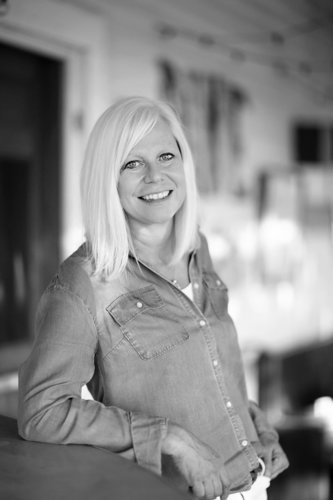 Heather is the NYT and USA Today Bestselling author of THE WEIGHT OF SILENCE and NOT A SOUND.

Heather Gudenkauf is the author of books: The Weight of Silence, These Things Hidden, One Breath Away, Little Mercies, Not a Sound, Missing Pieces, Before She Was Found, Little Lies, This is How I Lied, Vermächtnis der Stille - zwei Romane von Heather Gudenkauf: eBundle

The Weight of Silence
It happens quietly one August morning. As dawn's shimmering light drenches the humid Iowa air, two families awaken to find their little girls have gone missing in the night.

Seven-year-old Calli Clark is sweet, gentle, a dreamer who suffers from selective mutism brought on by tragedy that pulled her deep into silence as a toddler.

Calli's mother, Antonia, tried to be the best mother she could within the confines of marriage to a mostly absent, often angry husband. Now, though she denies that her husband could be involved in the possible abductions, she fears her decision to stay in her marriage has cost her more than her daughter's voice.

Petra Gregory is Calli's best friend, her soul mate and her voice. But neither Petra nor Calli has been heard from since their disappearance was discovered. Desperate to find his child, Martin Gregory is forced to confront a side of himself he did not know existed beneath his intellectual, professorial demeanor.

Now these families are tied by the question of what happened to their children. And the answer is trapped in the silence of unspoken family secrets.
02

These Things Hidden
When teenager Allison Glenn is sent to prison for a heinous crime, she leaves behind her reputation as Linden Falls' golden girl forever. Her parents deny the existence of their once-perfect child. Her former friends exult her downfall. Her sister, Brynn, faces whispered rumors every day in the hallways of their small Iowa high school. It's Brynn--shy, quiet Brynn--who carries the burden of what really happened that night. All she wants is to forget Allison and the past that haunts her. But then Allison is released to a halfway house, and is more determined than ever to speak with her estranged sister. Now their legacy of secrets is focused on one little boy. And if the truth is revealed, the consequences will be unimaginable for the adoptive mother who loves him, the girl who tried to protect him and the two sisters who hold the key to all that is hidden
03

One Breath Away
In her most emotionally charged novel to date, New York Times bestselling author Heather Gudenkauf explores the unspoken events that shape a community, the ties between parents and their children and how the fragile normalcy of our everyday life is so easily shattered.

In the midst of a sudden spring snowstorm, an unknown man armed with a gun walks into an elementary school classroom. Outside the school, the town of Broken Branch watches and waits.

Officer Meg Barrett holds the responsibility for the town's children in her hands. Will Thwaite, reluctantly entrusted with the care of his two grandchildren by the daughter who left home years earlier, stands by helplessly and wonders if he has failed his child again. Trapped in her classroom, Evelyn Oliver watches for an opportunity to rescue the children in her care. And thirteen-year-old Augie Baker, already struggling with the aftermath of a terrible accident that has brought her to Broken Branch, will risk her own safety to protect her little brother.

As tension mounts with each passing minute, the hidden fears and grudges of the small town are revealed as the people of Broken Branch race to uncover the identity of the stranger who holds their children hostage.
04

Little Mercies
Veteran social worker Ellen Moore has seen the worst side of humanity; the vilest acts one person can commit against another. She is a fiercely dedicated children's advocate and a devoted mother and wife. But one blistering summer day, a simple moment of distraction will have repercussions that Ellen could never have imagined, threatening to shatter everything she holds dear, and trapping her between the gears of the system she works for.

Meanwhile, ten-year-old Jenny Briard has been living with her well-meaning but irresponsible father since her mother left them, sleeping on friends' couches and moving in and out of cheap motels. When Jenny suddenly finds herself on her own, she is forced to survive with nothing but a few dollars and her street smarts. The last thing she wants is a social worker, but when Ellen's and Jenny's lives collide, little do they know just how much they can help one another.

A powerful and emotionally charged tale about motherhood and justice, Little Mercies is a searing portrait of the tenuous grasp we have on the things we love the most, and of the ties that unexpectedly bring us together.
05

Not a Sound
When a tragic accident leaves nurse Amelia Winn deaf, she spirals into a depression that ultimately causes her to lose everything that matters--her job, her husband, David, and her stepdaughter, Nora. Now, two years later and with the help of her hearing dog, Stitch, she is finally getting back on her feet. But when she discovers the body of a fellow nurse in the dense bush by the river, deep in the woods near her cabin, she is plunged into a disturbing mystery that could shatter the carefully reconstructed pieces of her life all over again.

As clues begin to surface, Amelia finds herself swept into an investigation that hits all too close to home. But how much is she willing to risk in order to uncover the truth and bring a killer to justice?
06

Sarah Quinlan's husband, Jack, has been haunted for decades by the untimely death of his mother when he was just a teenager, her body found in the cellar of their family farm, the circumstances a mystery. The case rocked the small farm town of Penny Gate, Iowa, where Jack was raised, and for years Jack avoided returning home. But when his beloved aunt Julia is in an accident, hospitalized in a coma, Jack and Sarah are forced to confront the past that they have long evaded.

Upon arriving in Penny Gate, Sarah and Jack are welcomed by the family Jack left behind all those years ago—barely a trace of the wounds that had once devastated them all. But as facts about Julia's accident begin to surface, Sarah realizes that nothing about the Quinlans is what it seems. Caught in a flurry of unanswered questions, Sarah dives deep into the puzzling rabbit hole of Jack's past. But the farther in she climbs, the harder it is for her to get out. And soon she is faced with a deadly truth she may not be prepared for.
07

Before She Was Found
A gripping thriller about three young girlfriends, a dark obsession and a chilling crime that shakes up a quiet Iowa town, from the New York Times bestselling author of The Weight of Silence .

For twelve-year-old Cora Landry and her friends Violet and Jordyn, it was supposed to be an ordinary sleepover--movies and Ouija and talking about boys. But when they decide to sneak out to go to the abandoned rail yard on the outskirts of town, little do they know that their innocent games will have dangerous consequences.

Later that night, Cora Landry is discovered on the tracks, bloody and clinging to life, her friends nowhere to be found. Soon their small rural town is thrust into a maelstrom. Who would want to hurt a young girl like Cora--and why? In an investigation that leaves no stone unturned, everyone is a suspect and no one can be trusted--not even those closest to Cora.

Before She Was Found is a timely and gripping thriller about friendship and betrayal, about the power of social pressure and the price of needing to fit in. It is about the great lengths a parent will go to protect their child and keep them safe--even if that means burying the truth, no matter the cost.
08

Little Lies
In this riveting prequel to her novel Little Mercies, New York Times bestselling author Heather Gudenkauf explores how even the smallest lies can have far-reaching consequences.

When the body of a woman is discovered in a local park—with her bewildered four-year-old son sitting beside her—veteran social worker Ellen Moore is called in to assist in the police investigation. Positioned beneath a statue of Leto, the goddess of motherhood, the crime is weighted with meaning and, Ellen discovers, remarkably similar to one from a decade past.

Ellen's professional duty is to protect the child, but she's not equipped to contend with a killer. As she races to connect the dots, she knows her time is running out. And the stakes are high: if she fails, another mother is sure to make the ultimate sacrifice.
09