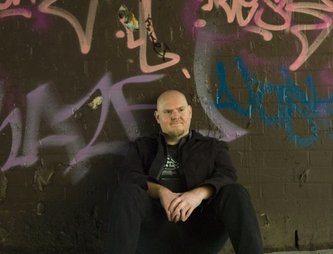 Ben Peek is the critically acclaimed Sydney based author of the Godless, Leviathan's Blood, Twenty-Six Lies/One Truth, Black Sheep, and the collection Dead Americans and Other Stories.

In 2017, his novel The Eternal Kingdom, the third book in the Children Trilogy, will be released.

He holds a doctorate in literature and splits his time between teaching and writing.

His first novel, Twenty-Six Lies/One Truth, had Rave Magazine say, “Ben Peek [has] joined the ranks of writers to realise dressing up their memoirs as a novel is less interesting that writing an actual autobiography with Twenty-Six Lies/One Truth....” Originally published by Wheatland Press, the series of alphabetical entries lists author hoaxes whilst also is an actual autobiography. His second novel, Black Sheep, was reviewed by Paul DiFillipo who said Ben Peek “crafts a quietly horrifying world displaced from ours by a century of time and an implosion of globalist attitudes.”

Peek is the creator of the Urban Sprawl Project, a psychogeography pamphlet for which he wrote and took photographs. It was given out free in the suburbs of Sydney. With artist Anna Brown, he created the autobiographical comic, Nowhere Near Savannah, which was run in weekly instalments on his blog. In addition to this, he also conducted the first Australian Science Fiction Author and Artist Snapshot, interviewing over forty writers, artists and editors in the space of two weeks. He has since written reviews and articles for Strange Horizons, Overland, and various street presses.

Peek's first piece of short fiction was published in 1996. He has since had published over thirty stories, novelettes and novellas. These have been published in anthologies such as Forever Shores, edited by Peter McNamara and Margaret Winch; Leviathan Four: Cities, edited by Forrest Aquirre; Paper Cities, edited by Ekaterina Sedia; and the Agog! series, edited by Cat Sparks. His stories have also appeared in a range of diverse magazines, including Fantasy Magazine, Overland, Phantom and Aurealis. Peek’s work has also being reprinted in various editions of Year's Best volumes and nominated for a number of awards.

The Godless (Children, #1)
The first in a crackling, unputdownable new epic fantasy series, introducing a fascinating, original new world and an incredible heroine.

The Gods are dying. Fifteen thousand years after the end of their war, their bodies can still be found across the world. They kneel in forests, lie beneath mountains, and rest at the bottom of the world's ocean. For thousands of years, men and women have awoken with strange powers that are derived from their bodies.

The city Mireea is built against a huge stone wall that stretches across a vast mountain range, following the massive fallen body of the god, Ger. Ayae, a young cartographer’s apprentice, is attacked and discovers she cannot be harmed by fire. Her new power makes her a target for an army that is marching on Mireea. With the help of Zaifyr, a strange man adorned with charms, she is taught the awful history of ‘cursed’ men and women, coming to grips with her new powers and the enemies they make. Meanwhile, the saboteur Bueralan infiltrates the army that is approaching her home to learn its terrible secret.

Split between the three points of view, The Godless' narrative reaches its conclusion during an epic siege, where Ayae, Zaifyr and Bueralan are forced not just into conflict with those invading, but with those inside the city who wish to do them harm.

The first installment of an exciting new epic fantasy series, The Godless is a fast-paced page turner set in an enthralling new world, perfect for fans of Joe Abercrombie and Brent Weeks.
02

Leviathan's Blood (Children #2)
At the end of The Godless, Mireea lay in ruins, the dead of the city had risen as ghosts, and the keepers Fo and Bau had been slain by Zaifyr.

The Mireeans have now fled to the city of Yeflam with the immortal Zaifyr in chains to barter for their safety. With the threat of war arriving at the Floating Cities, Zaifyr's trial will become the center of political games. However, Zaifyr is intent on using his trial to begin a new war, a motive that many fear is an echo of the dangerous man he once was. Ayae, a young girl cursed with the gift of fire, sees a chance to learn more of her powers here in the floating city, but she is weighed down by her new responsibilities regarding the safety of the Mireean people.

Across the far ocean, exiled Baron Bueralan and cartographer Orlan have arrived in the city of Ooila with some chilling cargo: the soul of a dead man. As the two men are accepted into the city's court, they are pulled ever deeper into the Queen's web of lies and deceit. All the while, a rumor begins to spread of a man who has come ashore, whose seemingly innocent presence threatens them all.
03

The Eternal Kingdom (Children, #3)
A nation in fragments
On the shores of Yeflam, Ayae struggles to keep her people together. She acts as liaison between the camp leaders and the immortals who could save them. Zaifyr's immortal siblings have arrived - but they have their own unfathomable agendas and Ayae is caught in their power games.

An army on the march
Heast has returned to his role as Captain of Refuge, a mercenary unit that answers the call of lost causes. With help from an unexpected source, Heast and his band of mercenaries could turn the tide of war - if they live long enough.

A world in danger
Bueralan Le is trapped in the company of the new god, Se'Saera. Though he fights to prevent her from unleashing her forces on the world, he is bound by blood to her darkest creation. The future of the world may depend on his choices.
04

Dead Americans and Other Stories
Welcome to a world where bands are named after the murderer of a dead president, where the work of Octavia E. Butler is turned into an apocalypse meta-narrative, and John Wayne visits a Wal-Mart. and men and women tattoo their life onto their skin for an absent god.
05

Twenty-Six Lies/One Truth
Peek presents a fictional autobiography of a man who Rhas been nowhere, done nothing, and met nobody.
06

Black Sheep
This is the story of Isao Dazai, a Japanese-born man who has recently immigrated to Australia with his family. The future that Isao lives in is a world of mass race segregation where each of the world's cities have been divided into three separate walled ghettos, defined by three 'mass racial' categories: Asian, African and Caucasian. Living in Asian-Sydney, Isao knows that simply wanting to cross the city's boundaries is one of the greatest of crimes in this new world, as is his inability to leave his Japanese culture behind. Within months of arriving in Sydney, he is charged with the crime of multiculturalism and sentenced to Assimilation, a radical and invasive punishment created by the Australian Government. This new punishment strips Isao of his personality and skin pigmentation and leaves him with cold, white skin, and nothing but a number to identify himself with.

Saboteurs (Children, #0.5)
Bueralan Le - exiled baron, fighter, saboteur - washes up on strange shores with a stranger mission. Bueralan and his crew have a grand plan: to save a town in this gods-touched land from anarchy, as it heads towards violence and bloodshed. The job will demand all of their cunning, experience and skill with the sword. But they've been hired to right a great wrong and they won't rest until it's done . . .
08

Octavia E. Butler
The story of a black girl who meets her older self who is white. From controversial and critically acclaimed writer Ben Peek's Dead Americans, this short story is one of a set of dark, weird, and surreal fiction from one of the modern masters of the form.

ChiZine Publications (CZP) curates the best of the bizarre, bringing you the most excitingly weird, subtle, dark, and disturbing literary fiction. Look for more titles in the ChiZine short stories collection to build your digital library.
09

See You on a Dark Night
A vampire struggles with his place in the world of humans.
10

Johnny Cash
The answers to a questionnaire you never read. From controversial and critically acclaimed writer Ben Peek's Dead Americans, this short story is one of a set of dark, weird, and surreal fiction from one of the modern masters of the form.

ChiZine Publications (CZP) curates the best of the bizarre, bringing you the most excitingly weird, subtle, dark, and disturbing literary fiction. Look for more titles in the ChiZine short stories collection to build your digital library.