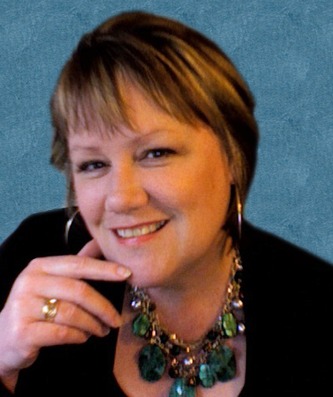 Kim Norman is the author of more than a dozen children’s books published by Sterling, Scholastic and two Penguin imprints. Titles include Ten on the Sled, (Sterling) which spent weeks on Barnes and Noble’s Top Ten bestseller list and has been released in Korean and German editions as well as appearing in Scholastic Book Fairs in schools around North America. I Know a Wee Piggy, was reviewed in the New York Times, and is listed on the Texas “2x2 Reading List,” as well being offered by Dolly Parton’s Imagination Library.

Kim has a long history of theater & musical performing, which she enjoys including in her school visits and presentations. Songs and videos on her website, kimnormanbooks.com

Kim Norman is the author of books: Puddle Pug, I Know a Wee Piggy, Ten on the Sled, If It's Snowy and You Know It, Clap Your Paws!, Still a Gorilla!, Give Me Back My Bones!, Thunder Pug, Come Next Season, This Old Van, The Bot That Scott Built

Puddle Pug
Percy the Pug loves puddles—big puddles, small puddles, swamp puddles, stomp puddles. But no puddle is perfect  . . .  until he finds one with three friendly piglets. But protective Mama Pig says NO PUGS and chases Percy away! Irresistibly illustrated by Keika Yamaguchi, Kim Norman's tale about a persistent pug and his pursuit of friendship in puddle paradise brims with warmth and charm.
02

I Know a Wee Piggy
A clever, colorful read-aloud in the tradition of I Know an Old Lady Who Swallowed a Fly

A fun day at the fair becomes color chaos when one boy's energetic pig gets loose. Upside down, piggy wallows in brown, but that's only the beginning of this cumulative, rhyming text. Soon, he's adding a rinse of red (tomatoes), a wash of white (milk), a pinch of pink (cotton candy), and many more. Can piggy be caught before he turns the whole fair upside down?

With exuberant art by Henry Cole, this wild pig chase is a natural choice for teaching colors and begs to be read aloud.
03

Ten on the Sled
Author Kim Norman (Crocodaddy) and illustrator Liza Woodruff have whipped up a rollicking, jolly, snow-filled adventure!
In the land of the midnight sun, all the animals are having fun speeding down the hill on Caribou's sled. But as they go faster and faster, Seal, Hare, Walrus, and the others all fall off…until just Caribou's left, only and lonely. Now, a reindeer likes flying-but never alone, so…one through ten, all leap on again!
An ideal picture book for reading-and singing along with—over and over.

Still a Gorilla!
Will Willy be another type of animal?
No!
Still a gorilla!

In this fun, zany picture book, Willy the Gorilla imitates other animals at the zoo, including a lion, a walrus, a billy goat, an alligator, and a kangaroo. But pretending to be something he is not never works out. What if he just tried to be himself?

In the end, Willy is still a gorilla -- and that's something everyone can appreciate! Still a Gorilla! is a funny, wacky, rhyming picture book that teaches the importance of being yourself.
06

Give Me Back My Bones!
A silly pirate skeleton seeks to put its bones back together in this rhyming romp beneath the waves.

Cast a spyglass 'round here
while breakers curl and pound here.
There's treasure to be found here --
I feel it in my bones!

A stormy night at sea has uncovered some long-buried secrets and surprises. Is that the mast of a shipwreck? A faded pirate hat? And what's that hiding in the sand? A mandible and a clavicle, phalanges and femurs, a tibia and a fibula -- could there be a set of bones scattered across the ocean floor? And who might they belong to? A jaunty rhyme takes readers on an underwater scavenger hunt as a comical skeleton tries to put itself back together piece by piece. Make no bones about it: this rollicking read-aloud will have young ones learning anatomy without even realizing it.
07

Thunder Pug
“Navigating friendships and popularity can be difficult for youngsters; Percy is a shining example of empowerment.” —Kirkus
“This sweet and giggle-inducing story carries a great message about how acceptance of a friend’s new role and a little independence can strengthen a friendship.” —Booklist

What’s a superhero without a sidekick? This delightful follow-up to the popular Puddle Pug brings back that perfectly THUNDER-ful pug-and-pig pair: Percy and Petunia.

Percy the Pug and Petunia the pig are the very best of pals . . . until Petunia wins a blue ribbon at the county fair. Suddenly, she has no time for hide-and-seek or lapping puddles, cheek-to-cheek. But when Percy finds a faded comic book in a puddle, the lonely pug dons a cape and takes on a new persona: THUNDER PUG! Even though being a superhero is exciting, Percy knows he’s missing something. Only when “Pink Lightning” (aka Petunia) joins him, and the two are “side by sidekick” again, are they truly living the heroic life!
08

Come Next Season
A gorgeous picture book that celebrates the magic of the seasons and the joys of family.

Come next season . . .
The lake will sparkle.
The leaves will fall from the trees.
We'll play all day in the snow.
We'll visit the farm--and maybe make a friend.

Every season is full of its own magic, every change brings new excitement, and every experience is better when it's shared. With poetic text from bestselling author Kim Norman, brought to life by critically acclaimed illustrator Daniel Miyares, Come Next Season is a celebration of nature, adventure, and family--all year round.
09

This Old Van
This old van,
she passed one,
shining in the rising sun.

With a click clack rattle rack,
ready for some fun,
This old van says,
“Goodbye, one!”


Take a rollicking ride in This Old Van, a joyful take on the classic children's counting song. As the colorfully painted vintage vehicle, driven by a really cool pair of grandparents, rolls down the highway, it passes one train, two bulldozers, three tractors, and four semis, right up to ten muddy motorbikes. And along the way, luggage flies off, horns honk, and the hurrying van zigs and zags—till it arrives at its destination JUST IN TIME! You won't be able to resist singing every fun verse out loud.
10

The Bot That Scott Built
When Scott builds a bot, a bippity-bot, sparks fly . . . and his entire classroom goes wild. Before long, fiery ants and carnivorous plants, a freaky frog, a big-bellied boa, and an exploding "volcano" have wreaked total havoc. Can Scott's bot, which started it all, manage the mess? Cheers for the handy hero! A cumulative story with fun that grows and grows and GROWS.