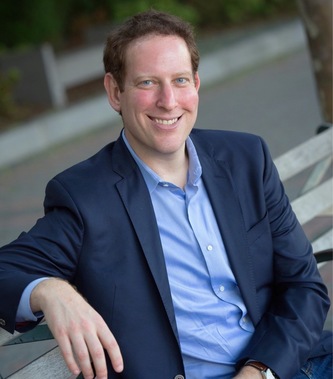 Jason Pinter is the bestselling author of HIDE AWAY, the first Rachel Marin novel, as well as six other novels: the acclaimed Henry Parker series (The Mark, The Guilty, The Stolen, The Fury, and The Darkness), the stand-alone thriller The Castle, as well as the middle-grade adventure novel Zeke Bartholomew: SuperSpy, and the children’s book Miracle. His books have over one million copies in print worldwide and have been optioned for film. He has been nominated for numerous awards, including the Thriller Award, Strand Critics Award, Barry Award, and Shamus Award, and more

Pinter is the founder of Polis Books, an independent press, and was honored by Publishers Weekly’s Star Watch, which “recognizes young publishing professionals who have distinguished themselves as future leaders of the industry.” He has written for the New Republic, Entrepreneur, the Daily Beast, Esquire, and more. He lives in Hoboken, New Jersey, with his wife and their two daughters. Visit him at www.JasonPinter.com, and follow him on Twitter and Instagram @JasonPinter.

From the bestselling author of the Henry Parker series comes a page-turning thriller about a vigilante who’s desperate to protect her secrets—and bring a killer to justice.

On the surface, Rachel Marin is an ordinary single mother; on the inside, she’s a fierce, brilliant vigilante. After an unspeakable crime shatters her life, she changes her identity and moves to a small town in Illinois, hoping to spare her children from further trauma…or worse. But crime follows her everywhere.

When the former mayor winds up dead, Rachel can’t help but get involved. Where local detectives see suicide, she sees murder. They resent her for butting in—especially since she’s always one step ahead. But her investigative genius may be her undoing: the deeper she digs, the harder it is to keep her own secrets buried.

Her persistence makes her the target of both the cops and a killer. Meanwhile, the terrifying truth about her past threatens to come to light, and Rachel learns the hard way that she can’t trust anyone. Surrounded by danger, she must keep her steely resolve, protect her family, and stay one step ahead, or else she may become the next victim.

The Mark (Henry Parker #1)
Right as I'm about to die, I realize all the myths are fake. There's no white light at the end of a tunnel. My life isn't flashing before my eyes.

All I can think about is how much I want to live.

I moved to New York City a month ago to become the best journalist the world had ever seen. To find the greatest stories never told. And now here I am Henry Parker, twenty-four years old and weary beyond rational thought, a bullet one trigger pull from ending my life.

I can't run. Running is all Amanda and I have done for the past seventy-two hours. And I'm tired. Tired of knowing the truth and not being able to tell it.

Five minutes ago I thought I had the story all figured out.

I knew that both of these men one an FBI agent, the other an assassin wanted me dead, but for very different reasons.

If I die tonight more people will die tomorrow.
03

The Stolen (Henry Parker #3)
Five years ago the boy vanished without a trace. Today he came back.

Five years after he disappeared, young Daniel Linwood returned to his suburban home for dinner as though he'd never left. It's a blessing for both his family and their community. And I've snagged the exclusive interview.

But it turns out Daniel is just one of a string of abducted children who have mysteriously returned to their families with no memory of their lost years. Some people want me to leave it be. Some want me to simply let the healing process begin. But these wounds are deeper than anyone realizes.

To get the story on these bizarre kidnappings, I need the help of the one woman who owes me nothing. I've got to find answers before another life is snatched away from sight and time and memory. But doing so means we could be the next ones to go.…
04

The Fury (Henry Parker #4)
Am I my brother's keeper?If I'd known I had a brother, I might have been. But he's dead--shot point-blank in a rat-hole apartment, wasted by hunger and heroin. Stephen Gaines, a man with whom I shared nothing...except a father.

For some reason this stranger who shared my blood came to me for help...and I blew him off thinking he was just some junkie. Now I'm forced to question everything I ever knew...and figure out why this man was murdered in cold blood.

All I can do for Stephen Gaines now is find his killer--and with the help of Amanda Davies uncover the whole, hard truth. If it means tracking down a vicious drug kingpin--who may or may not exist--then so be it....
07

The Hunters (Henry Parker #4.5)
A Henry Parker novella that is about 40 to 50 pages long. It takes place one night between The Fury and The Darkness.

After one of the most harrowing weeks of Henry Parker’s life, night has finally come. Settled in with Amanda Davies, he sleeps before preparing to chase a story alongside his mentor, Jack O’Donnell.

Meanwhile Jack sits on the other side of town, fresh out of rehab, hoping to salvage a once-great career derailed by public humiliation. This is Jack’s last chance to leave his mark.

Elsewhere in the city, two killers are on the move. They are brutal, calculating, and after tonight their decade’s long plan will come to fruition. But before the morning comes they have a few stops to make...

Zeke Bartholomew: Superspy!
It all started on a day like any other.
(Now I gotta deal with this guy)
The sun rose. I had waffles for breakfast. I caught my dad SCRATCHING HIS BUTT. It
was a rerun of pretty much every day of my life. But late that night, EVERYTHING CHANGED...
One minute I'm digging through my neighbor's garbage looking for clues (long story), and the next minute I'm KIDNAPPED BY GOONS and MISTAKEN FOR A SPY.
(Not to mention this guy)
You might think everything I'm about to tell you is a big lie. But I promise you that THIS IS ALL
TRUE. This is how the fate of the world fell into the hands of an UNIMPORTANT DORKY KID FROM NOWHERESVILLE.