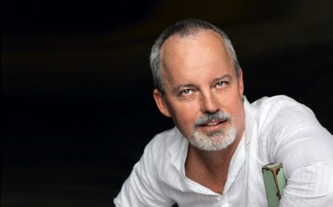 Two-times Gold Dagger winner and twice Edgar finalist, Michael Robotham was born in Australia in November 1960 and grew up in small country towns that had more dogs than people and more flies than dogs. He escaped in 1979 and became a cadet journalist on an afternoon newspaper in Sydney.

For the next fourteen years he worked for newspapers in Australia, Europe, Africa and America. As a senior feature writer for the UK’s Mail on Sunday he was among the first people to view the letters and diaries of Czar Nicholas II and his wife Empress Alexandra, unearthed in the Moscow State Archives in 1991. He also gained access to Stalin’s Hitler files, which had been missing for nearly fifty years until a cleaner stumbled upon a cardboard box that had been misplaced and misfiled.

In 1993 he quit journalism to become a ghostwriter, collaborating with politicians, pop stars, psychologists, adventurers and showbusiness personalities to write their autobiographies. Twelve of these non-fiction titles have been bestsellers with combined sales of more than 2 million copies.

His first novel 'THE SUSPECT', a psychological thriller, was chosen by the world’s largest consortium of book clubs as only the fifth “International Book of the Month”, making it the top recommendation to 28 million book club members in fifteen countries.

Since then, Michael's haunting psychological thrillers have been translated into twenty-five languages and his Joe O'Loughlin series is are currently in development for TV by World Productions. A six-part TV series based upon his standalone novel THE SECRETS SHE KEEPS was aired on BBC1 in 2020.

Michael lives in Sydney with his wife and a diminishing number of dependent daughters.

The Secrets She Keeps

In the bestselling tradition of The Girl on the Train and In a Dark, Dark Wood, from the internationally bestselling author whom Stephen King called “an absolute master” of the psychological thriller, comes a riveting suspense novel about the unlikely friendship between two pregnant women that asks: how far would you go to create the perfect family?

Agatha is pregnant and works part-time stocking shelves at a grocery store in a ritzy London suburb, counting down the days until her baby is due. As the hours of her shifts creep by in increasing discomfort, the one thing she looks forward to at work is catching a glimpse of Meghan, the effortlessly chic customer whose elegant lifestyle dazzles her. Meghan has it all: two perfect children, a handsome husband, a happy marriage, a stylish group of friends, and she writes perfectly droll confessional posts on her popular parenting blog—posts that Agatha reads with devotion each night as she waits for her absent boyfriend, the father of her baby, to maybe return her calls.

When Agatha learns that Meghan is pregnant again, and that their due dates fall within the same month, she finally musters up the courage to speak to her, thrilled that they now have the ordeal of childbearing in common. Little does Meghan know that the mundane exchange she has with a grocery store employee during a hurried afternoon shopping trip is about to change the course of her not-so-perfect life forever…

With its brilliant rendering of the secrets some women hold close and a shocking act that cannot be undone, The Secrets She Keeps delivers a dark and twisted page-turner that is absolutely impossible to put down.
02

A girl is discovered hiding in a secret room in the aftermath of a terrible crime. Half-starved and filthy, she won’t tell anyone her name, or her age, or where she came from. Maybe she is twelve, maybe fifteen. She doesn’t appear in any missing persons file, and her DNA can’t be matched to an identity.

Six years later, still unidentified, she is living in a secure children’s home with a new name, Evie Cormac. When she initiates a court case demanding the right to be released as an adult, forensic psychologist Cyrus Haven must determine if Evie is ready to go free. But she is unlike anyone he’s ever met—fascinating and dangerous in equal measure. Evie knows when someone is lying, and no one around her is telling the truth.

Meanwhile, Cyrus is called in to investigate the shocking murder of a high school figure-skating champion, Jodie Sheehan, who dies on a lonely footpath close to her home. Pretty and popular, Jodie is portrayed by everyone as the ultimate girl-next-door, but as Cyrus peels back the layers, a secret life emerges—one that Evie Cormac, the girl with no past, knows something about. A man haunted by his own tragic history, Cyrus is caught between the two cases—one girl who needs saving and another who needs justice. What price will he pay for the truth?

At forty-two, psychiatrist Joe O'Loughlin seems to have it all: a thriving practice, a beautiful wife, an adoring daughter. But Joe's snug, happy world is crumbling. Recently diagnosed with Parkinson's disease, he's dreading the inevitable and all too palpable deterioration of his body and mind. Then, when the police ask for his help in solving the brutal murder of a woman they assume is a prostitute, he's horrified to recognize the victim as a nurse he once worked with, and with whom he had a bit of a past. As Joe begins to suspect that one of his patients may be responsible, the police zero in on him.

Say You're Sorry (Joseph O'Loughlin #6)
TWO MISSING GIRLS. TWO BRUTAL MURDERS. ALL CONNECTED TO ONE FARM HOUSE. WHO IS TO BLAME?

When pretty and popular teenagers Piper Hadley and Tash McBain disappear one Sunday morning, the investigation captivates a nation but the girls are never found.

Three years later, during the worst blizzard in a century, a husband and wife are brutally killed in the farmhouse where Tash McBain once lived. A suspect is in custody, a troubled young man who can hear voices and claims that he saw a girl that night being chased by a snowman.

Convinced that Piper or Tash might still be alive, clinical psychologist Joe O'Loughlin and ex-cop Vincent Ruiz, persuade the police to re-open the investigation. But they are racing against time to save the girls from someone with an evil, calculating and twisted mind...
05

Shatter (Joseph O'Loughlin, #3)
Joe O'Loughlin is on familiar territory—standing on a bridge high above a flooded gorge, trying to stop a distraught woman from jumping. She is naked, wearing only high-heel shoes, sobbing into a cell phone. Suddenly, she turns to him and whispers, “You don’t understand,” and lets go. Joe is shattered by the suicide and haunted by his failure to save the woman, until her teenage daughter finds him and reveals that her mother would never have committed suicide—not like that. She was terrified of heights. Compelled to investigate, Joe is soon obsessed with discovering who was on the other end of the phone. What could have driven her to commit such a desperate act? Whose voice? What evil?

Having devoted his career to repairing damaged minds, Joe must now confront an adversary who tears them apart: a man who searches for the cracks in a person’s psyche and claws his fingers inside, destroying what makes them whole.
06

The Other Wife (Joseph O'Loughlin, #9)

Childhood sweethearts William and Mary have been married for sixty years. William is a celebrated surgeon, Mary a devoted wife. Both have a strong sense of right and wrong.

This is what their son, Joe O'Loughlin, has always believed. But when Joe is summoned to the hospital with news that his father has been brutally attacked, his world is turned upside down. Who is the strange woman crying at William's bedside, covered in his blood - a friend, a mistress, a fantasist or a killer?

Against the advice of the police, Joe launches his own investigation. As he learns more, he discovers sides to his father he never knew - and is forcibly reminded that the truth comes at a price.

A mesmerising psychological thriller from one of the greatest crime writers of today, Michael Robotham, the international bestselling author of THE SECRETS SHE KEEPS.

Life or Death
Why would a man serving a long prison sentence escape the day before he's due to be released?

Audie Palmer has spent ten years in a Texas prison after pleading guilty to a robbery in which four people died and seven million dollars went missing. During that time he has suffered repeated beatings, stabbings and threats by inmates and guards, all desperate to answer the same question: where's the money?

On the day before Audie is due to be released, he suddenly vanishes. Now everybody is searching for him - the police, FBI, gangsters and other powerful figures - but Audie isn't running to save his own life. Instead, he's trying to save someone else's.

Michael Robotham has created the ultimate underdog hero, an honorable criminal shrouded in mystery and ready to lead readers on a remarkable chase.
08

Bleed for Me (Joseph O'Loughlin #4)
She's standing at the front door. Covered in blood. Is she the victim of a crime? Or the perpetrator?

A teenage girl -- Sienna, a troubled friend of his daughter -- comes to Joe O'Loughlin's door one night. She is terrorized, incoherent, and covered in blood.

The police find Sienna's father, a celebrated former cop, murdered in the home he shared with Sienna. Tests confirm that it's his blood on Sienna. She says she remembers nothing.

Joe O'Loughlin is a psychologist with troubles of his own. His marriage is coming to an end and his daughter will barely speak to him. He tries to help Sienna, hoping that if he succeeds it will win back his daughter's affection. But Sienna is unreachable, unable to mourn her father's death or to explain it.

His newest thriller is further evidence that Michael Robotham is, as David Baldacci has said, "the real deal -- we only hope he will write faster."
09

A mother and her teenage daughter are found murdered in a remote farmhouse, one defiled by multiple stab wounds and the other posed like Sleeping Beauty waiting for her Prince. Joe O'Loughlin is drawn into the investigation when a former student, trading on Joe's reputation by calling himself the "Mindhunter," jeopardizes the police inquiry by leaking details to the media and stirring up public anger.

With no shortage of suspects and tempers beginning to fray, Joe discovers a link between these murders and a series of brutal attacks where the men and women are choked unconscious and the letter "A" is carved into their foreheads. As the case becomes ever more complex, nothing is quite what it seems and soon Joe's fate, and that of those closest to him, become intertwined with a merciless, unpredictable killer.
10

When She Was Good (Cyrus Haven, #2)
Criminal psychologist Cyrus Haven and Evie Cormac return in this new thriller from author Michael Robotham. Who is Evie, the girl with no past, running from? She was discovered hiding in a secret room in the aftermath of a terrible crime. Her ability to tell when someone is lying helped Cyrus crack an impenetrable case in Good Girl, Bad Girl. Now, the closer Cyrus gets to uncovering answers about Evie’s dark history, the more he exposes Evie to danger, giving her no choice but to run. Ultimately, both will have to decide if some secrets are better left buried and some monsters should never be named...