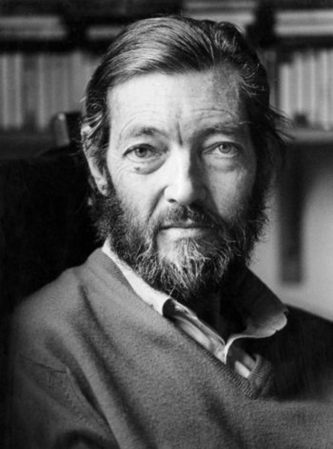 Julio Cortázar, born Julio Florencio Cortázar Descotte, was an Argentine author of novels and short stories. He influenced an entire generation of Latin American writers from Mexico to Argentina, and most of his best-known work was written in France, where he established himself in 1951.

Hopscotch
Horacio Oliveira is an Argentinian writer who lives in Paris with his mistress, La Maga, surrounded by a loose-knit circle of bohemian friends who call themselves "the Club." A child's death and La Maga's disappearance put an end to his life of empty pleasures and intellectual acrobatics, and prompt Oliveira to return to Buenos Aires, where he works by turns as a salesman, a keeper of a circus cat which can truly count, and an attendant in an insane asylum. Hopscotch is the dazzling, freewheeling account of Oliveira's astonishing adventures.

The book is highly influenced by Henry Miller’s reckless and relentless search for truth in post-decadent Paris and Daisetz Teitaro Suzuki’s modal teachings on Zen Buddhism.

Cortázar's employment of interior monologue, punning, slang, and his use of different languages is reminiscent of Modernist writers like Joyce, although his main influences were Surrealism and the French New Novel, as well as the "riffing" aesthetic of jazz and New Wave Cinema.

In 1966, Gregory Rabassa won the first National Book Award to recognize the work of a translator, for his English-language edition of Hopscotch. Julio Cortázar was so pleased with Rabassa's translation of Hopscotch that he recommended the translator to Gabriel García Márquez when García Márquez was looking for someone to translate his novel One Hundred Years of Solitude into English. "Rabassa's One Hundred Years of Solitude improved the original," according to García Márquez.
02

Bestiario
In these eight masterpieces there is no room for the smallest sign of stumbling or youthful undertones: they are perfect. These stories that speak about objects and daily happenings, pass over to another dimension, one of nightmare or revelation. In each text, surprise and uneasiness are ingredients added to the indescribable pleasure of its reading. These stories may upset readers due to a very rare characteristic in literature: They stare at us as if waiting for something in return. After reading these true classics, our opinion of the world cannot remain the same.

Cronopios and Famas
"The Instruction Manual," the first chapter, is an absurd assortment of tasks and items dissected in an instruction-manual format. "Unusual Occupations," the second chapter, describes the obsessions and predilections of the narrator's family, including the lodging of a tiger-just one tiger- "for the sole purpose of seeing the mechanism at work in all its complexity." Finally, the "Cronopios and Famas" section delightfully characterizes, in the words of Carlos Fuentes, "those enemies of pomposity, academic rigor mortis and cardboard celebrity-a band of literary Marx Brothers."
04

Blow-Up and Other Stories
A young girl spends her summer vacation in a country house where a tiger roams . . . A man reading a mystery finds out too late that he is the murderer's victim . . . In the fifteen stories collected here—including "Blow-Up," which was the basis for Michelangelo Antonioni's film of the same name—Julio Cortazar explores the boundary where the everyday meets the mysterious, perhaps even the terrible.

Axolotl
House taken over
Distances
Idol of the Cyclades
Letter to a young lady in Paris
Yellow flower
Continuity of parks
Night face up
Bestiary
Gates of heaven
Blow-up
End of the game
At your service
Pursuer
Secret weapons.
06

La autopista del sur y otros cuentos
A young girl spends her summer vacation in a country house where a tiger roams...A man reading a mystery finds out too late that he is the murderer's victim...In the stories collected here—including Blow-Up, on which Antonioni based his film—Julio Cortazar explores the boundary where the everyday meets the mysterious, perhaps even the terrible. This is the most brilliant and celebrated book of short stories by a master of the form.
09