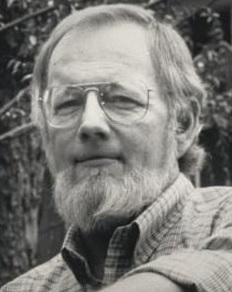 Donald Barthelme was born to two students at the University of Pennsylvania. The family moved to Texas two years later, where Barthelme's father would become a professor of architecture at the University of Houston, where Barthelme would later major in journalism. In 1951, still a student, he wrote his first articles for the Houston Post. Barthelme was drafted into the Korean War in 1953, arriving in Korea on July 27, the very day the cease-fire ending the war was signed. He served briefly as the editor of an Army newspaper before returning to the U.S. and his job at the Houston Post. Once back, he continued his studies at the University of Houston, studying philosophy. Although he continued to take classes until 1957, he never received a degree. He spent much of his free time in Houston’s “black” jazz clubs, listening to musical innovators such as Lionel Hampton and Peck Kelly, an experience which influenced his later writing.

Barthelme's relationship with his father was a struggle between a rebellious son and a demanding father. In later years they would have tremendous arguments about the kinds of literature in which Barthelme was interested and wrote. While in many ways his father was avant-garde in art and aesthetics, he did not approve of the post-modern and deconstruction schools. Barthelme's attitude toward his father is delineated in the novels The Dead Father and The King as he is pictured in the characters King Arthur and Lancelot. Barthelme's independence also shows in his moving away from the family's Roman Catholicism (his mother was especially devout), a separation that troubled Barthelme throughout his life as did the distance with his father. He seemed much closer to his mother and agreeable to her strictures.

Barthelme went on to teach for brief periods at Boston University, University at Buffalo, and the College of the City of New York, where he served as Distinguished Visiting Professor from 1974-75. He married four times. His second wife, Helen Barthelme, later wrote a biography entitled Donald Barthelme: The Genesis of a Cool Sound, published in 2001. With his third wife Birgit, a Dane, he had his first child, a daughter named Anne, and near the end of his life he married Marion, with whom he had his second daughter, Kate. Marion and Donald remained wed until his 1989 death from throat cancer. Donald Barthelme's brothers Frederick (1943 - ) and Steven (1947- ) are also respected fiction writers and teachers at The University of Southern Mississippi.

Sixty Stories
With these audacious and murderous witty stories, Donald Barthelme threw the preoccupation of our time into the literary equivalent of a Cuisinart and served up a gorgeous salad of American culture, high and low. Here are urban upheavals reimagined as frontier myth; travelogues through countries that might have been created by Kafka; cryptic dialogues that bore down to the bedrock of our longings, dreams, and angsts. Like all of Donald's work, the sixty stories collected in this volume are triumphs of language and perception, at once unsettling and irresistible.
02

Forty Stories
This collection of pithy, brilliantly acerbic pieces is a companion to Sixty Stories, Barthelme's earlier retrospective volume. Barthelme spotlights the idiosyncratic, haughty, sometimes downright ludicrous behavior of human beings, but it is style rather than content which takes precedence.
03

An American short story writer and novelist acclaimed for his playful, postmodern style of short fiction, Barthelme’s first novel, Snow White, is a countercultural, experimental reconstruction of the Disney version of the traditional fairytale.

In Barthelme’s modern day world, Snow White is a seductive woman waiting for her prince to return to New York. Pushing the bounds of fiction and form, Barthelme subverts the classic tale, prompting The New York Times to call him “a splendid practitioner at the peak of his power” and inspiring a new generation of authors including Charles Baxter, Dave Eggers, and David Gates.
04

The Dead Father
The Dead Father is a gargantuan half-dead, half-alive, part mechanical, wise, vain, powerful being who still has hopes for himself--even while he is being dragged by means of a cable toward a mysterious goal. In this extraordinary novel, marked by the imaginative use of language that influenced a generation of fiction writers, Donald Barthelme offered a glimpse into his fictional universe. As Donald Antrim writes in his introduction, "Reading The Dead Father, one has the sense that its author enjoys an almost complete artistic freedom . . . a permission to reshape, misrepresent, or even ignore the world as we find it . . . Laughing along with its author, we escape anxiety and feel alive."
05

The King
In The King, a retelling of Le Morte D'Arthur, Donald Barthelme moves the chivalrous Knights of the Round Table to the cruelty of the Second World War. Dunkirk has fallen, Europe is at the breaking point, Ezra Pound and Lord Haw-Haw are poisoning the radio waves, Mordred has fled to Nazi Germany, and King Arthur and his worshipful Knights are deep in the fighting. When the Holy Grail presents itself--which is, in this version, the atomic bomb, "a superweapon if you will, with which we can chastise and thwart the enemy"--they must decide whether to hew to their knightly ways or adopt a modern ruthlessness. Barthelme makes brilliant comic use of anachronism to show that war is center stage in the theater of human absurdity and cruelty. But Arthur, in deciding to decline the power of the Grail, announces his unwillingness to go along: "It's not the way we wage war. The essence of our calling is right behavior, and this false Grail is not a knightly weapon."
06

The School
When I knew him, Barthelme was in his early forties. He died in 1989, at the age of 58. “The School,” which appeared first in the 1976 collection, Amateurs, is one of Barthelme’s more accessible stories. To describe it is to sound ridiculous: a very funny story about death and the negation of meaning, and the only story ever written, by anyone, in which a resurrected gerbil is the bringer of hope. - Steven Polansky, Author of Dating Miss Universe: Nine Stories

About the Author: Donald Barthelme published seventeen books, including four novels and a prize-winning children's book. He was a longtime contributor to The New Yorker, winner of the National Book Award, a director of PEN and the Authors Guild, and a member of the American Academy and Institute of Arts and Letters. He died in July of 1989.

About the Guest Editor: Steven Polansky was born in New York City. He was educated at Wesleyan, Hollins, and Princeton. He has taught at St. Olaf College, Macalester, and the University of Minnesota. His short fiction has appeared in The New Yorker, Harper’s, Glimmer Train, Best American Short Stories, New England Review, and Minnesota Monthly. He has published two books: The Bradbury Report, a novel, and a book of short stories, Dating Miss Universe, which won the Sandstone Prize and the Minnesota Book Award. He has a wife, two sons, and a daughter. He lives in Wisconsin.

About the Publisher: Electric Literature is an independent publisher amplifying the power of storytelling through digital innovation. Electric Literature’s weekly fiction magazine, Recommended Reading, invites established authors, indie presses, and literary magazines to recommended great fiction. Once a month we feature our own recommendation of original, previously unpublished fiction.
07

Come Back, Dr. Caligari
In 1964, Barthelme collected his early stories in Come Back, Dr. Caligari, for which he received considerable critical acclaim as an innovator of the short story form. His style (fictional and popular figures in absurd situations, e.g., the Batman-inspired "The Joker's Greatest Triumph"), spawned a number of imitators and would help to define the next several decades of short fiction.
08

Paradise
Simon, a middle-aged architect separated from his wife, is given the chance to live out a stereotypical male fantasy: freed from the travails of married life, he ends up living with three nubile lingerie models who use him as a sexual object.

Set in the 1980s, there's a further tension between Simon's desire to exploit this stereotypical fantasy and his (as well as the author's) desire to treat the women as human beings, despite the women's claims that Simon can't distinguish between their personalities.

Employing a variety of forms, Barthelme gracefully plays with this setup, creating a story that's not just funny—although it's definitely that—but actually quite melancholy, as Simon knows that the women's departure is inevitable, that this "paradise" will come to an end, and that he'll be left with only an empty house, booze, and regrets about chances not taken.
10

Not-Knowing: The Essays and Interviews of Donald Barthelme
When Donald Barthelme died at the age of 58, he was perhaps the most imitated (if not emulated) practitioner of American literature. Caustic, slyly observant, transgressive, verbally scintillating, Barthelme's essays, stories, and novels redefined a generation of American letters and remain unparalleled for the way they capture our national pastimes and obsessions, but most of all for the way they caputure the strangeness of life.
Not-Knowing amounts to the posthumous manifesto of one of our premier literary modernists. Here are Barthelme's thoughts on writing (his own and others); his observations on art, architecture, film, and city life; interviews, including two never previously published; and meditations on everything from Superman III to the art of rendering "Melancholy Baby" on jazz banjolele. This is a rich and eclectic selection of work by the man Robert Coover has called "one of the great citizens of contemporary world letters."