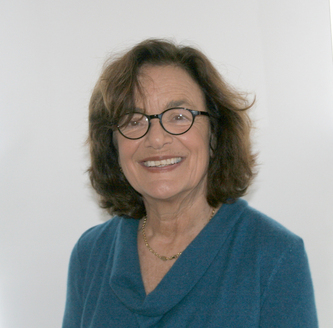 I was born in the Tule Lake Japanese American High Security camp in Northern California during WWII to Caucasian parents who had gone there to work to try to make a terrible situation tolerable for the people incarcerated there.

In 1963, I answered President Kennedy's call to "ask not what you country can do for you, but ask what you can do for your country." The very day I entered the Peace Corps was the day he was assassinated. I spent two years in Guayaquil, Ecuador living and working in an urban barrio. When I returned to the United States I worked as a community organizer in Spanish Harlem in New York City. I later produced rock and folk concerts and city-wide festivals, and served as the Program Director of WBAI-FM an alternative radio station in New York City.

In the 1980s, I began to write and published many short stories, essays, and poems in literary magazines, anthologies, and commercial venues. And in 1994, I published my first novel, GREEN FIRES, set in the rain forest of Ecuador, which drew on some of my Peace Corps experience, as well as documented the first incursions of oil companies into the region.

My second novel, THE CLIMATE OF THE COUNTRY, is set in the Tule Lake Camp and is loosely based on my parents' experiences working there.

MY MOTHER'S ISLAND, my third book, takes place in a small working class community in Puerto Rico. Though a novel, it closely follows the real story of my mother's death there and how the neighbors came in to help me help her to die.

I've been fortunate in that my novels have garnered many awards and notices. Anyone interested in learning more can go to my website at marniemueller.com.

I'm currently working on a non-fiction book about my relationship with a Japanese American showgirl who was interned in Minidoka Camp in Idaho during World War II.

I live on the Upper West Side of Manhattan in New York City with my husband, Fritz Mueller.

Marnie Mueller is the author of books: Green Fires: Assault on Eden: A Novel of the Ecuadorian Rainforest, My Mother's Island, The Climate of the Country, I Am Becoming The Woman I've Wanted

Green Fires: Assault on Eden: A Novel of the Ecuadorian Rainforest
Green Fires is the story of Annie Saunders, a disillusioned Kennedy-era Peace Corps volunteer, returning to Ecuador, hoping to come to terms with her traumatic experiences there. What she finds instead is a menacing and mysterious trail which she determinedly follows—ever deeper into the jungle—uncovering a sinister secret of international dimensions.
02

My Mother's Island
In Marnie Mueller's My Mother's Island, Sarah Ellis must tend to her dying mother, Reba. This moving story of subterranean conflict between a mother and her only child explores the tension between duty and commitment—how to honor one's parents even when one feels damaged by them. With sorrow, rage, empathy, and touches of humor, the story reaches its irrevocable conclusion in a death scene where Sarah is shocked to find a simple truth that has always evaded her.This novel is played out against the lush ambiance of the Caribbean and the embracing involvement of the people of the working class Puerto Rican community where Sarah's parents settled twenty years earlier. Sarah, who has always taken care of her mother's needs, has steeled herself to single-handedly provide support to her dying mother, but gradually allows other to help her—Lydia Rentas, the girlfriend of a local heroin user and the foster mother of a child whose own mother has AIDS; Estela, a neighbor across the street, whose carport is overflowing with orchids; Inez, whose four-year-old daughter has become the granddaughter Sarah has never provided her mother; Pearl, a former sports writer who is Reba's bridge partner; and Dr. Gold, a New Yorker who thirty years earlier married a Puerto Rican and has taken on Latino attitudes toward the process of dying. With their support, Sarah comes to terms with her mother and with her own past.
03

The Climate of the Country
This new novel by award-winning author Marnie Mueller tells the tragic and dramatic story of Tule Lake Japanese American Segregation Camp during World War II. It is narrated from the unique insider view of Denton Jordan, a conscientious objector, and his wife Esther, who are both living and working in the camp.

In this gripping tale of the disintegration of loyalty, love, and friendship, we experience a disturbing piece of American history. Violence erupts when Camp Director Ted Andross imposes repressive and culturally insensitive measures against the Japanese American detainees. Already imprisoned Issei are asked to renounce the Emperor - their God - in order to prove their loyalty to the United States. Their children, even though they are U.S. citizens, are forced to make the agonizing choice between family and country. The crisis pits Andross against his staff, husband against wife, and friend against friend. In the midst of this tension, Denton, a pacifist during a time when being a man meant "shouldering a gun for America," is struggling to save his disintegrating marriage with Esther, the daughter of Jewish intellectuals working to get Jews out of Europe.

The novel explores the difficulty of living up to one's own principles and the psychological impact of trauma on personal relationships - dramatizing how intense pressure can lead to anger, self-doubt, infidelity and murder.
04