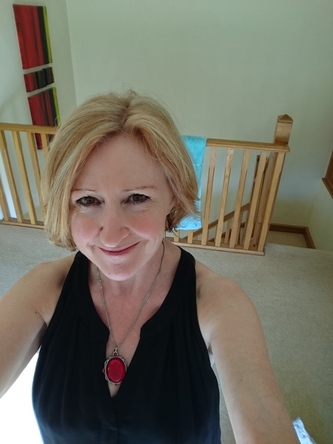 Colette Caddle is the author of books: Second Time Around, The Secrets We Keep, Every Time We Say Goodbye, First We Take Manhattan, Always on my mind, It's All About Him, Too Little, Too Late, From This Moment On, Changing Places, Between the Sheets

The Secrets We Keep
Four years ago Erin Joyce left Dublin under a cloud and bought a guesthouse in the remote, beautiful village of Dunbarra. The Gatehouse attracts a strange clutch of guests who, once ensconced, never want to leave. There's Hazel, a shy artist, and her sweet, silent daughter Gracie. Sandra, a brash American, wants to know everything about everyone. Then there's wise old easy-going PJ, who's seemingly part of the furniture. But Erin's fragile happiness is thrown off-balance by the arrival of A-list Hollywood actor Sebastian Grey. Erin finds herself drawn to this handsome enigmatic man, who used to walk with a swagger but now prowls the country lanes with haunted eyes. What trauma could have brought about this devastating change? Sebastian isn't the only one in the Gatehouse with a secret. Why is Hazel cast so adrift? Where does PJ go each week without fail, and what really brought Sandra to Dunbarra? As Erin finds herself embroiled in her guests' secrets she starts to ask herself: will she be ready to reveal her own?
03

Every Time We Say Goodbye
Marianne has worked hard to get where she is today. Brought up in care, she's always been determined to make sure her children have what she so badly craved: a secure and loving home. But then comes the news that will change everything: her husband, Dominic, has been found dead.
04

First We Take Manhattan
Identical twins, Sinéad and Sheila Fields, have always done everything together and so, after graduating in millinery, they decide to open their own hat shop. It's a small business but thanks to hard work and talent, they build up a loyal clientele. Then one day a glamorous young actress buys one of their hats, wears it to the Baftas and suddenly success seems guaranteed.

But within weeks, tragedy strikes when Sheila disappears, and is presumed dead. After months of desolation, Sinéad is just beginning to come to terms with her loss when she is given new hope: there has been a sighting of her sister. While she is filled with excitement at the thought that Sheila might be alive, she is haunted by questions. Why would Sheila have deserted her twin without a word? After all, they had always told each other everything … hadn't they?
A compelling, emotional story from number one bestseller Colette Caddle.
'Caddle can whip up a tremendous love story' Irish Independent
'If you like Marian Keyes, you'll love Colette Caddle' Company
05

Always on my mind
Old flames, new temptations ...With only a few weeks to go until her Dublin wedding, Molly Jackson is happily anticipating married life with Declan, her boyfriend of four years. Her sister Laura has all the arrangements firmly in hand, from the designer dresses to the prestigious venue; and if Molly would have been happier with something a little more low-key, she can hardly complain. She's got everything she ever wanted: her perfect job, as an agony aunt for online magazine Teenage Kix; Declan, the love of her life; and, in Belle, Oliver, Rory and Laura, a loving and warm, if slightly eccentric family. Then Declan drops his bombshell: he has to go abroad, on business. The wedding must be postponed. Hurt, and reeling from the shock, Molly is seeing Declan off at the airport when she bumps into Luke Fortune. Luke, her childhood sweetheart, left the country when they were both eighteen. It's been almost twelve years, and Molly thought she had moved on. But, seeing Luke again, she realises that she has a window of opportunity, while Declan is away, to put a few of the ghosts in her past to rest.
06

It's All About Him
Following the premature death of her parents, 19-year-old Dee Hewson puts her college plans on hold to go travelling with her boyfriend, Neil. All goes well until they reach Las Vegas, where Neil develops a dangerous addiction to gambling. After two years of their rootless, nomadic existence, Dee awakes to find Neil gone, along with her credit cards, the diamond ring he'd bought her in San Francisco and her father's watch. Devastated, Dee returns to the family home in Dublin to pick up the pieces of her old life. Still in shock at what happened, the discovery that she's also pregnant is the icing on the cake. But baby Sam turns out to be the one positive thing to come out of Dee's relationship with Neil. After trying and failing at a number of part-time jobs, Dee discovers a talent for cooking and eventually sets up her own catering business, finally daring to find love again with the steadfast Conor Fitzgerald. But the publicity generated by her success has an unwelcome side-effect: the return of the feckless Neil. Amazed and delighted to discover he's a father, Neil wants to be a part of Sam's life. Dee feels she has no choice but to agree. Surely having his dad in his life can only be a good thing for Sam. Or can it?
07

Too Little, Too Late
Stephanie West loves her job as manager of a successful restaurant, but is treated appallingly by the self-obsessed owner and head chef. So when an opportunity arises to buy him out, she jumps at it. Then her boyfriend Sean lands a huge contract with a software company in Arizona and wants her to go with him. Torn between him and her career, Stephanie struggles to come to terms with a tragedy in her past which has left her terrified of becoming dependent on any one. Will she come to realise where her happiness lies? And if she does, will it be too little, too late?
08

From This Moment On
Lynn Stephens' life has been tough recently, thanks to Vincent Boland, the manager at the four-star hotel where she works. But, after standing up to him, she is delighted when she is vindicated.

Lynn loved her job and she was good at it and now, with the support and love of her partner, parents and friends, she can put this terrible time behind her and find a job in another hotel.

But the consequences of Vincent's actions are more far-reaching than Lynn knows and the after-effects are still being felt throughout the small town. The Boland family is powerful and influential and it's not long before Lynn realizes that this man still has the capacity to destroy her and all she holds dear.
09

Changing Places
Anna Gallagher and Liam Harrison are happily married, have successful careers and when Liam's promotion comes through, they plan to start a family. That's until something happens to turn their world upside down.
Anna's sister, Rachel is married to Gary, is a stay-at-home mum to Alex and is expecting her second child. Everyone is delighted with the news except Rachel. The truth is she is horrified at the thought of becoming a mum again.
Jill is the girls' cousin and best friend and knows exactly what makes them both tick. Unfortunately, she can't seem to help them understand each other.
The Gallagher Girls have hard times ahead but when the going gets tough, will blood really prove thicker than water?
10

Between the Sheets
Dana De Lacey, bestselling romance novelist, has the world at her feet. The words on the page flow easily and a new book deal beckons. But Dana's self-confidence and success depend on one person: her gorgeous husband, Gus. When Gus leaves her, she is devastated. The words fail to come. The alcohol flows too freely. She cannot sleep. When her estranged brother, Ed, arrives out of the blue, memories which she had buried begin to surface, which inspire Dana at last to write from the heart. Which Dana was it that Gus walked out on - the glamorous party girl, whose romantic novels always have a happy ending? Or someone with a different name, whose life tells a very different story?