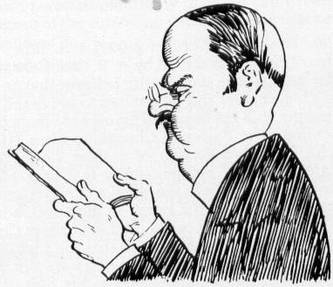 Cox was born in Watford and was educated at Sherborne School and University College London.

He served in the Army in World War I and thereafter worked as a journalist, contributing s series of humourous sketches to the magazine 'Punch'. These were later published collectively (1925) under the Anthony Berkeley pseudonym as 'Jugged Journalism' and the book was followed by a series of minor comic novels such as 'Brenda Entertains' (1925), 'The Family Witch' (1925) and 'The Professor on Paws' (1926).

It was also in 1925 when he published, anonymously to begin with, his first detective novel, 'The Layton Court Mystery', which was apparently written for the amusement of himself and his father, who was a big fan of the mystery genre. Later editions of the book had the author as Anthony Berkeley.

He discovered that the financial rewards were far better for detective fiction so he concentrated his efforts on that genre for the following 14 years, using mainly the Anthony Berkeley pseudonym but also writing four novels and three collections of short stories as Francis Isles and one novel as A Monmouth Platts.

In 1928 he founded the famous Detection Club in London and became its first honorary secretary.

In the mid-1930s he began reviewing novels, both mystery and non-mystery, for 'The Daily Telegraph' under the Francis Isles pseudonym, which he had first used for 'Malice Aforethought' in 1931.

In 1939 he gave up writing detective fiction for no apparent reason although it has been suggested that he came into a large inheritance at the time or that his alleged remark, 'When I find something that pays better than detective stories I shall write that' had some relevance. However, he produced nothing significant after he finished writing with 'Death in the House' (Berkeley) and 'As for the Woman' (Isles) in 1939.

He did, however, continue to review books for such as 'John O'London's Weekly', 'The Sunday Times', 'The Daily Telegraph' and, from the mid-1950s to 1970, 'The Guardian'. In addition he produced 'O England!', a study of social conditions and politics in 1934.

He and his wife lived in an old house in St John's Wood, London, and he had an office in The Strand where he was listed as one of the two directors of A B Cox Ltd, a company whose business was unspecified!

Alfred Hitchcock adapted the Francis Isles' title 'Before the Fact' for his film 'Suspicion' in 1941 and in the same year Cox supplied a script for another film 'Flight from Destiny', which was produced by Warner Brothers.

His most enduring character is Roger Sheringham who featured in 10 Anthony Berkeley novels and two posthumous collections of short stories.

Malice Aforethought
On a balmy summer's day in 1930 the great and the good of the county are out in force for the annual, much-anticipated tennis party at the Bickleighs, although not everyone has much enthusiasm for the game. The tennis party exists for other reasons - and charmingly mannered infidelity is now the most popular pastime in the small but exclusive Devonshire hamlet of Wyvern's Cross. Which is why, in his own garden, the host, Dr Edmund Bickleigh, is desperately fighting to conceal the two things on his mind: a mounting passion for Gwynfryd Rattery - and the certain conviction that he is going to kill his wife ...
02

Before the Fact
Lina McLaidlaw waits until she is 30 before accepting a marriage proposal from the feckless and irresponsible Johnnie Aysgarth. As head of a fine household and guardian of both the morals and finances of the man she chose to marry, she finds her husband was, and perhaps still is, a killer.
03

More Anatomy of Murder
Britain's leading armchair detectives are back with more spine-tingling mysteries, as Dorothy L. Sayers and The Detection Club re-create some of the century's most perplexing--and astonishingly true--crimes using actual evidence uncovered by the police. Features the works of Dorothy L. Sayers, Francis Iles, and Freeman Willis Crofts.
09

Three Famous Murder Novels
One novel each, unabridged, by each of the three authors, with introduction and compilation by Bennett Cerf, includes:
Before The Fact, Francis Iles
Trent's Last Case, E. C. Bentley
The House of the Arrow, A. E. W. Mason.
10