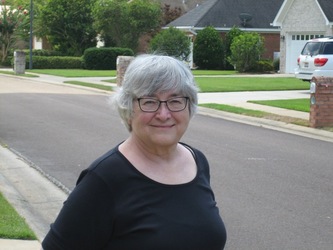 Murder at Harbor Village (Cleo Mack #1)
Young retiree Cleo Mack is trading in academia for a second act in Harbor Village, a community for active seniors in coastal Alabama. But someone in this picture-perfect coastal town is burning the candle at both ends . . .

It’s love at first sight when Cleo arrives in Fairhope, Alabama, after taking early retirement from her longtime position as professor of social work. Touted as “the nicest town in the world,” Fairhope is home to an eclectic community of retirees. Harbor Village boasts classes in painting, pottery, and photography, not to mention being a buyer’s market for husbands. It seems an ideal place to make new friends and rediscover life. Until a dead body is found in the pool.

When the victim turns out to be the unpopular director of senior living, Cleo is named acting director. Now she must rely on her well-honed people skills to uncover a killer in a place where short-term memory isn’t what it used to be, and age is just a number. And if Cleo keeps snooping around, her number may soon be up . . .
02

Murder at Royale Court (Cleo Mack #2)
Harbor Village is a vivacious retirement paradise known for its beachy locale and active senior scene. But ever since murder moved in, the idyllic coastal community is becoming a little less lively . . .

With the first annual antique car show cruising into the tranquil bayside oasis of Fairhope, Alabama, there are bumpy roads ahead for Harbor Village director Cleo Mack. As an automobile-themed lecture series gets off to a rough start, she finds herself balancing one too many responsibilities—and dodging advances from a shady event sponsor. It’s enough to make Cleo feel twice her age. But the festivities reach a real dead end when she discovers a body at the Royale Court shopping center . . .

When an innocent man lands in the hot seat for murder, Harbor Village residents look to Cleo to crack the case. Aided by an eclectic group of energetic seniors, Cleo races to identify the true culprit from a growing list of harmless Sunday drivers—before a killer revs up for another hit and run!
03

Murder at the Arts and Crafts Festival (Cleo Mack #3)
It’s late March in Fairhope, Alabama, and artists from around the country are flocking to the bayside town’s Arts & Crafts Festival. The annual tradition has something for everyone, only this year, the main attraction is murder . . .

Cleo Mack’s life has been a whirlwind since she inadvertely became the executive director of Harbor Village, a retirement community bustling with energetic seniors. Juggling apartment sales, quirky residents, and a fast-moving romance is tricky business. But on-the-job stress develops a new meaning when Twinkle Thaw, a portrait artist known to ruffle a few feathers, arrives unannounced for the weekend’s festival and drops dead hours later—mysteriously poisoned . . .

Twinkle’s bizarre death doesn’t seem like an accident. Not with a sketchy newcomer slinking around town and a gallery of suspects who may have wanted her out of the picture for good. As Cleo brushes with the truth, she soon finds that solving the crime could mean connecting the dots between a decades-old art heist and an unpredictable killer who refuses to color inside the lines . . .