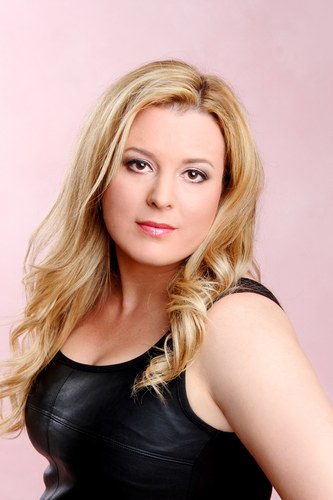 R.C. Stephens is a top 100 Amazon bestselling author. She has written ten romance novels and plans to continue to write many more.

When she isn't in her writing cave she is raising three lovely children with her adoring husband.

Her books are filled with humor, heartbreak, emotion and true love.

Born and raised in Toronto, she loves the winter, but Spring and Fall are her favorite seasons.

Keep up with R.C. by signing up to her newsletter-http://rcstephens.com/newsletter/

Halo
I fell in love with Thomas Wells and knew he was my forever.
I was sixteen when I gave him my heart.
Our love was the kind to last a lifetime.

But Thomas was broken.
The first day we met he told me he was going to become a Navy SEAL.
At nineteen he enlisted.
At twenty he married me.
At twenty five he left me pregnant and didn't turn back.
I knew he was suffering….
I also knew I couldn't save him.
He left me broken.
I was scared and alone.
Until I met Ryder St. John a wounded soldier…
He was lost.
I was lost.
Together we made sense.
I fell in love again…
What Ryder forgot to mention was that he held a secret so explosive that it could shatter both our worlds.
02

Big Stick (Big Stick, #1)
Hockey is my life. And it's a great one. There's an endless line of women, and I get to hang with my best friend Oli. Everything is perfect until she shows up. Oli's twin sister, Flynn... hates my guts. I don't blame her. I'm part of one of the worst nights of her life.

Now she's next door and seeing her every day is killing me slowly. I wonder if we can ever get back to being friends. The way she looks at me sometimes, well, let's just say my hockey stick isn't the only thing that's feeling hard these days.

But if she finds out the secrets I'm keeping, forgiveness will be the last thing on her mind.
03

Mr. All Wrong: An Enemies to Lovers Standalone Romance
The first time I met Evie Harper, she threw a cream pie at my face. I actually hadn’t met her, just saw her. It was more like she hated everything I stood for and showed me her opinion with an airborne cream pie. Yes, she smacked me front and center on my face. The second time I saw Evie, I didn’t realize she was the cream-pie-throwing bandit, and she took my breath away in a flowing red gown at a gala. Of course I couldn’t resist her looks, so I asked her to dance. She called me a schmuck and stalked off.

My own Cinderella ran away from me. I shouldn’t have chased her down. We were all wrong for each other. But her fire red hair and feisty personality reeled me in, and I was hooked. Chicago’s most renowned playboy was finally falling head over loafers. At least it felt that way because she was like no other woman I’d met before... Evie was special...

Problem was I had trust issues when it came to women. Freud would’ve probably said it was my mother’s doing. Somehow Evie made me believe in her... trust her...

But then again how could someone so wrong for me turn out to be so damn perfect?
04

Bitter Sweet Love (Twisted, #1)
After enduring an abusive childhood and having her heart broken by the only boy she trusts, Alexis White vows to never let anyone hurt her again. She's left her troubled past behind and starts a new life at college. For the past seven years, her social calendar has been filled with frat parties, drinking, and meaningless sexual hook-ups. Until one night she unexpectedly gets saved by a tall, dark, and handsome French foreigner, Luc Blanchard. He's charming, sophisticated, and very interested in Lexi, who has presented herself as a challenge when she tells him relationships aren't her thing.

She finds herself sucked in by his own intriguing past. But everything changes when Dylan Priestley, the gorgeous boy who broke her heart and shattered her faith in friendship and love, suddenly shows up in her life again while back home on a visit. Dylan doesn't hide his feelings for Lexi, but she can't forgive or forget being betrayed by the one person she ever truly loved.

Despite the pain Dylan's caused her, Lexi is once again drawn to the blue-eyed-boy-next-door. Will Lexi choose the man who seems perfect but hides a dark side or the boy who smashed her heart into pieces so many years ago?

Warning: This book ends in a cliffhanger. This is book one of a trilogy.
05

Butt Ending (Big Stick, #2)
Sloane has been on her share of dates. She just can’t seem to find the right guy to pop her virgin cherry. Sloane’s mother, a well-known sex guru, believes she’s suffering from a hostile vagina.

Poor Sloane is beginning to believe her mother’s professional diagnosis is true.

Except for one small detail...

She’s been pining for her best friend’s brother, Oli, for the past decade.

Sloane’s heart is set on the unattainable, sexy-as-sin hockey player. She would give up on her Oli fantasy if it weren’t for those constant heated glares and that one passionate kiss that set her world on fire confirming her hostile vagina is right. Oli is the man for the job.

Problem is, Oli seems to have no intention of settling down and has clearly placed Sloane in the friend zone.

When crisis strikes, Oli and Sloane end up trapped in a car, driving to Canada with a sweet puppy and a whole lot of chemistry. But when Oli realizes she’s a virgin, he wants to run to the farthest hills to get away from her.

Butt Ending is a laugh-out-loud friends-to-lovers story. Get ready for foodgasms, dirty talk, and one heck of a sexy alpha-male hockey player.
06

Dirty Swedish Player (Big Stick, #3)
Release date November 14th!
NHL hockey star Nils Karlsson is dealing with the aftermath of a drunken mistake. A pic of his cock along with the #bigstick has gone viral.

The managers of his NHL hockey team have placed him on probation and told him to find a girlfriend and settle down, but he doesn’t want to give up on his wicked ways.

When his former stepsister reappears in his life, she’s a picture of beauty, innocence and brains. She hates his guts, but he makes her an offer she can’t refuse . . .

Broke and desperate, Sierra Cole believes bad things happen in threes. Now she’s waiting for the other shoe to drop, and it does, in the form of her former hotter-than-hell stepbrother.

She hates him with a passion, but she’s in a bind and he’s willing to pay her to be his fake girlfriend. Easy, right?

His kisses are scorching hot and he plays her body like a perfectly tuned violin. Too bad he isn’t relationship material.

Will the nerd score the dirty Swedish player, or will this fake relationship end in heartbreak?

Book three in a series of standalones
07

Dick: A Bad Boys Novel
My name is Dixon Crawford — my friends call me Dick.

I’m rich, divorced and I have two small kids.

When it comes to women, I like to play the field. I don’t want to ever be tied down again.

I met Eden at a Presidential gala and, yes, I was intrigued. When school started in September I was shocked to learn Eden was my son’s kindergarten teacher…

I’d slept around with the lonely rich mothers at the school and had earned a reputation.

A reputation Eden knew about…

Eden was on the untouchable list — the band on her finger screamed, “I'm taken.”

But when she got into trouble with her husband she asked me for help and I obliged.

I soon discovered that innocent Eden had secrets of her own. I also discovered she was beyond tempting. Giving her a little friendly help turns into something bigger than I ever imagined…

My name is Dick. I'm told I'm an asshole, but you will need to read my story and decide for yourself!
08

Deceit
From Top 100 Amazon Bestselling Author, R.C. Stephens, comes an emotional small-town romance about second chances and the power of true love.
Some love stories are picture perfect.
That’s the complete opposite of us.
I fell in love with Knox when I was just a girl.
Our love was the kind of love to last a lifetime, but deceit tore us apart.
He left me behind to become a world-renowned rock star.
Now he’s back in our small town, and he wants a second chance, but he doesn’t realize how deep the deceit in this town runs.
Once, a small town with big lies, was enough to tear us apart. Can it also be what brings us back together?

*This book was previously published under a different title and cover in 2016. This is a refreshed cover, title, and storyline.*
09

Fraud
Until death do us part. That was what I promised him and I meant every word.
Mark wasn’t perfect but perfection doesn’t exist. They say an omission is not a lie but when my husband’s secrets spin out of control, I don’t know where to turn.

Then he arrives . . . my best friend’s cousin, Hayes. He’s young and beautiful, and broken -- just like me. As a former sailor with the British Navy, he is trained to see things I don’t notice and when my husband’s secrets threaten our family, I turn to Hayes for help.
Life is a journey. I thought my husband was my final destination but it now appears that there is another man waiting for me on the horizon.

Fraud is for a mature audience only. It is a full length standalone with a sexy alpha hero and a guaranteed HEA that will leave you swooning.
10

Twisted Love (Twisted, #2)
It’s always easy to say what one should have or could have done to change the events in their life, but what happens when it's too late? When the damage is already done? Do I just give up? It’s hard to see a way out when I am lost in a sea of pain and have to face the realization that a chain of bad choices put me in my present state.

I’ve always believed I was a fighter, but somewhere along the line I forgot that, I gave up, I broke down. But here’s the thing, I wanted to be better, I wanted another chance to do better.

Don’t you think I knew all along that Dylan was my light, my love? I did. But like I said love is twisted.

When someone falls victim to their worst nightmare do you catch them when they fall or do you turn your back on them? I know I shouldn’t question this, but Luc understood my inner turmoil. Two broken souls, our bond almost seemed unbreakable. Almost.

I’ve met obstacle after obstacle. It’s laughable that I thought the threat would end with Luc. The threat is real, the fear I feel when I look over my shoulder is all real.

I’m Alexis White and I’ve learned from my mistakes, the question is: will I be brave enough to give away my heart forever?