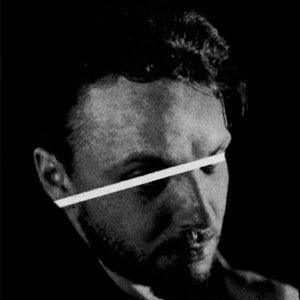 Paul Cain was the pen name of George Caryl Sims (1902–1966), a pulp fiction author and screenwriter. His sole novel, Fast One (1932), is considered a landmark of the hardboiled style.

Fast One
First published by Doubleday in 1932 in the depth of the Great Depression, an era whose seamy side it depicts, and only recently rediscovered, 'Fast One' by Paul Cain (one of the mystery men of American literature) explodes into real life with the story of one of the toughest characters ever to emerge in American fiction.

Paul Cain is the pseudonym of Peter Ruric, a man who emerged from nowhere in the 1930s, wrote 'Fast One''and several short stories and movie scripts, and then disappeared. Nothing more has been heard of him. Gerry Kells, the antihero of his shocking, brutal novel, is equally mysterious. A loner with a reputation but without a visible past, Kells simply appears, arranges the lives of the Los Angeles underworld, and then is heard no more.

Only the strong prosper in the world of the depression. Seemingly amoral, Kells does prosper. He strikes to survive, kills without conscience, with­out time for conscience. But he never becomes a mere killing machine. His integrity, his humanity, abides in a code demanding that he pay for all services: those rendered for him, those rendered against him.

Fast paced and very readable, the novel limns a true character who should take his place in our national literature, if only for his representation of the individual will to survive in one of the toughest times in American life.
02

Seven Slayers
This collection, holding some of Cain's finest work ever to appear in Black Mask, was first published in 1950. It opens, fittingly, with Black, an account of a mysterious stranger who winds up playing both sides following his macabre discovery in a nameless time. Also in the book is Parlor Trick, about beautiful Bella's fast-talking following the discovery of a corpse in her kitchen. Little is known about the life of writer George Carrol Sims, who used the pseudoynms Paul Cain for his pulp career, and Peter Ruric for his tasks as a screenwriter. Sims was that rarest of creatures-a succesful novelist and Hollywood scribe. He also dated the actress Gertrude Michael, and the character of Granquist in Fast One was based on her.
03

Omnibus
For the first time two hardboiled classics are packaged together. First published in 1933, Fast One is the roughest novel of the Black Mask school. Seven Slayers contains seven of Cain's very best short stories written for Black Mask.
04

The Complete Slayers: Fast One and the Complete Short Stories of Paul Cain
This collection features the novel Fast One and the complete short fiction written by Paul Cain for Black Mask and other pulps. This is the first time that many of them have been collected in book format. Lynn Myers and Max Alan Collins have written an outstanding introduction with new research into Cain's life.
05

A beautiful woman is driving down a lonely stretch of Long Island highway when the car beside her opens fire. The bullets shred her car but leave her unharmed, and she makes it back to Manhattan with her windshield broken but her skin intact. She is Mrs. Dale Hanan, estranged wife of a millionaire, whose gambling problem has gotten her in trouble with the wrong people. She is about to find out there are certain debts that can be paid only in blood.

No one can save her but Judge Druse, an ingenious scholar who uses his intellect to bring justice to those who escaped it while he was still sitting on the bench. When he meets Mrs. Hanan, she is drunk, and there is a dead man on the floor. Things can only get worse from here.
06

The Paul Cain Omnibus: Every Crime Story and the Novel Fast One as Originally Published
Fifteen stories and one novel—hard-boiled classics by an undisputed master


Following gangsters, blackmailers, and gunmen through the underbelly of 1930s America on their journeys to do dark deeds, Paul Cain’s stories are classics of his genre. The protagonists of ambiguous morality who populate Cain’s work are portrayed with a cinematic flair for the grim hardness of their world. Fast One, Cain’s only novel, was originally serialized in Black Mask in the 1930s. It introduces us to Gerry Kells, a hard-nosed criminal who still holds fast to his humanity in a Los Angeles that’s crooked to the core.

This ebook features an introduction by Boris Dralyuk.
07

The Word and the Spirit
10

Black: A Classic Hard-Boiled Tale from the Original Black Mask