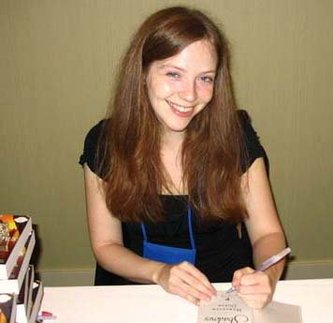 MEREDITH DURAN blames Anne Boleyn for sparking her lifelong obsession with British history. She is the author of twelve novels, all published by Pocket Books. Her debut, The Duke of Shadows, has been translated into thirteen languages and was ranked among the top 100 romances of all time by NPR and All About Romance. Her other books include RITA award winner Fool Me Twice and her February 2017 release, A Lady's Code of Misconduct, which was called one of the best romances of the year by BookList and Amazon, and received starred reviews from Publishers Weekly and Kirkus, the latter of which opined: “This book weaves its spell so thoroughly that the most fortunate reader will be the one who has time to read the entire thing in one sitting.” Her next release, THE SINS OF LORD LOCKWOOD, hits the shelves on February 27, 2018.

The Duke of Shadows
In a debut romance as passionate and sweeping as the British Empire, Meredith Duran paints a powerful picture of an aristocrat torn between two worlds, an heiress who dares to risk everything...and the love born in fire and darkness that nearly destroys them.

Sick of tragedy, done with rebellion, Emmaline Martin vows to settle quietly into British Indian society. But when the pillars of privilege topple, her fiancé's betrayal leaves Emma no choice. She must turn for help to the one man whom she should not trust, but cannot resist: Julian Sinclair, the dangerous and dazzling heir to the Duke of Auburn.

To the marble halls of London...

In London, they toast Sinclair with champagne. In India, they call him a traitor. Cynical and impatient with both worlds, Julian has never imagined that the place he might belong is in the embrace of a woman with a reluctant laugh and haunted eyes. But in a time of terrible darkness, he and Emma will discover that love itself can be perilous -- and that a single decision can alter one's life forever.

Destiny follows wherever you run.

A lifetime of grief later, in a cold London spring, Emma and Julian must finally confront the truth: no matter how hard one tries to deny it, some pasts cannot be disowned...and some passions never die.
02

Fool Me Twice (Rules for the Reckless, #2)
In the vein of Sarah MacLean, a sexy and evocative Victorian romance between a vengeful duke and a fiery redhead from an author who is a veritable tour de force in the genre.

A Lady With a Secret

Running for her life, exhausted and out of options, Olivia Holladay wants nothing more than the chance to make a home for herself. So when she realizes that the infamous Duke of Marwick might hold the key to her freedom, she boldly disguises herself as the newest and bravest in a long line of the duke’s notoriously temperamental housekeepers. Little does she know that the wickedly handsome Alastair de Grey has very different plans for her.

A Man With a Passion—For Vengeance

As his new employee, Olivia is a fearless upstart. As a woman, the daring redhead is just what Alastair needs to rouse him from darkness to the siren call of revenge. He has suffered a betrayal so deep that he will use whatever means necessary to destroy his enemies—even his brazen and beautiful domestic. But his vengeful plan fails to account for his single weakness: an irresistible and growing passion for the enigmatic Olivia.
03

A Lady's Lesson in Scandal
In gritty, working-class London, she does what she must to survive…

When Nell Whitby breaks into an earl's house on a midnight quest for revenge, she finds her pistol pointed at the wrong man—one handsome as sin and naked as the day he was born. Pity he's a lunatic. He thinks her a missing heiress, but more to the point, he'll help her escape the slums and right a grave injustice. Not a bad bargain. All she has to do is marry him.

A notorious ladies' man could take her from poverty to opulence…but at what price?

A rake of the first order, Simon St. Maur spent his restless youth burning every bridge he crossed. When he inherits an earldom without a single penny attached to it, he sees a chance to start over—provided he can find an heiress to fund his efforts. But his wicked reputation means courtship will be difficult—until fate sends him the most notorious missing heiress in history. All he needs now is to make her into a lady and keep himself from making the only mistake that could ruin everything: falling in love…
04

Bound by Your Touch
Beauty is as beauty does...

Silver-tongued Viscount Sanburne is London's favorite scapegrace. Alas, Lydia Boyce has no interest in being charmed. When his latest escapade exposes a plot to ruin her family, she vows to handle it herself, as she always has done. Certainly she requires no help from a too-handsome dilettante whose main achievement is being scandalous. But Sanburne's golden charisma masks a sharper mind and darker history than she realizes. He shocks Lydia by breaking past her prim facade to the woman beneath...and the hidden fire no man has ever recognized. But as she follows him into a world of intrigue, she will learn that the greatest danger lies within—in the shadowy, secret motives of his heart.
05

She’s been burned not once but twice by London’s so-called gentlemen . . .

Gwen Maudsley is pretty enough to be popular, and plenty wealthy, too. But what she’s best known and loved for is being so very, very nice. When a cad jilts her at the altar—again—the scandal has her outraged friends calling for blood. Only Gwen has a different plan. If nice no longer works for her, then it’s time to learn to be naughty. Happily, she knows the perfect tutor—Alexander Ramsey, her late brother’s best friend and a notorious rogue.

So why won’t a confirmed scoundrel let her be as bad as she wants to be?

Unbeknownst to Gwen, Alex’s aloof demeanor veils his deepest unspoken desire. He has no wish to see her change, nor to tempt himself with her presence when his own secrets make any future between them impossible. But on a wild romp from Paris to the Riviera, their friendship gives way to something hotter, darker, and altogether more dangerous. With Alex’s past and Gwen’s newly unleashed wildness on a collision course, Gwen must convince Alex that his wickedest intentions are exactly what she needs.

Written on Your Skin
THE SOCIETY BEAUTY WHO SAVED HIS LIFE ...

Beauty, charm, wealthy admirers: Mina Masters enjoys every luxury but freedom. To save herself from an unwanted marriage, she turns her wiles on a darkly handsome stranger. But Mina's would be hero is playing his own deceptive game. A British spy, Phin Granville has no interest in emotional entanglements ... until the night Mina saves his life by gambling her own.

THE JADED SPY WHO VOWED TO FORGET HER ...

Four years later, Phin inherits a title that frees him from the bloody game of espionage. But memories of the woman who saved him won't let Phin go. When he learns that Mina needs his aid, honor forces him back into the world of his nightmares.

IN LIVES BUILT ON LIES, LOVE IS THE DARKEST SECRET OF ALL ...

Deception has ruled Mina's life just as it has Phin's. But as the beauty and the spy match wits in a dangerous dance, their practiced masks begin to slip, revealing a perilous attraction. And the greatest threat they face may not be traitors or murderous conspiracies, but their own dark desires ...
07

They call her the “Ice Queen.” Catherine Everleigh is London’s loveliest heiress, but a bitter lesson in heartbreak has taught her to keep to herself. All she wants is her birthright—the auction house that was stolen from her. To win this war, she’ll need a powerful ally. Who better than infamous and merciless crime lord Nicholas O’Shea? A marriage of convenience will no doubt serve them both.

Having conquered the city’s underworld, Nick seeks a new challenge. Marrying Catherine will give him the appearance of legitimacy—and access to her world of the law-abiding elite. No one needs to know he’s coveted Catherine for a year now—their arrangement is strictly business, free from the troubling weaknesses of love. Seduction, however, is a different matter—an enticing game he means to ensure she enjoys, whether she wishes to or not...
08

A Lady's Code of Misconduct (Rules for the Reckless, #5)
A DEAL WITH THE DEVIL...
Trapped in the countryside, facing an unwanted marriage and the theft of her fortune, Jane Mason is done behaving nicely. To win her freedom, she’ll strike a deal with the most dangerous man she knows—a rising star in politics, whose dark good looks mask an even darker heart.

...NEVER GOES TO PLAN.
The bitter past has taught Crispin Burke to trust no one. He’ll gladly help a lovely young heiress, provided she pays a price. Yet when a single mistake shatters his life, it is Jane who holds the key to his salvation. And in a world that no longer makes sense, Crispin slowly realizes that she may be the only thing worth fighting for...
09

That Scandalous Summer (Rules for the Reckless, #1)
One Daring Widow
In the social whirl of Victorian England, Elizabeth Chudderley is at the top of every guest list, the life of every party, and the belle of every ball. But her friends and admirers would be stunned to know the truth: that the merriest widow in London is also the loneliest. Behind the gaiety and smiles lies a secret longing -- for something, or someone, to whisk her away ...

One Reluctant Suitor
Raised in scandal, Lord Michael de Grey is convinced that love is a losing gamble -- and seduction the only game worth playing. But when duty threatens to trump everything he desires, the only way out is marriage to a woman of his brother’s choosing. Elizabeth Chudderley is delightful, delicious -- and distressingly attractive. With such a captivating opponent, Michael isn’t quite sure who is winning the game. How can such passionate players negotiate a marriage of necessity -- when their hearts have needs of their own?
10

At Your Pleasure
By candlelight she lures him...

Glittering court socialites and underworld cutpurses alike know that Adrian Ferrers, Earl of Rivenham, is the most dangerous man in London. Rivenham will let nothing—not the deepening shadow of war, nor the growing darkness within him—interfere with his ambition to restore his family to its former glory. But when tasked by the king to uncover a traitor, he discovers instead a conspiracy—and a woman whose courage awakens terrible temptations. To save her is to risk everything. To love her might cost his life.

At swordpoint she defies him...

Lady Leonora knows that Rivenham is the devil in beautiful disguise— and that the irresistible tension between them is as unpredictable as the dilemma in which Nora finds herself: held hostage on her own estate by Rivenham and the king's men. But when war breaks out, Nora has no choice but to place her trust in her dearest enemy—and pray that love does not become the weapon that destroys them both.