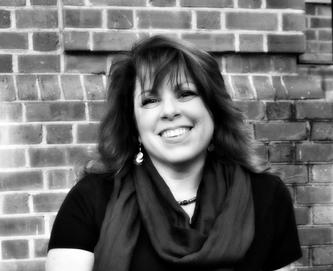 New York Times and USA Today Bestseller/contemporary romance writer Samantha Chase released her debut novel, Jordan's Return, in November 2011. Although she waited until she was in her 40's to publish for the first time, writing has been a lifelong passion. Her motivation to take that step was her students: teaching creative writing to elementary age students all the way up through high school and encouraging those students to follow their writing dreams gave Samantha the confidence to take that step as well.

When she's not working on a new story, she spends her time reading contemporary romances, playing way too many games of Scrabble or Solitaire on Facebook and spending time with her husband of 25 years and their two sons in North Carolina.

Wait for Me (The Montgomery Brothers, #1)

Executive assistant Emma Taylor is desperate for a little time away; away from her job, her life and from thoughts of her boss’s son who doesn’t seem to know she even exists. Tired of waiting for the time to be right, she takes advantage of her boss’s generous offer for a little weekend getaway to thank her for helping out with a difficult business deal.

Former NFL superstar Lucas Montgomery is still suffering from a career-ending injury. His self-imposed exile from life is exactly what he wants; a sanctuary where there’s no chance for disappointment or distractions and that’s exactly the way he likes it. While his family has been patiently waiting for Lucas to come around and embrace life once again, they don’t realize that it wasn’t just his career that was lost, but his sense of identity.

Lucas thought everything was fine until sweet, sexy and completely off-limits Emma Taylor comes crashing into his carefully constructed world one snowy weekend and turns his entire life upside down.

The Wedding Season (Enchanted Bridal #1)
There were three guarantees in Tricia Patterson's life:
1. Her friendship with Sean Peterson was rock solid
2. She had a career that she absolutely adored
3. This summer was going to be the death of her

With the proverbial "Always a Bridesmaid and Never a Bride" becoming her new mantra, Tricia didn't know how she was going to survive this year's round of weddings. Six of them this summer alone!

In an attempt to ward off the pity-party, her best friend Sean gives her the perfect solution to help her get through - he'll pretend to be her boyfriend. While not certain that was going to be of any help, Tricia's knows it also won't hurt.

When circumstances beyond Sean's control keep him from coming home to Tricia's aid, he sends his brother Ryan in his place. Four years older than his brother and his best friend, Ryan isn't sure why these weddings are such a big deal. He's also not sure of what the exact nature is of this relationship between Sean and Tricia. And that's becoming a big problem because the more time he spends with Tricia, the more he realizes that she's the one he wants to plan a wedding with.

Trust in Me (The Montgomery Brothers, #2)
All work and no play…

…would make Jason Montgomery a very happy man. Ever since his brother had married a woman who worked for their company, Jason has been walking around fending off the unwanted advances of all of the single women in his employ. Now, with a make or break business expansion in the works, the last thing he needs is a hands-on assistant who wants to get her hands on him!

For three years Maggie Barrett has happily hid in the shadows of Montgomery’s. After dealing with her own unwanted advances from her previous employer, staying under the radar was working just fine for her. But now she’s thrown into the spotlight as Jason’s assistant because he believes her to be a safe choice because she’s married.

Working in close proximity wasn’t supposed to be an issue. The lines of their relationship were clearly defined. But when a mutual respect turns into a mutual attraction how will Maggie explain that the only thing holding Jason back was just a little white lie?

Book two in The Montgomery Brothers Trilogy, “Trust in Me” is a 45,000 word contemporary romance novella. See where it all began with Lucas and Emma’s story in book one, “Wait for Me”.
04

Stay with Me (The Montgomery Brothers, #3)
Was a little peace and quiet too much to hope for?

Mac Montgomery spent two years watching his father play matchmaker for his brothers and their wives and as the last Montgomery standing, he knew it wouldn't be long until all eyes would be on him. While he couldn't deny that things had worked out well for his siblings, the last thing that Mac wanted was to get married and settle down.

He hadn't counted on his father not wanting to set him up with anyone.

And he hadn't counted on Gina Micelli.

After more than a dozen years away from her beloved family friends, Gina Micelli comes home to take care of her ailing father. Some of her most cherished memories are of the times she spent with the Montgomerys - and her crush on Mac. She was a child when she moved away, but now as a grown woman, the thought of seeing Mac again actually has her wondering at the possibilities.

Ever the responsible one, Mac makes sure that Gina is taken care of during such an emotional time. He wants to see her as a friend, as the girl that he remembers from his youth. Unfortunately, the beautiful woman she has grown into has all thoughts of a platonic relationship flying out the window. Torn between honor and passion and peace or chaos, all Mac knows is that his life is never going to be the same.

The timing is all wrong but for two people fighting for control over their own lives, their response to one another is anything but
05

Always My Girl (The Shaughnessy Brothers, #3)

Sometimes the love that's closest to you is the hardest to see.

Quinn Shaughnessy's two older brothers have found their true loves ... but Quinn's not about to join that parade. Nope, as he tells his best friend Anna, there's a lot more to life than getting tied down to one person. He's positive tomboy Anna will be on his side - except she's inexplicably developing other interests - even dating! Suddenly Quinn is seeing Anna in a very different light.

Quinn has been Anna's buddy since they were both five years old. She can tell him anything - except the one big secret she's been hiding for years - that she's fallen in love with him. Now Anna is determined to make a life for herself that doesn't include pining for Quinn. Falling in love with your best friend? Easy. Telling them how you really feel? Impossible.

Her attitude is less than merry and bright…


Melanie Harper and Christmas do not see eye to eye. While most people celebrate and look forward to the holidays, it's something she has come to dread. When she receives a gift from an unlikely source - a house in the quaint town of Silver Bell Falls - her immediate reaction is to reject it. After all, with a name like that, you're pretty much guaranteed to be surrounded by people who love Christmas!

He sees it as the most wonderful time of the year…

Josiah Stone is all about peace on earth and goodwill toward man. Maybe it's because he's the sheriff of a town named after a beloved Christmas song, but that doesn't make it any less true. Christmas is his favorite time of year and living in Silver Bell Falls where everyone feels the same and celebrates it nearly year-round only adds to his festive outlook on life.

Can a white Christmas change everything?

When Melanie is forced to stay in Silver Bell Falls during the actual holiday season, she's less than thrilled. But after meeting the sexy sheriff she finds that there is something to be said about the magic of Christmas.

The Christmas Cottage (The Christmas Cottage, #1)
Any couple who spends the night in the Christmas cottage shall have love everlasting... Lacey Quinn did not believe in happily ever after or the legend of the Christmas cottage. As maid of honor for her best friend Ava, her duties included decorating the cottage for the newlyweds. It was a simple enough task, but she hadn't counted on sexy Ean Callahan, the bride-to-be's brother, to be assisting her. Spending the evening ensconced in the overly romantic setting while a blizzard howls outside has Lacey wondering if fairy tales really do come true...
08

Stranded: Moonlight in Winter Park / One Night in the Ice Storm
What happens when two people who are supposed to hate each other are stranded together in a winter storm? Cool down after a hot summer with two fun, festive winter romances available together for a limited time.

Moonlight in Winter Park by Samantha Chase - When Hope barges into the mountain retreat of her brother’s boss, demanding that he not be forced to work through the holidays, she doesn’t expect to be trapped alone with him in a snow storm. And she doesn’t expect them to give into the attraction that was there all along. But will the magic still be there when the storm is over?

One Night in the Ice Storm by Noelle Adams - When she returns to her hometown for the holidays, Rachel doesn't expect to be stranded in an ice storm with only David Harris for company. Eight years ago, David took her virginity and then broke her heart, and she doesn't plan to forgive him. She thinks she doesn't care about him anymore, until one hot night...when the ice finally melts.
09

Made for Us (The Shaughnessy Brothers, #1)
The Shaughnessy brothers—Aiden in particular—have spent the years since their mother’s untimely death taking care of each other and trying to make their father proud. And Aiden has managed pretty well so far. But his father is starting to worry he’s neglected himself. At the age of thirty-four, he is successful and handsome, and he still has no grandchildren!

Aiden’s met plenty of attractive women over the years, but who has the time? It isn’t until he meets Zoe, a designer on one of his jobs, that he starts realizing he wants something more...
10

The Shaughnessy Brothers are back

He lives by a schedule. Aubrey Burke is on the run from an about-to-be-disastrous mistake when resort owner Hugh Shaughnessy catches her climbing through his office window. Until Aubrey tumbled into his life, Hugh had relied on work and discipline to safeguard a heart damaged by family tragedy. Now his careful world will never be the same.

She lives for the moment. Hugh’s approach to life and love is the opposite of Aubrey’s, but she soon finds herself falling hard for the handsome hotel mogul. There’s a darker reason behind her “live for today” attitude than Hugh could possibly know, but for the first time Aubrey dares to hope this man’s love might make it worth taking a chance on the future.